For 500 years, many Indigenous Bolivians sustained their history through oral storytelling, paving the way for one to make history 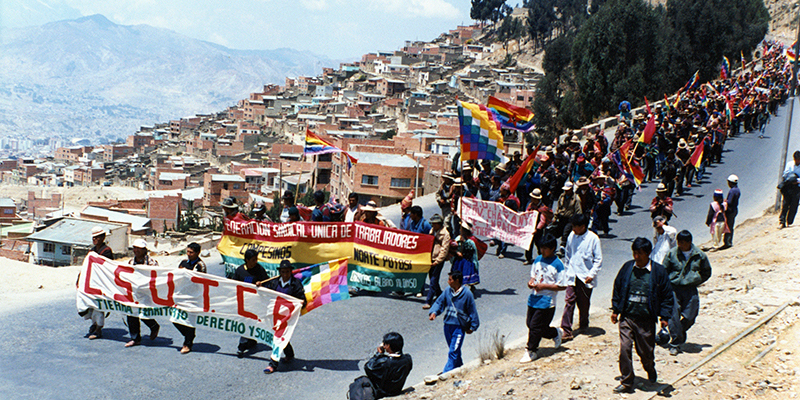 Since the Spanish first arrived in Bolivia 500 years ago, the country’s large Indigenous population has organized for control and sovereignty over their lands and natural resources. Above, Indigenous activists at the 1996 March for Land and Territory cross the same terrain into La Paz as was used more than 200 years prior by Túpac Katari and his army for similar purposes. Lecturer Benjamin Dangl connects the dots of their experiences, which paved the way for Bolivian President Evo Morales. (Photo: Museo Nacional de Etnografía y Folklore, Courtesy of the Archivo Central del Museo Nacional de Etnografía y Folklore)

While nearly half the population of Bolivia identifies as Indigenous or of native descent, it took the country nearly 200 years to elect its first Indigenous president, Evo Morales. The leftist, socialist leader—who has focused on empowering marginalized sectors of society and reducing poverty and the influences of big business and the U.S.—appears poised to garner the next “first” of his tenure on October 20, when he will likely win an unprecedented fourth term in office after nearly 14 years at the helm.

So, how exactly does a rural Aymara farm boy grow to become Bolivia’s longest-serving president and usher in a new era of policies and respect for the Indigenous way? Benjamin Dangl, a lecturer of public communication in UVM’s Department of Community Development and Applied Economics and a longtime journalist in Latin America, argues that it took 500 years, decolonization, and a grassroots restoration of Indigenous nationalism—along with some street protests and bravery—to pave the way for Evo Morales. Dangl connects these dots in his new book “The Five Hundred Year Rebellion: Indigenous Movements and the Decolonization of History in Bolivia,” and offers today’s grassroots dissidents a glimmer of hope and guidance toward effective change. 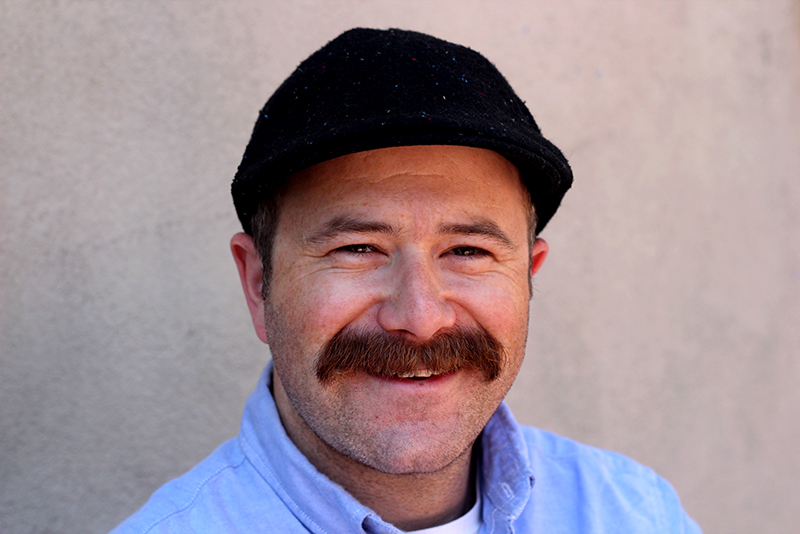 Benjamin Dangl is a lecturer of public communication in UVM’s Department of Community Development and Applied Economics, a longtime journalist in Latin America and author of new book, “The Five Hundred Year Rebellion: Indigenous Movements and the Decolonization of History in Bolivia.”

While covering Bolivia in the early 2000s, Dangl had a front row seat to the political unrest that erupted in the capital city La Paz and beyond. Decades of growing tension between Indigenous Bolivians and a series of repressive governments came to a head over the privatization of the country’s natural gas supply and its exploitative sales to the U.S. “It was a time of revolution,” Dangl says. He recalls protestors using bonfires to communicate between groups, barricading the roads to and from La Paz, calling for control and sovereignty over their lands and natural resources, and invoking the 18th century Indigenous rebel Túpac Katari. Ultimately, the turmoil would end with Morales and his Movement Toward Socialism party on top in 2006.

“How did we get to this moment historically? Where did these narratives of economic liberation, of decolonization come from? Who is sustaining these narratives? With my book, I look at how activists used oral history as a way of rescuing and maintaining leaders and histories from oblivion,” Dangl says.

Dangl uses his experience during the gas crisis in relation to the rebel Túpac Katari as an example. While Katari is widely regarded as an apostle-like historical figure by Indigenous Bolivians today, Dangl says the history books all but glossed over his story. The Aymara rebel orchestrated a 6-month siege on Spanish colonists of La Paz in 1781 with some 40,000 Indigenous troops. They blocked the road in and out of La Paz and coordinated strategies using fire signals as they fought for their land and sovereignty. (Sound familiar?) Ultimately, Spanish reinforcements arrived and ended the siege, captured Katari and executed him by quartering his body by the limbs. Just before his execution, Katari is noted to have said “I will return as millions.”

Dangl explains that the oral storytelling of Katari’s rebellion not only kept that piece of history alive for centuries, but has inspired and reinvigorated Indigenous Bolivians under the same oppression since then. “Those kinds of stories, connecting the dots of resistance across centuries, is what so many activists did,” he says. It’s worth noting that in 2013, Bolivia launched its first satellite into orbit, which they named Túpac Katari 1.

In his research for the book, Dangl worked closely with a group of oral historians and scholars known as the Andean Oral History Workshop (THOA), who preserve, revive, and collect histories of Indigenous resistance and grassroots activism from town elders across Bolivia. Collaborating with elders, they redistribute the histories and promote Indigenous movements to wider audiences via pamphlets and radio. By relying on oral histories, the THOA discovered countless other stories and heroes that didn’t quite make it into the history books like Katari, but nonetheless played a pivotal role in sustaining generations of Indigenous activism. While working with the THOA, Dangl even had the opportunity to meet a 96-year-old man who was the son of a prominent, yet largely unknown, Katari-esque Indigenous activist, and collect stories about his father’s work. 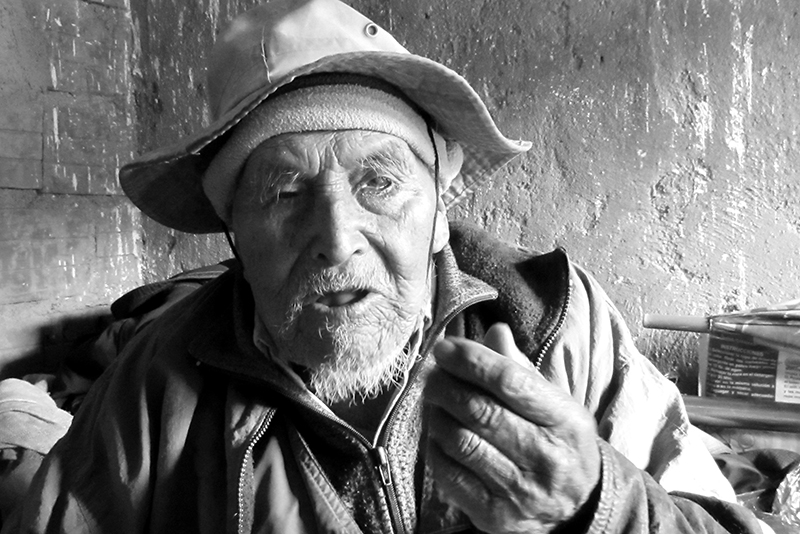 “A lot of the people I interviewed said ‘We’ve been struggling since the arrival of the Spanish. We’ve been struggling for 500 years, since 1492.’ The title of the book speaks to the continuity of the struggle, to say this isn’t something that just started,” Dangl says. While he doesn’t suggest that Morales and today’s voters are the literal return of Katari by the millions, he does contend that the president has elevated the 500-year history shared by Indigenous Bolivians and is a product of their sustained grassroots traditions.

In the struggles ahead for organizers, justice leaders and other activists who may already feel that they’re fighting an uphill battle—“people who might feel disenchanted, marginalized, alone, disconnected from the history of their movement”—Dangl says the past is a good place to explore the future. “Look back and see how it’s been done. What this book shows is that history can be a powerful tool for activists, and Bolivia is a great resource to learn from.” 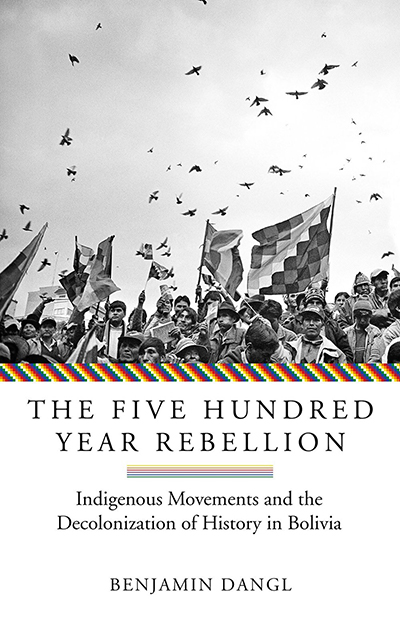