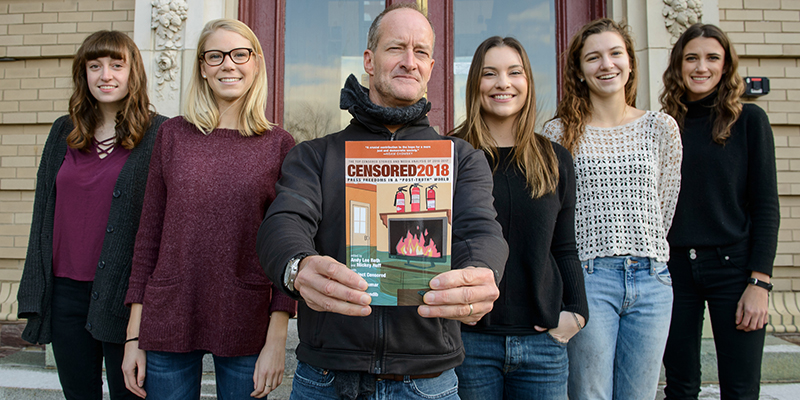 Six University of Vermont students from the Community Development and Applied Economics program are featured in the new book Censored 2018: Press Freedoms in a “Post Truth” Society.

Each year, a national panel of judges chooses 25 student written news stories to be included in the annual censored book. This year, students’ articles were selected from a pool of 350 entries from 12 different colleges. Stories written by University of Vermont CDAE students comprise nearly 25 percent of this year’s top 25 stories, a significant increase from the two UVM student written stories included in last year’s book.

Student stories are submitted to Project Censored and most are posted on the Project Censored website. A national panel of judges chooses the top 25 stories to be published in the annual Censored book. Noam Chomsky calls the project “a crucial contribution to the hope for a more just and democratic society.”

Williams developed his class Journalism 2.0 around news, censorship, independent civic journalism and the “propaganda model of news,” developed by Edward Hermann and Noam Chomsky in the 1980s, a conceptual model often referred to in Censored books. “I’m incredibly proud of our hard-working CDAE students,” said Williams. “We will continue our CDAE partnership with Project Censored this coming spring in our Journalism 2.0 class.”

Censored 2018 is available through Amazon and at independent bookstores.