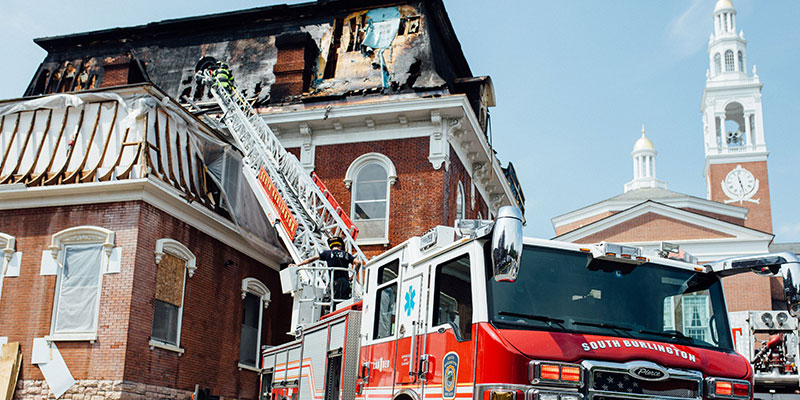 When the roof of Torrey Hall caught fire the morning of Aug. 3, burning and smoldering into the afternoon hours, UVM researchers feared that the 300,000 historic and rare plant specimens housed primarily on the top floor wouldn’t survive the blistering heat of the flames.

Or, if by some chance they did, surely the gallons of water firefighters used to control and extinguish the fire would ruin the prized scientific collection, the third largest herbarium in New England, exceeded only by those at Harvard and Yale.

But a $470,000 grant from the National Science Foundation secured in 2014 was used to upgrade storage of the collection, from wooden cabinets — tinder, in a fire — to cabinets designed to protect against fire and water damage. When the fire was out, a preliminary examination showed that the cabinets had done their job. The collection was safe. Only materials that had not been processed and were outside the new cabinets sustained damage.

The new storage also had an assist from the Burlington Fire Department. Briefed on the importance of the collection inside, firefighters arriving on the scene entered the burning building to cover the cabinets with tarps in an effort to further protect the collection (pictured below). The fire was ignited by soldering work under way as part of renovations on the 1863 building.

“If we didn’t have the funding support from the National Science Foundation, which provided us full replacement of the old cabinets, the material would have been incinerated. We would have lost the whole thing,” says plant biologist Dave Barrington, curator of the Pringle Herbarium. “And we have to give credit to the firefighters because they made some excellent decisions.” 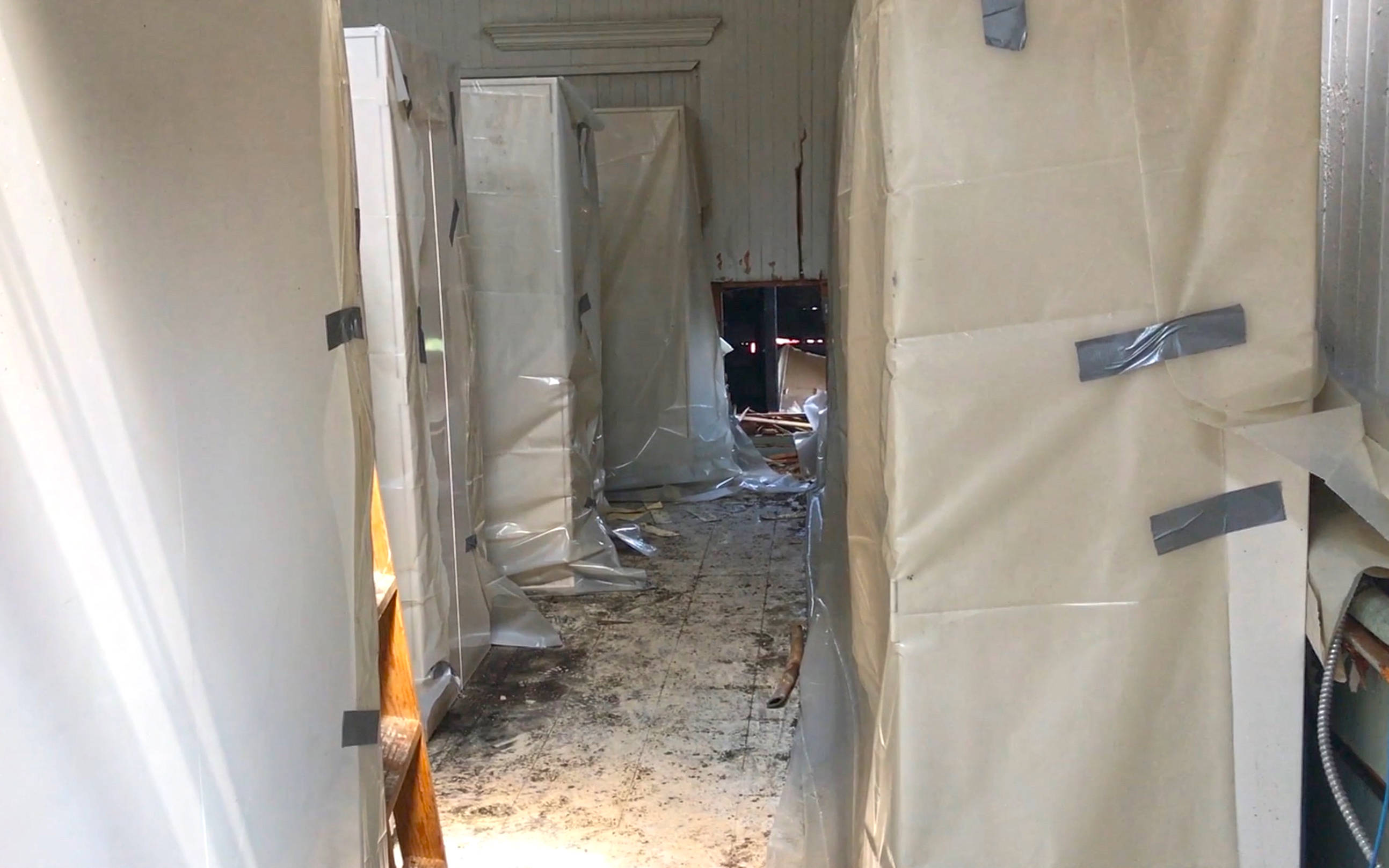 The herbarium contains specimens collected by botanists dating back to Fanny Allen, widow of Revolutionary War leader Ethan Allen. It’s named for Cyrus Pringle, a native of Charlotte, Vermont, who traveled to the western frontier in the late 1800s to discover new species, braving rugged terrain, malaria, and stage coach robbers to press, dry, and ship specimens to scientists in the east. By the end of his life, he had collected more than 500,000 specimens, 12 percent of which were entirely new to science.

The collection is critical for researchers studying plant diversity and systematics, or how living things evolve and change over time. “It’s a world-renowned resource,” Barrington says.

Two floors below, the Zadock Thompson Zoological Collections (which together with the herbarium comprise the University of Vermont Natural History Museum) were also safe from the flames and water. In total, Torrey Hall houses more than one million specimens.

The National Science Foundation grant, in addition to upgrading storage conditions for these important specimens, also provided funding to significantly expand digital imaging of the plant and animal collections, providing access to interested researchers around the globe. (Read about undergrad Gabriel Martin's work as part of that project.)

“Everything is coming out of the building,” says Barrington, who expects the specimens to move to Jeffords Hall. In the meantime, Janie Cohen, director of the Fleming Museum, has given the herbarium access to their large Marble Court to spread out damp specimen sheets, and staff from UVM Libraries have also jumped in. A team of experts will come in to figure out how to rescue the wet material.

“It’s amazing,” says Barrington. “It takes a village, and this is one hell of a village.”