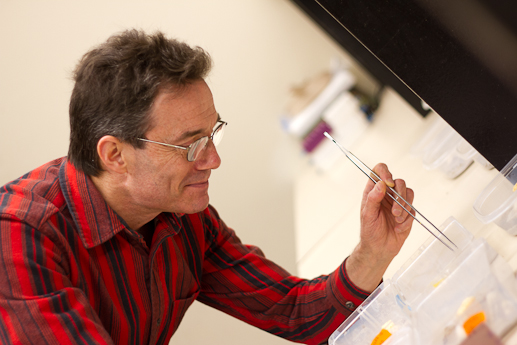 The diversity of the world’s life forms — from corals to carnivores — is under assault. Decades of scientific studies document the fraying of ecosystems and a grim tally of species extinctions due to destroyed habitat, pollution, climate change, invasives and overharvesting.

Which makes Nick Gotelli’s new report in the journal Science rather surprising.

Gotelli, a professor in UVM’s biology department, with colleagues from Saint Andrews University, Scotland, and the University of Maine, re-examined data from one hundred long-term monitoring studies done around the world — polar regions to the tropics, in the oceans and on land. They discovered that the number of species in many of these places has not changed much — or has actually increased.

Now wait a minute. A global extinction crisis should show up in declining levels of local biodiversity, right? That’s not what the scientists found. Instead they discovered that, on average, the number of species recorded remained the same over time. Fifty-nine of the one hundred biological communities showed an increase in species richness and 41 a decrease. In all the studies, the rate of change was modest.

But the researchers did discover something changing rapidly: which species were living in the places being studied. Almost 80 percent of the communities the team examined showed substantial changes in species composition, averaging about 10 percent change per decade — significantly higher than the rate of change predicted by models.

In other words, this new report shows that a huge turnover of species in habitats around the globe is under way, resulting in the creation of novel biological communities. “Right under our noses, in the same place that a team might have looked a decade earlier, or even just a year earlier, a new assemblage of plants and animals may be taking hold,” Gotelli says.

The causes of this shift are not yet fully clear, but the implications for conservation and policy could be significant. Historically, conservation science and planning has focused on protecting endangered species more than on shifts in which plants and animals are assembled together. “A main policy application of this work is that we're going to need to focus as much on the identity of species as on the number of species,” Gotelli says. “The number of species in a place may not be our best scorecard for environmental change.”

For example, the scientists write that disturbed coral reefs can be replaced by a group of species dominated by algae. This replacement might keep the species count the same, but not necessarily provide the fisheries, tourism (“algae diving” doesn’t have quite the same appeal as “reef diving”) or coastal protections that the original coral reef did.

“In the oceans we no longer have many anchovies, but we seem to have an awful lot of jellyfish,” says Gotelli. “Those kinds of changes are not going to be seen by just counting the number of species that are present.”

The new research, led by Maria Dornelas at Saint Andrews University in Scotland, carefully looked for previous studies that had tracked and tallied species over many years. The team selected 100 that contained six million observations of more than 35,000 different species — including datasets that go back to 1874 and many over the last 40 years. Given widespread observation of habitat change and individual species declines — and knowing that extinction rates are many times higher than normal — the scientists predicted a drop, over time, in the number of species observed in most of these studies.

Why they didn’t find this drop could be driven by many forces. One is related to what science writer David Quammen semi-famously termed our “planet of weeds.” In other words, invasive species or successful colonists or weedy generalists — think kudzu and rats — may be spreading into new places, keeping the local species tally up, even as the planet’s overall biodiversity is degraded.

“We move species around,” Gotelli says. “There is a huge ant diversity in Florida, and about 30 percent of the ant species are non-natives. They have been accidentally introduced, mostly from the Old World tropics, and they are now a part of the local assemblage. So you can have increased diversity in local communities because of global homogenization.”

And sampling issues may conceal important realities: some species may have become so rare — think white rhinos — that they’re highly unlikely to be found in a general species survey and so don’t show in the initial results nor disappear in later ones.

Range shifts associated with climate change could be at work, too, quickly pushing species into new terrain. On May 6, the White House released its National Climate Assessment noting that, as a result of human-caused warming, “species, including many iconic species, may disappear from regions where they have been prevalent or become extinct, altering some regions so much that their mix of plant and animal life will become almost unrecognizable.”

This study in Science, published on April 18, underlines this emerging reality, giving it a new and worrisome precision and leading Nick Gotelli and his co-authors to conclude that there “is need to expand the focus of research and planning from biodiversity loss to biodiversity change.” 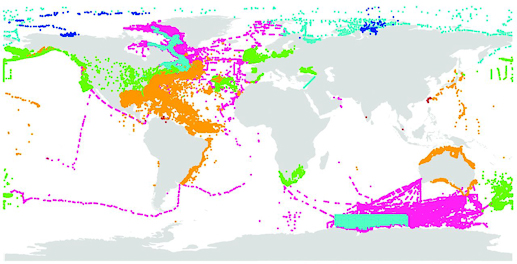