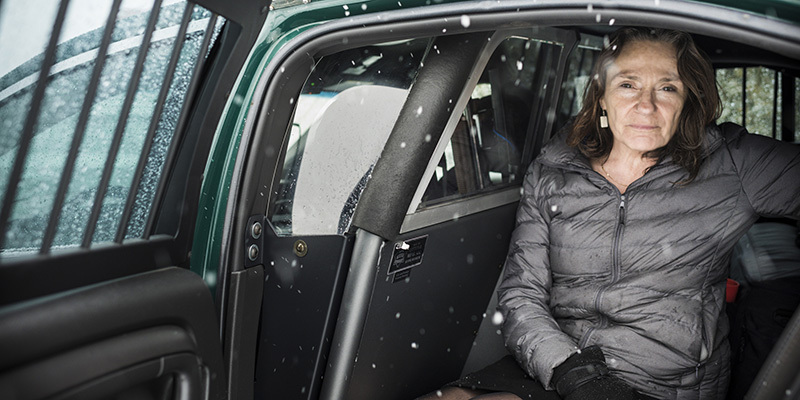 In the wake of the George Floyd killing and other incidents of racially motivated police violence, communities across the country are examining the practices of their local police departments more closely. Some are undertaking comprehensive training and education programs to address racial bias on their forces.

New research conducted in Vermont shows that, while anti-bias police trainings resulted in small improvements in some police departments in the state, they did not by and large alter police behavior.

The new studies examine police stops by agencies in seven Vermont towns and cities and by the Vermont State Police, using four additional years of data, including 2019.

The studies found that racial disparities in traffic stop outcomes have persisted, with Black drivers still much more likely to be stopped and searched than white drivers and less likely, in all but one town, to be found with contraband during a search.

In addition, stop rates for all drivers were found to vary widely across agencies, which affects the magnitude of the disparate impact on Black drivers. See the table below for agency-by-agency data. In some cases, disparities have widened since the 2017 study was published.

The fact that such little progress has been made can be disheartening but speaks to the depth of the challenge. “Racial bias in the United States is systemic, and negative stereotypes about people of color are deeply rooted,” Seguino said. “Without sustained attention and commitment, the problem is very difficult to eradicate.”

The research studies did show evidence of modest progress in some police departments.

The Vermont State Police has been a leader in investing in training and the use of data; after the earlier study, the agency dramatically improved the quality of its data collection to detect racial disparities. While the 2019 data for the state police showed a widening of some disparities, that followed several years of gradual declines in disparate outcomes. South Burlington has also seen declines in arrest and search rate disparities.

A key factor in reducing unequal treatment is leadership’s commitment to eliminating unjustified disparities and addressing officers’ racial bias,” Seguino said. “Colonel Birmingham of the Vermont State Police and Chief Burke of South Burlington Police Department have articulated that commitment. The Vermont State Police has gone a step further by using traffic stop data as a way to hold a mirror up to itself, sharing results with its troopers, and linking performance evaluations of its commanders to their effectiveness in promoting bias-free policing.

The data suggest that such efforts show promise but may require more time to bear fruit in closing racial gaps. “Recent attention to the problem of anti-Black bias in policing,” Autilio said, “has the potential to hasten change.”

The fact that the traffic stop disparities are widespread in Vermont, a state known for its progressive attitudes and policies, is telling,  Brooks said.“It makes clear that racial bias and negative racial stereotypes permeate our country, regardless of where you are,” she said. “No state is immune.”

All agency studies are available at: https://www.uvm.edu/cas/economics/profiles/stephanie-seguino

Overall stop rates and Black vs. White Differences in Traffic Policing (Equal treatment would yield a score of 1)

Note: Stop rates are for 2019 only. The remaining ratios are based on all years of available data.