Ben Teasdale’s path to an M.D. brings him across the disciplines and around the world 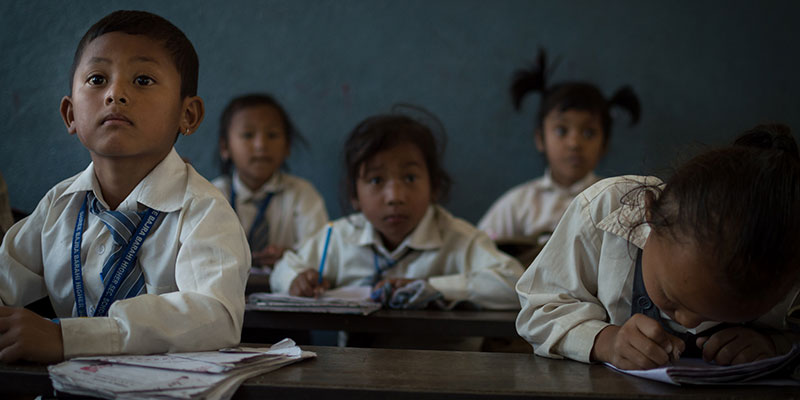 From teaching kids English in Nepal on a Fulbright to pursuing a Master of Philosophy degree at Cambridge, alumnus Ben Teasdale ’15 will bring global perspective to his M.D. training at Stanford Medicine. (Photo: Ben Teasdale)

When Ben Teasdale arrives at Stanford’s medical school in the fall of 2018, he’ll throw himself into learning anatomy, genetics, cell biology, and the other critical scientific underpinnings of becoming a competent physician. But Teasdale, a 2015 graduate of UVM’s Honors College, believes there’s another essential component to becoming a great doctor: an understanding of how history and culture are just as much a part of the medical landscape as the science.

To that end, Teasdale will enter medical school with experience as a Fulbright scholar in Nepal, which he just completed, and a master’s in philosophy from Cambridge’s Medicine, Health and Society program, which he begins this year as a Gates Cambridge Scholar — one of the most competitive and generous international scholarships available.

Why the circuitous route around the world and through the humanities for this biochemistry major? “I want to go into medicine more because of what’s problematic than what’s working,” Teasdale says. “In my career, I’m going to see things that will frustrate me if I don’t feel I have the power to change them, and when you’re trying to change something having a foot outside is beneficial. The Gates Cambridge Scholarship program is a lot about giving people this perspective, preparation and support."

It’s a path that’s been followed before. Neurosurgeon Paul Kalanithi, author of the New York Times bestseller When Breath Becomes Air, also graduated from the Cambridge History and Philosophy of Science Department before attending medical school. Inspired by physician authors and their ability to both participate in and observe and document the practice of medicine, Teasdale turned to the bios of writers like Kalanithi, Atul Gawande and Oliver Sacks to see how their path set them on an interdisciplinary approach to medicine.

The art and the science of medicine

Since his first year as a UVM Honors College student in history professor Ian Grimmer’s course “The Pursuit of Knowledge,” Teasdale has kept alive this passion for learning across the sciences and humanities. Even as he was working on a senior thesis in pathology, he was turning to Grimmer as a mentor and taking his upper-level class on “History and Social Theory” alongside history graduate students.

“I was often struck by how well-rounded he is as a thinker,” Grimmer says. “Ben clearly does outstanding work in fields like biochemistry, but he is equally at home in the humanities and social sciences.”

Outside of class, Teasdale spent time as president of MEDVIDA, a UVM community service organization that is devoted to social justice in global public health, education and development.

“At UVM, I got the exposure to these academic areas and a culture of defining solutions or careers or lifestyles in a way that might be off the beaten path,” Teasdale says. “So when I had the time to reflect, I could link those aspects of my UVM experience together.”

Spending 10 months in Nepal, in the village of Chapagaun, teaching English to first-, second- and third-graders, gave Teasdale ample time to reflect. “Lights would go out at 8 p.m.,” he remembers. “I would have hours to read every night and hours to think.”

“The most important thing that Nepal did was allow me to take a step outside,” says the Williston, Vermont, native. “It gave me the perspective that comes from living with people who don’t have the same background as you.” From that vantage point, he says, it becomes easier to see how systems are at work in our lives.

It’s that outsider perspective that Teasdale hopes to maintain, even as he undergoes the rigorous and demanding training of a medical student. The Fulbright years and the master’s in philosophy, he says, “are going to influence how I attend med school and how I become a physician.”

And with this incredible foundation, Teasdale will enter the medical profession prepared to change it.

Teasdale found support for his application to the Fulbright program and the Gates Cambridge Scholarship from UVM’s Office of Fellowships Advising. Learn more about this student resource. 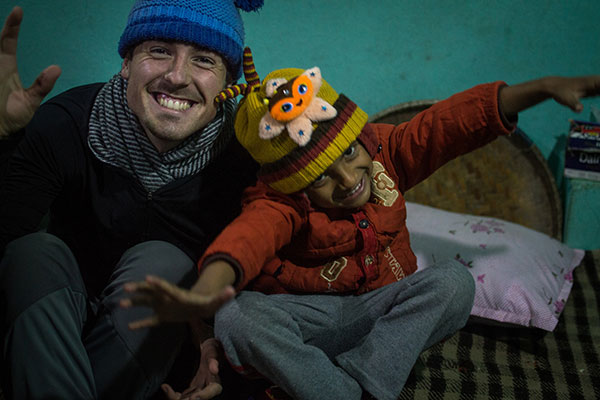 Ben Teasdale '15 with a host family member in Chapagaun, Nepal.