In a fragile landscape, Simon McIntosh ’17 finds the best places for new roads 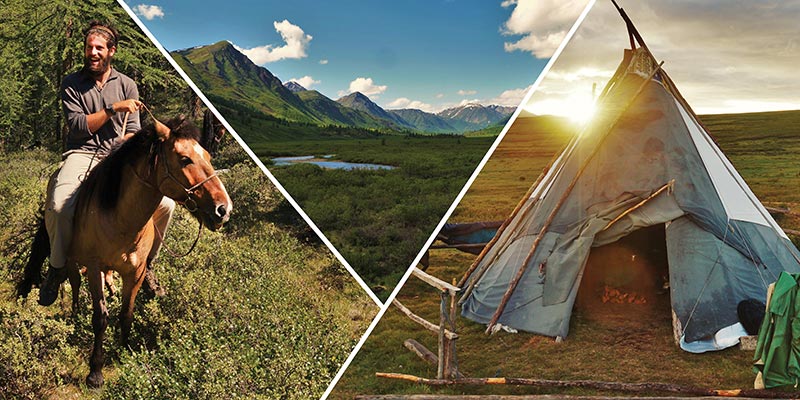 On the eighth day, Simon McIntosh ‘17 got off his horse and started walking. He was exploring a roadless mountain pass in the northernmost corner of Mongolia, near the border of Russia. To his east, Lake Hovsgol stretched for more than eighty miles. “Some people call it the Blue Pearl,” he says. “It’s stunning around there—where the steppe grasslands and taiga forests meet the Siberian mountains.” In that region, nomadic Tsaatan people herd reindeer, and endangered ibex and Argali sheep roam. A few trucks and motorcycles meander through the grasses and mud. To cross the mountains, and descend into the Darkhad Valley, there is no improved road, only rough tracks.

“But that is changing,” McIntosh says. The Mongolian government has established new national parks in the area and built a paved road from the capital to Lake Hovsgol in 2013. There has been a sharp increase in the number of visitors to the region—bringing with them greater impacts on the land and opportunities for economic development. “In a grassy field, you’ll see tire tracks going in every direction,” McIntosh says. The government now aims to build a paved road from the lake over into the remote valley. “But the question is: where?” McIntosh says.

Helping to answer that question became McIntosh’s senior thesis—and took him to Mongolia for the summer of 2016. It was his second trip there to make maps in partnership with local park rangers and the Mongol Ecology Center. An environmental studies major in UVM’s College of Agriculture and Life Sciences—with a minor in geospatial technologies—McIntosh spent weeks trekking over five mountain passes with a Mongolian partner, and a pocketful of GPS equipment—“collecting data on the Garmin every fifty meters,” he says.

“It’s a beautiful and fragile place,” he says, “and I knew my research could make a difference.”

Most of his mapping outings were on horseback and lasted “three or four days,” McIntosh says. But, late in summer, he and his working partner, Orhan, set out for eight days. “Mongolian horse saddles are not as comfortable as European ones,” McIntosh recalls with a rueful laugh. He collected the data he needed, but his backside was so sore that “by the last day I was walking,” he says.

“A road has many implications,” McIntosh says. With support from the UVM Office of Undergraduate Research, a Simon Family Public Research Fellowship—and guidance from UVM professors Patricia Stokowski, Bob Manning, and Rick Paradis—McIntosh planned his independent research expedition. In the Darkhad Valley, he input observations on his smartphone about each of the five mountain passes, like soil type and slope. Then he applied a matrix tool—including input from conservationists, local officials, and nomadic herders—to make a recommendation about which route “could help the most people,” he says, “while also best protecting the land.”

His final report, which he shared with Mongolian leaders in the region, showed that two passes could be suitable. But that the southern Öl Pass might be the best choice for a road that “links rural communities, national parks, and indigenous routes for future tourism purposes,” McIntosh notes.

“Write a thesis or do an independent study. Find a project that is yours,” McIntosh suggests to incoming students. “You should look at college as something you do, rather than something that’s done to you.” 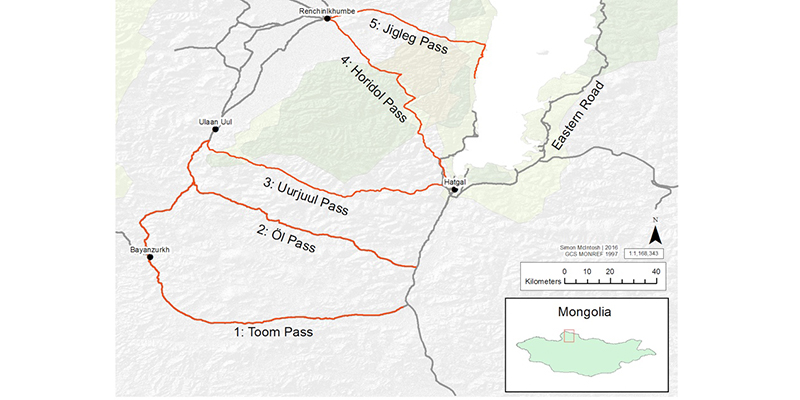