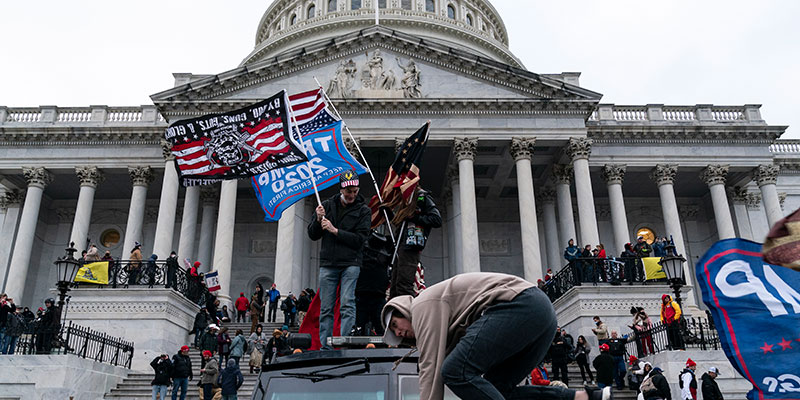 On January 6, 2021, Alex Edelman ’13, Washington, D.C.-based freelance photojournalist was working for one of his regular clients, the Agence France-Presse wire service. His assignment: cover events at the United States Capitol as lawmakers inside certified electoral votes to make Joseph R. Biden the 46th president of the United States and, outside, supporters of President Donald Trump gathered in protest.

The next day, January 7, Edelman was recovering from an incredibly stressful day and a sleepless night, processing what he’d witnessed and documented. He’s covered Trump events and dangerous situations before, and has learned to de-escalate and keep a low profile. But Edelman, who studied English and political science at UVM, says there was a decided difference on January 6 — given the size of the crowd and the sense that most had come with intent to harm — as the President of the United States stoked their rage live and in-person with another speech riddled with false claims of a stolen election. 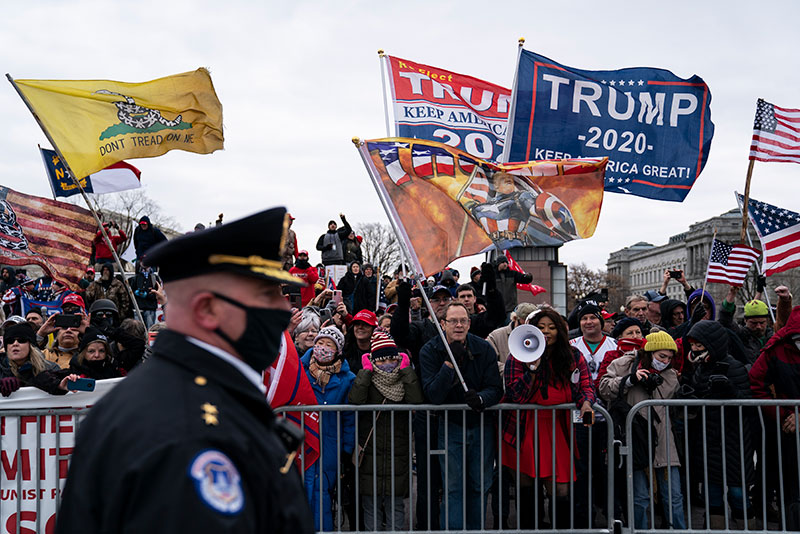 January 7, Edelman is shaken. “Honestly, I’m angry,” he says. “As an observer, as someone who is supposed to document politics, because that is mostly what I do, I think that I’m angry that it got to this point. I’m angry that people feel the way they feel and were motivated to act this way. I’m angry that people at multiple levels of the government didn’t do something about it. I’m fortunate because I get to document that history, and I think it’s an important story to tell. Normally as a journalist, you try to divorce yourself from emotion. But at this point, I have to be a human being.”

Edelman and several fellow photographers were the target of a jeering group of Trump supporters, hurling threats and cries of “fake news.” Earlier in the day, as he worked at Washington Union Station covering the arrival of the MAGA crowd, he says one woman approached him, mask-less, and got directly in his face: “What’s your name? Who are you working for? Are you going to tell the truth?” 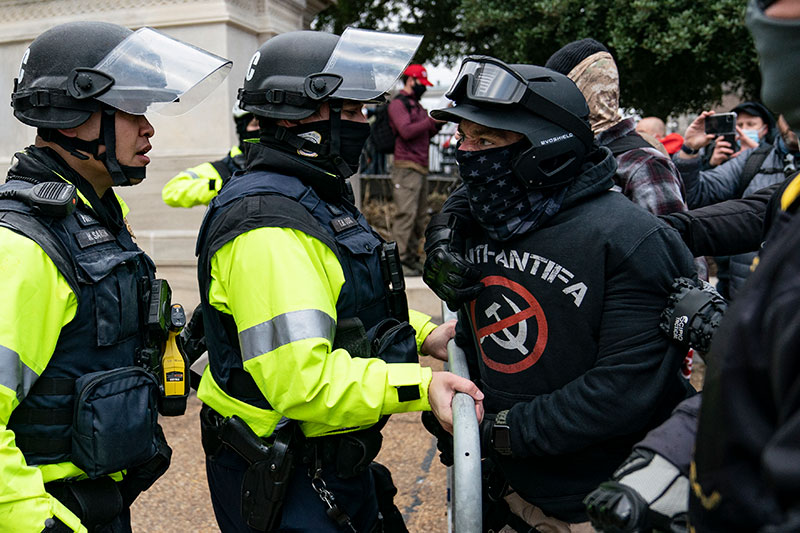 As the mob of Trump supporters climbed the west balcony of the Capitol and forced entry to the building, Edelman says he was dumbfounded by the lack of resistance they met from Capitol Police. “I didn’t think it was possible. It’s mind-blowing,” he says. “I’ve covered the Capitol long enough to know that when the Capitol Police don’t want something to happen, it just doesn’t happen.” Earlier in the day at 11 a.m., when Vice President Pence arrived at the Capitol Plaza, Edelman says he was surprised by the lack of a large police presence or barricades, usually standard in such a situation. “I have seen more police officers there to arrest Jane Fonda than were anywhere near the Capitol yesterday,” Edelman says. 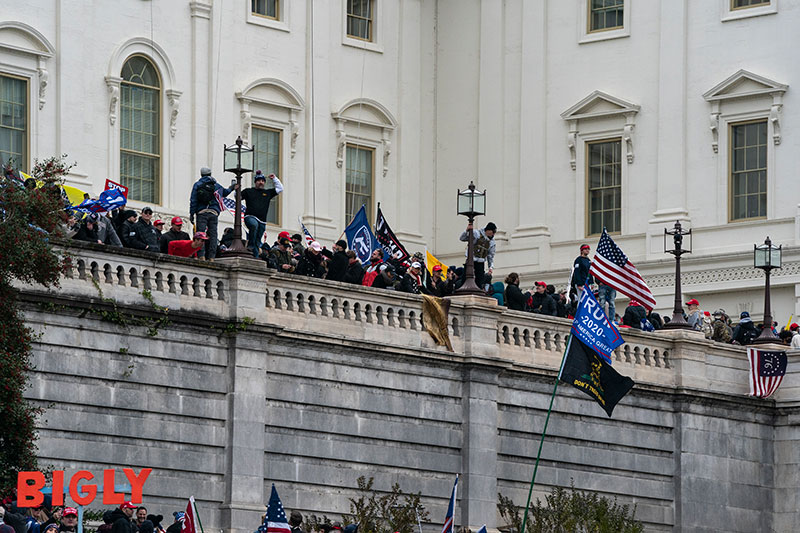 See more of Alex Edelman’s photographs on his Instagram @alexedelmanphotography and read his insights into working as a photojournalist for some of the world’s leading news publications.