A Happy Ending for 'Game of Thrones'? No Thanks, Says Prof. Gierzynski 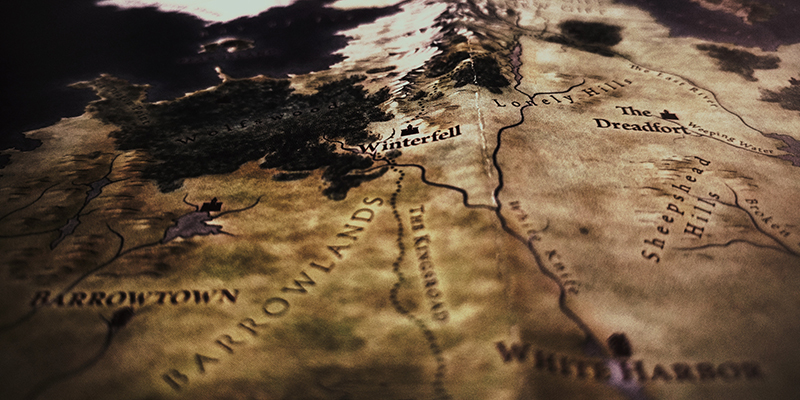 Political scientist Anthony Gierzynski and his students study how fictional stories like “Game of Thrones” impact our beliefs about the real world. That’s why he’s hoping for a brutal final season of the show; happy endings, even in scripted narratives, have political consequences. (Photo: Mauricio Santos)

With the final season of HBO’s “Game of Thrones” commencing, I imagine most fans are harboring hopes that things will turn out well for the remaining heroes in Westeros.

A large part of me hopes for the same. But a different part of me – the part that researches the political effects of entertainment – is pulling for a final season that is as brutally unjust as the first five seasons of the series. It wants the White Walkers to overrun the North and kill Jon Snow and Daenerys, or Cersei to betray the heroes after they battle the army of the dead, leaving no opposition to her claim to the Iron Throne.

A study I recently conducted with some students on “Game of Thrones” colored my views on unhappy endings, revealing that perhaps television series and movies need more of them.

People prefer stories with happy endings. For this reason, most stories developed for mass audiences – whether they’re books, films or TV shows – will conclude with the protagonist rewarded for doing the right thing.

All those happy endings, however, have political consequences – at least according to one researcher.

In a 2007 study, communication psychologist Markus Appel showed that the more fictional narratives people see, the more likely they are to believe in a just world.

The belief in a just world seems to be activated as a psychological response to experiencing the discomfort of witnessing victims of abuse, crime, economic catastrophe and war. Rather than force someone to grapple with the complex emotions evoked by these victims, this worldview operates like a shield – why devote emotional energy and resources to these people if they deserve what they got?

Can ‘Game of Thrones’ color your worldview?

When it debuted in 2011, “Game of Thrones” wasn’t like most other shows.

It didn’t just abandon the typical plot in which protagonists are rewarded for doing the right thing. It went as far as possible in the opposite direction, feeding viewers a relentless diet of cruel and brutal injustices.

Plot developments included a sadistic young king ordering the beheading of the lead character; a slaughter of unarmed guests at a wedding; physical and psychological torture; and marriages forced on young girls, who are then raped and sexually assaulted. The show taught audiences to never get too attached to any one character because that character, in all likelihood, would meet a cruel and unjust fate.

I wondered: If Appel found that fictional narratives with happy endings increased belief in a just world, could exposure to the repeated injustices of “Game of Thrones” do the opposite and reduce audiences’ tendency to believe in a just world?

My students and I set about devising ways to test for such an effect. Over two semesters we carried out a survey and an experiment, and I followed that work up with a second experiment.

For the survey and experiment we recruited participants through social media. I randomly assigned those volunteers to three groups, asking subjects in one group to watch six episodes of “Game of Thrones,” subjects in the second group to watch six episodes of “True Blood” – a show that depicts a more just world – and subjects in the third group to just fill out the survey. For the second experiment I randomly assigned students in a large class to watch either five episodes of “Game of Thrones” or the movie “The Hobbit: The Battle of the Five Armies.”

In the studies, we found that exposure to “Game of Thrones” was associated with or resulted in lower levels of just world beliefs. These findings held true even while taking into consideration other characteristics of the respondents.

In other words, exposure to “Game of Thrones” seemed to have an effect on viewers that was more akin to consuming the news than to exposure to other fictional stories.

I’m hoping “Game of Thrones” has an unhappy ending because, sadly, unhappy endings mimic reality. I recognize the need to occasionally escape from the ugliness of the real world into fictional ones with happy endings. But in a media environment dominated by entertainment, it’s also important to be periodically shocked into remembering that things don’t always work out so nicely.

That was the value I saw in the first five seasons of “Game of Thrones” – and that’s why I want to see it end badly.

This article is republished from The Conversation under a Creative Commons license. Read the original article.