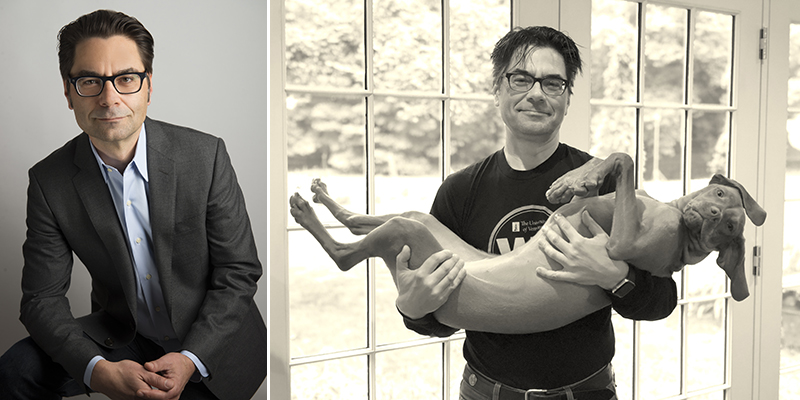 Our featured alumnus in this issue of IMPACT is Otto Berkes, G’89 (MS, Computer Science and Electrical Engineering).

Mr. Berkes has worked at a number of high-profile companies including Microsoft (where he was a founder of the Xbox), HBO, CA Technologies, and is currently the CEO of Acendre, Inc., a software company specializing in recruiting and talent management technologies. He is also the recipient of an Emmy award and the Edward R. Murrow Award, and is a member of UVM’s Board of Trustees.

IMPACT: Otto, tell our readers where you grew up, what you were interested in as you grew up, and where you went to school for your undergraduate degree.

Otto: I grew up in a bunch of different places. I was born in Hungary, and my family defected to Austria when I was five to escape the authoritarian regimes of the Soviet Bloc. We emigrated from Austria to the United States about a year later. We started out in public housing in Buffalo, and then moved to Rhode Island and then to Florida, and then back to Rhode Island and back to Florida as my father rebuilt his medical credentials and practice.

I was a lively, violin-playing kid with thick glasses and a rock collection. My brother and I taught ourselves how to speak English from kids’ shows on TV, and later, to sail, skate, ski, and play tennis. I began building electronics projects starting with a crystal radio when I was about 13.

I met my parents’ high standards for grades in high school and did well enough to get into the college of my choice, which was Middlebury College. When I started, there was a strong expectation that my career be in medicine, so initially I was pre-med. I got good grades in some classes, but failed organic chemistry despite acing the labs. I majored in physics because I wanted to know how everything actually worked. Middlebury had no computer science major at the time, but as a physics major, I managed to incorporate my interest in software and hardware into my lab work and thesis. I even got the physics department to buy one of the first PCs on campus.

IMPACT: That is quite a backstory, thank you. What was it about UVM that eventually led you to want to attend grad school here?

Otto: After we graduated from Middlebury, my girlfriend and I set out for Salt Lake City where she would be pursuing an advanced degree in math at the University of Utah. To earn my keep, I found a job as a programmer at a tiny startup. I was given a lot of responsibility and the freedom to build the next version of the company’s bread-and-butter product. I loved writing software and knew I wanted to pursue it as a profession. But I also realized that I had gaps in my knowledge.

By the time my girlfriend finished her degree, we were married, and we decided to move back to Vermont. Now it was my chance to formalize my computer science skills at UVM. Her wisdom and support were instrumental in making that decision, and so many others throughout my career.

IMPACT: We are very glad you moved back to Vermont! As noted in your introduction, you were a computer science major when in grad school at UVM. Tell us what you hoped to achieve while in grad school.

Otto: There’s an inside joke that it’s called computer science so people know it’s a real science. Joking aside, computer science is the foundation for so much of the rapid technological innovation we’ve seen in the past few decades, and has a deep impact on every other academic subject. My goal attending grad school was nothing short of understanding both software and hardware, and being able to use one to master the other.

IMPACT: Who was your advisor while at UVM? Tell us about him or her, and any other faculty in the program that were particularly helpful.

Otto: My advisor was Ron Williams, and he played a major role in my success in the program. He was positive and supportive, and always had time for me to talk through any concerns or to brainstorm about new ideas. He also helped me find a thesis project that had a practical application, and really pushed me to broaden my skills.

IMPACT: What was the topic and subject matter of your Master's thesis?

Otto: When I was in the program, it was jointly computer science and electrical engineering, and there was a silicon-level digital electronics (VLSI) design tool that was only available on the most expensive workstations. I wrote my thesis about the engineering process of taking a complex software system designed for a different operating system and architecture and redesigning it to run on a much less expensive and much less capable machine. My advisor and I weren’t sure it was technically feasible, but I managed to make it work. The project involved extensive use of computer graphics, which was of great interest to me, and it aligned with my goal of making advanced technology available to everyone.

IMPACT: Well, you created new knowledge, which is the point of academia. After graduation from UVM, what did you do next?

Otto: I went to work for a local tech company in Winooski, continuing my work in computer graphics. My wife and I bought our first house in Burlington, and we had our first child at the UVM medical center. An economic recession hit Vermont particularly hard, and it became clear to me that the company where I worked wasn’t going to make it. We reluctantly left Vermont and moved to the Bay Area. There, I was able to continue my career in computer graphics at Autodesk, a world leader in computer-aided design. A few years later I had an opportunity to join Microsoft, the company at the center of the personal computer revolution, and we moved to Seattle.

I started at Microsoft as a developer, and over time, transitioned to increasingly senior leadership roles. These including leading the effort to bring modern graphics technology to Windows, co-founding Xbox, and running other advanced R&D efforts such as the ultra-mobile PC, forerunner to the Surface and other tablet devices. After 18 years at Microsoft, I left to join HBO to lead the company through its transition to streaming services, and built HBO GO while transforming that company’s technology division. I subsequently joined CA Technologies as its CTO to help the company rebuild its innovation capabilities.

IMPACT: Did you feel like UVM prepared you well for that path?

Otto: Absolutely. I graduated with a strong set of engineering skills, and more importantly, with a framework for tackling difficult challenges. Computer science and technology has continued to accelerate at an astonishing pace since I received my masters, yet the fundamentals -- about operating systems, computer architecture, algorithms, networking, and programming languages -- that I learned over 30 years ago are just as sound today as they were then. I also benefitted from the opportunity to teach computer science at UVM after graduation. There’s nothing like teaching to further your own understanding.

IMPACT: Tell us a little about what you’re doing now.

Otto: I am currently the CEO of Acendre Inc., a tech company making software for complex organizations like government agencies to find, recruit, and develop the people they need. I love the job because it allows me to apply my leadership, entrepreneurial, and software product experience all at the same time.

IMPACT: Otto, we appreciate your time. Is there anything else you'd like to share with our readers?

Otto: When I was in grad school at UVM, I could not have predicted the things I would have a chance to do in my career. My thesis was just the first of many projects where I took risks to solve problems I wasn’t sure were solvable. People say a lot of graduate work is self-taught. The same is true with a career and in life: the focus should remain on learning at every opportunity.

I took a break between my last job and my current one, and my wife and I did some camping in the Adirondacks. I was frustrated to find that my Apple Watch had no barometer app to help us know what the weather would do without an internet connection. So, I decided to write my own. I knew that the Apple Watch hardware had a barometric pressure sensor, and figured there had to be a way to use it. I learned Apple’s latest programming language, and developed Alti-Barometer. It was difficult and incredibly fun, as solving any hard problems are.

IMPACT: Otto, thanks again for your time and for sharing your story.