In a grand hall bedecked with flags and murals, costumed revelers perform a choreographed skit around a giant papier-mâché bird. Pioneering modern artists ride hobbyhorses, practice silly dances, wear clown makeup, party on the deck of a ship, and lounge together by a Maine lake. They draw and paint together, and they buy and sell one another’s art at festive auctions. This spirited social scene was an important but often-forgotten feature of the New York art world of the 1910s, ’20s, and ’30s. In the Fleming Museum exhibition, Let’s Have a Ball! Wood Gaylor and the New York Art Scene, 1913–1936, viewers can discover these events as they were lovingly documented in the vibrant paintings of Wood Gaylor (1883–1957).

Gaylor was a prime mover in the modern art world from the teens to the thirties, but has not received the attention either his role or his work merits. Curated by Fleming curator Andrea Rosen in consultation with independent art historian Dr. Christine Isabelle Oaklander, this exhibition and accompanying catalog spotlight Gaylor’s social and artistic contributions to American modernism in the early twentieth century. Gaylor’s paintings, teeming with color and action, depict the spirited gatherings of modern artists and arts promoters. Gaylor was a member of an irreverent group called The Penguin, led by painter Walt Kuhn, which mounted elaborate costume balls and parties complete with comic performances that were the subjects of Gaylor’s most extravagant paintings. Gaylor also captured behind-the-scenes moments in rehearsals and dressing rooms, as well as artistic camaradie, as his artist-friends gathered to sketch together in the backroom of the Penguin headquarters or in rural retreat at the art colony in Ogunquit, Maine.

Gaylor painted in a seemingly naïve style partially indebted to American folk art—setting up a room or landscape like a stage set, and populating it with outlined figures in bright colors with little shading. He also experimented with alternative media and styles, including painted carved wood panels and frames, abstracted watercolors, and figure drawings and prints. Finding active group scenes to be the subject that most interested him, Gaylor landed on an approach that best expressed the mood of such proceedings: flattened oil paintings in which figures dance, prance, and cavort in spaces both grand and intimate. As Gaylor’s images document important events in the art world of the 1910s, ’20s, and ’30s, so too does his technique provide insight into the factors impacting the evolution of a distinctly American modern style.

This exhibition will be accompanied by the catalogue Wood Gaylor and American Modernism, 1913-1936, which will feature essays by Rosen and Oaklander, as well as an interview with the artist’s son Wynn Gaylor. The exhibition will travel to the Ogunquit Museum of American Art, Ogunquit, Maine, July 31–October 31, 2020, and the Heckscher Museum of Art, Huntington, New York, February 20–May 20, 2021.

The Fleming Museum is deeply grateful to Bernard Goldberg Fine Arts, LLC, for the generous support of the Wood Gaylor exhibition and the accompanying catalogue. Additional support for this exhibition is provided by the Kalkin Family Exhibitions Fund; the Walter Cerf Exhibitions Fund; and Mary Jane Dickerson, Peter and Isabella Martin, and Caroline Wadhams Bennett in memory of J. Brooks Buxton. 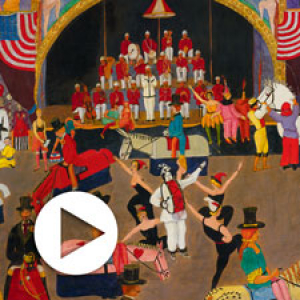 Experience the Wood Gaylor exhibition, Let's Have a Ball, from the comfort of your own home in this new video series created in response to the Museum's temporary closure during the COVID-19 crisis. Join exhibition curator Andrea Rosen and Curator of Education Alice Boone as they discuss the work of the artist set against the backdrop of the New York art scene, 1913-1936. In this five-part series, the curators explore the training and inspiration that led Gaylor to his own unique style and subject matter. 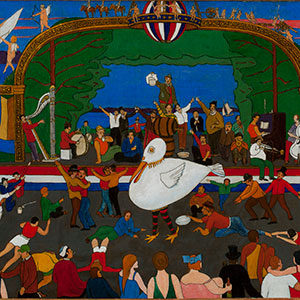 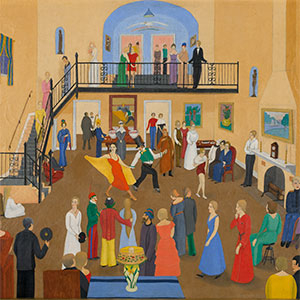 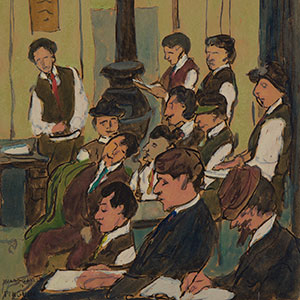 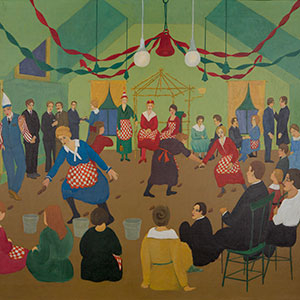 Hosted by UVM Provost Patricia Prelock, Fleming Director Janie Cohen, and the Museum’s Board of Advisors 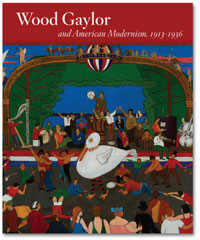 Link to view the catalogue