Miniatures—small versions of real-world objects—can be found the world over and throughout time. What is the appeal, seemingly universal, of seeing something familiar made small? What functions do miniatures serve? This exhibition will explore these questions using a wide range of objects from the Fleming Museum’s global collection.

In many historic cultures including Ancient Egypt and Pre-Columbian Central and South America, miniature objects were included in burials in order to provide service in the afterlife. In Europe and America from the 1500s to the 1800s, miniature versions of sacred texts or portraits might be carried on one’s person as a constant reminder of spirituality and family. These objects, despite their small size, were also a display of wealth, due to the laborious production and fine materials that went into creating them.

Small things naturally came to be associated with children. Dolls, dollhouses, action figures, and miniature housewares were used to educate girls and boys about their future roles as adults. Yet miniatures were also used to teach adults in a museum setting, as evidenced by many remnants of past Fleming Museum displays. This was particularly true in the case of global cultures, in which unfamiliar forms of housing or transport could be displayed in dioramas and models.

Yet, for westerners, miniatures from foreign lands served more than an educational purpose. As traders and tourists made incursions into Asia, Africa, the Pacific Islands, and the indigenous Americas, artisans in those places increased production of figures, models, and dolls of various kinds, in order to supply a ready market of people seeking decorative souvenirs of their global travels.

Miniatures from around the world have the potential not only to delight us, but to provide us with a tiny window into the intentions of the people who made them, used them, collected them, and donated them to the Fleming Museum. 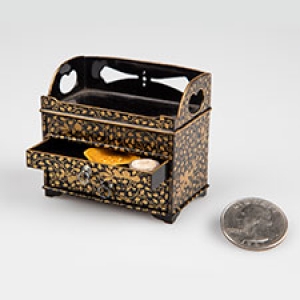 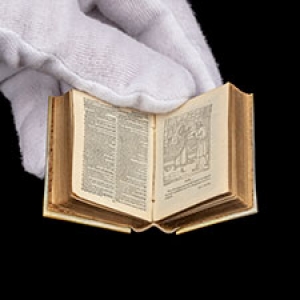 Model house with dog on roof 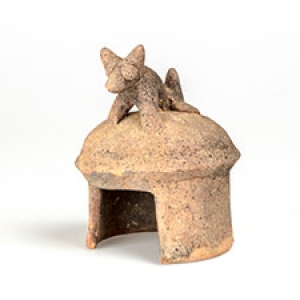 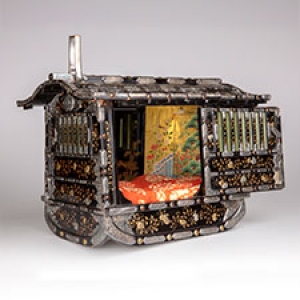 Hosted by University of Vermont President Thomas Sullivan, Fleming Director Janie Cohen, and the Museum’s Board of Advisors