Dark Goddess is a mix of ethnography, cultural anthropology, an exploration of the sacred feminine, and a co-creation with each of the individuals featured. Shanta Lee writes that beginning to share the work through exhibition has helped her to sharpen her sense of the purpose of exhibitions in general. “Bringing Dark Goddess to others has been an ongoing inquiry and invitation outside of my comfort zone,” she shared.

Dark Goddess inspires us to reconsider what has been meant by “the male gaze,” a term coined in 1975 by Laura Mulvey and an insight shared in the book Ways of Seeing by John Berger. Does Dark Goddess challenge the underlying idea that all of the ways that we see are inherently male?

“While amazing breakthroughs at the time, I think that these theories are binary and within our current context, we must think of the ways that the camera and the ways that those who have previously not been seen can engage with this technology in ways to cause powerful shifts.  As it relates to my work, I hope that it inspires more inquiry, questions about the other selves that are several layers beneath the surface of a society that categorizes and boxes,” writes the artist.

The Museum's European/American gallery features an extension of Gander's Dark Goddess exhibition called Object-Defied. Complimenting and contrasting with her photographs hanging in the Marble Court, Gander reexamines objects from the Fleming’s collection through the gaze of the sacred feminine.

Listen to an introduction to the Dark Goddess series by Shanta Lee Gander.

Browse a playlist of interviews between artist Shanta Lee Gander and her subjects.

In her exploration of the human gaze, the female body, and what it means to dance along a continuum of sacred and profane, Shanta Lee brings us further down the rabbit hole in this 15-minute short, Dark Goddess. In its combination of original and borrowed footage, this visual meditation is a kind of filmed version of Shanta Lee's Confessions from a Dark Goddess: A Travelogue (available as a brochure at the introduction to the exhibition). Within each of the five sections of the film, we are invited to bear witness to the artist's exploration of the sacred feminine across natural/cultural/personal landscapes and images transmitted through pop culture. 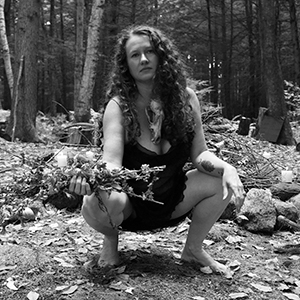 Listen to an interview between Shanta Lee Gander and her subject, Renee. 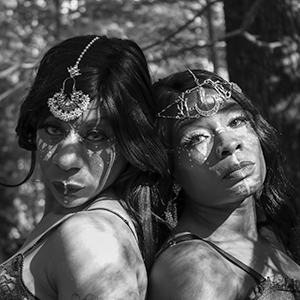 Listen to an interview between Shanta Lee Gander and her subjects, Part I

Listen to an interview between Shanta Lee Gander and her subjects, Part II 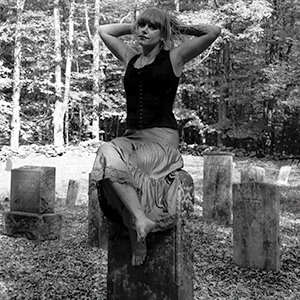 This exhibition is part of The Fleming Reimagined. To learn more about our institutional transformation efforts please read our priorities statement.