Department of Communication Sciences and Disorders

Patricia Prelock, Ph.D., is Provost and Senior Vice-President, University of Vermont. Formerly, she was the Dean of the College of Nursing and Health Sciences at the University of Vermont for 10 years. She is also a Professor of Communication Sciences & Disorders, and Professor of Pediatrics in the College of Medicine at the University of Vermont. Dr. Prelock received her Ph.D. in speech-language pathology from the University of Pittsburgh. Dr. Prelock is a recognized expert in the nature and treatment of autism spectrum disorders (ASD) and has been awarded more than $12.2 million dollars in university, state and federal funding as a PI or Co-PI to develop innovations in interdisciplinary training supporting children and youth with neurodevelopmental disabilities and their families, to facilitate training in speech-language pathology, and to support her intervention work in ASD. She has over 205 publications and 577 peer-reviewed and invited presentations/keynotes in the areas of autism and other neurodevelopmental disabilities, collaboration, IPE, leadership, and language learning disabilities. In 2019, she was named Associate Editor for the Journal of Autism and Developmental Disorders. Dr. Prelock received the University of Vermont’s Kroepsch-Maurice Excellence in Teaching Award in 2000, was named an ASHA Fellow in 2000 and a University of Vermont Scholar in 2003. In 2011, she was named the Cecil & Ida Green Honors Professor Visiting Scholar at Texas Christian University and in 2015 Dr. Prelock was named a Distinguished Alumna of the University of Pittsburgh. In 2016, she received the ASHA Honors of the Association and in 2017 she was named a Distinguished Alumna of Cardinal Mooney High School. Dr. Prelock also received the 2018 Jackie M. Gribbons Leadership Award from Vermont Women in Higher Education. Dr. Prelock is a Board-Certified Specialist in Child Language and was named a Fellow in the National Academies of Practice (NAP) in speech-language pathology in 2018. She was the 2013 President for the American Speech-Language Hearing Association and was President of the ASHFoundation in 2020 and 2021, and currently serves as past president.

My current research investigates the nature and treatment of autism spectrum disorders (ASD) emphasizing the role of social communication and perspective taking as important components of social cognition. My colleagues and I have developed both a parent informant and child measure of theory of mind that have been used as outcome measures for assessing intervention effects following the use of social stories and comic strip conversations. We have also been involved in developing parent training to support joint attention, social communication and narrative book reading in young children with ASD. Both in the past and currently, I have been engaged in the applications of family-centered care to support the effective communication of individuals with significant disabilities and their families to increase their access to care and evidence-based interventions recognizing their unique communication needs. I have also been engaged in interdisciplinary research, examining best practice models for assessment and intervention planning that are family-centered and culturally competent. I have more than 25 years of experience mentoring students in clinically-applied research and have secured more than $12,000,000 as a PI or Co-PI in training and research grants to support the interdisciplinary education, leadership and research skills of master's, doctoral and post-doctoral students across the disciplines of speech-language pathology, occupational therapy, physical therapy, nursing, medicine, social work, nutrition and education. I have a strong working relationship with collaborators in neuroscience and psychiatry in the Larner College of Medicine, where I have a secondary appointment in pediatrics as well as in psychology and education and the Center for Disability and Community Inclusion. 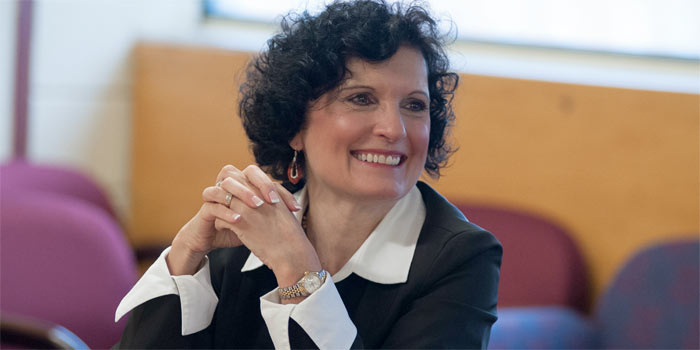