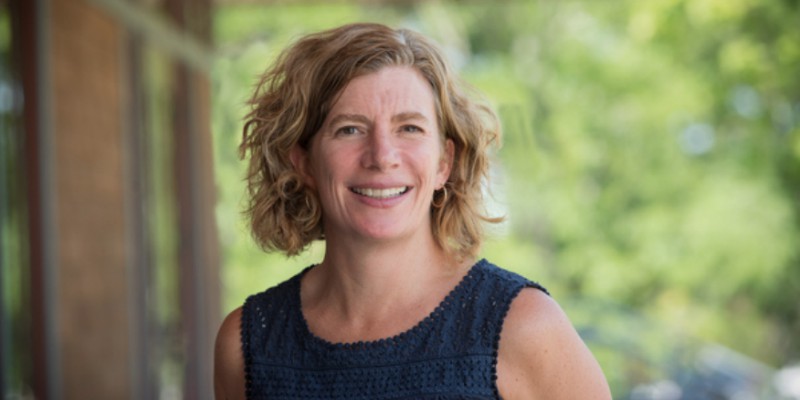 Schoolchildren know that the age of a tree can be measured by counting the number of rings in a stump. But rings in especially old trees contain data that can’t be measured so easily. For example, stands of old growth forest contain centuries worth of temperature data that can be a key to completing the picture of how the climate has changed over the past several centuries.

Shelly Rayback of UVM's geography department, and two colleagues, Grant Harley of the University of Idaho and Justin Maxwell of Indiana University, are using a three-year $360,000 National Science Foundation grant to unlock this data and reconstruct summer air temperature in the Eastern United States.

“Our colleagues have been able to reconstruct moisture availability in this region, but no one has been able to reconstruct temperature on a large scale across the eastern United States,” says Rayback, principal investigator for the grant. “This has been a thorn in our side, because while we have fairly dependable temperature data recorded over the past 120 years or so, we don’t have a clear picture of what the temperature has been like over the past 300-500 years.”

The team of researchers will use blue light intensity methods applied to tree ring samples of several temperature-sensitive tree species from North Carolina to maritime Eastern Canada, like the red spruce. A simple flatbed scanner can extract the blue light data to create a deeper paleolithic temperature record.