Discovery Alters Views on Life of St. Francis of Assisi 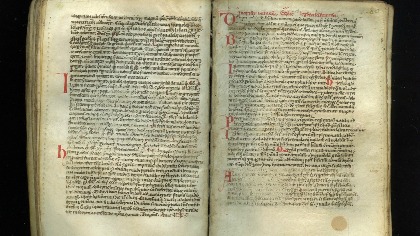 A French historian learns of a medieval manuscript about to be auctioned off in the United States and races to reveal its true value and share its secrets with the world. It sounds like the plot of a mystery novel, but fact is sometimes more exciting than fiction.

In January 2015 the French scholar Jacques Dalarun announced that he had uncovered a new “life” of St. Francis of Assisi in a battered thirteenth-century manuscript that had traveled from Umbria to Chicago.

History professor Sean Field, a specialist in medieval Europe at UVM, made a big assist in the discovery. He knew immediately he had stumbled on something important when, on a September day in 2014, he noticed a thirteenth-century manuscript for sale from a dealer specializing in relics from the Middle Ages.

Field is a friend and colleague of Dalarun, one of the world’s authorities on St. Francis. For centuries, scholars have examined St. Francis’s life through the lenses of two biographies written by Thomas of Celano, one in 1230 and the other in 1246-47. The two works are among the earliest accounts of the saint's life.

“I happened to be collaborating with Jacques on another project, so immediately I had it in mind to contact him when I saw the manuscript was for sale,” Field said.

His email to Dalarun set off a chain of events that turned the field of medieval studies on its head. At Dalarun’s urging, the manuscript was purchased by the National Library of France. News organizations from Osservatore Romano in Rome to Le Monde in Paris called it the most exciting discovery in the last half-century, and Dalarun’s interpretation of the manuscript is the basis for his latest book, The Rediscovered Life of St. Francis of Assisi.

From piecing together fragments of other documents from the period, Dalarun had long suspected that a third account written sometime between the “first and second lives” had been produced, but assumed it had probably been lost to the ages. When Field saw the document advertised at Les Enluminures, the manuscript dealer based in Chicago, he realized this might be the missing piece of the puzzle.

“It’s very much like a physicist theorizing, based on gravitational models, that there must be a hidden planet out there,” said Field. “And then it materializes. So, thanks to Jacques Dalarun’s discovery, in addition to the first and second lives of St. Francis, we have a ‘1.5’ version.”

Field explains that private collectors are often unaware of the historical significance of old manuscripts and artifacts, and auction houses are sworn to secrecy about the identity of the buyers.

“We often think of history as a settled subject,” said Field. “In reality, new material comes to light all the time and it changes the way we view past events. This discovery will alter the face of scholarship of St. Francis for years to come.”

Kevin C. Coburn
"We often think of history as a settled subject. In reality, new material comes to light all the time and it changes the way we view past events." - UVM Professor of History Sean Field 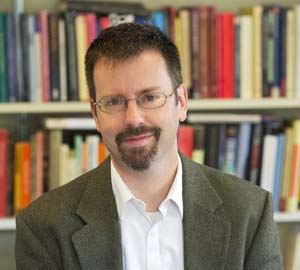