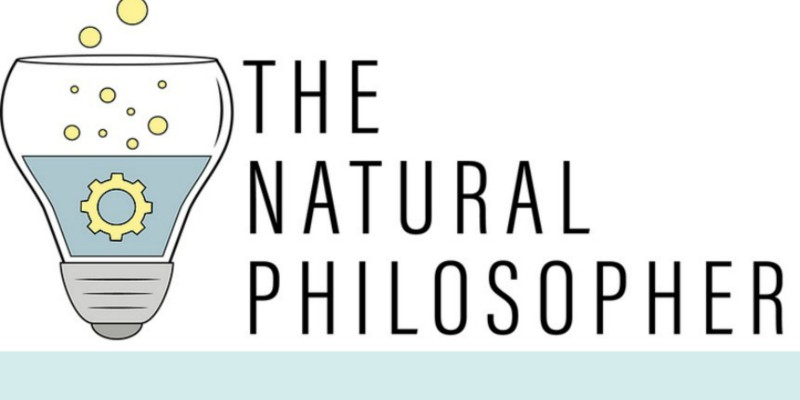 Question: “Is oobleck a liquid or a solid?”

Answer: “Wait. Oobleck is a thing?”

OK, so the word was coined by Dr. Seuss in his book “Bartholomew and the Oobleck,” but modern-day scientists of all ages use the term to describe what happens when you combine two parts water with one part corn starch.

It’s one of the recent experiments presented to local elementary school children by UVM STEM students in the Natural Philosopher Club (and you definitely should try the recipe at home).

“In a nutshell, the Natural Philosopher is all about scientific literacy,” explains biology major Maryann Makosiej ’21. “Originally the club was founded as a publication, but over time we developed an interest in reaching out to the community.”

Last semester, Makosiej and her colleagues launched an after-school pilot program at the Integrated Arts Academy in Burlington, which serves children in Kindergarten through 3rd grade. Now the group is planning monthly presentations in the school which are designed to spark young imaginations while making science accessible.

The experiments are interactive and fun, but there is a purpose behind the lessons. The oobleck experiment is really all about state changes—the substance demonstrates properties of liquids and solids (which makes oobleck, in chemical terms, a “non-Newtonian fluid.”)

“We use next generation science standards, and there’s a big national push for that,” said Makosiej. “The program is also aligned with curriculum students are learning in the classroom, so the idea is to apply what they are learning in a hands-on way.”

The after-school program is a recent development for the club which now numbers about 40 members, mostly STEM majors from colleges across UVM. The Natural Philosopher was launched in 2017 as the brainchild of two neuroscience majors, Caleb Winn ’18 and Chris Keim '18, who saw the need for a club dedicated to science journalism. This year the club received official sanction from the Student Government Association.

Members are encouraged to go wherever their scientific curiosity takes them, even if it’s outside their comfort zone. Harriet Milligan ’20 is co-president and editor-in-chief.

“I’m a neuroscience major but I’m not limited to writing strictly about neuroscience,” she says. “I like to write about the chemistry of biology, which helps give me a broader understanding about relationships between disciplines.”

Milligan says the club's editorial board expects writers to steer clear of complex terminology and describe their research in clear language so that the layperson, not just the scientist, can understand.

“The way science is reported in the media often gets jumbled," Milligan said. “It creates mistrust between the scientist and everyday person. We’re trying hard to bridge that gap.”

In the current issue, Milligan writes about the promise of CBD as an anti-anxiety medication (she concludes there is evidence that CBD delivers on its promises, but more research is needed). Jen Cook ’20 writes about breakthroughs in Alzheimer’s research. Kyla Downs ’21 writes about AI applications for environmental science.

The Natural Philosopher also has a prominent place for the graphic arts. Some authors submit a piece of artwork to illustrate their narrative; more visually inclined members of the club are free to choose articles they find intriguing and interpret them a variety of media.

Articles appearing in the Natural Philosopher are not based on opinion or conjecture—submissions are peer reviewed to be sure that scientific assertions are based on primary sources.

Members are also expected to contribute between three to four articles per semester. It’s a high bar, considering they are simultaneously conducting research and writing papers for their own classes.

But for Toby Lanser ‘22, a molecular genetics major and editor and treasurer for the club, writing about unfamiliar subjects is an interesting diversion for members, and provides exercises in reasoning and storytelling that carry over into academic work.

“Many people come back and say writing for us helps them in their academic setting,” he said. “It’s a great exercise for writers to be exposed to this cutting edge research and then be able to simplify and summarize it for anyone.”

Students interested in learning more about The Natural Philosopher are encouraged to attend weekly meetings on Tuesday at 7 p.m. in Innovation E432.

Kevin Coburn
“In a nutshell, the Natural Philosopher is all about scientific literacy.” -- Maryann Makosiej ’21. 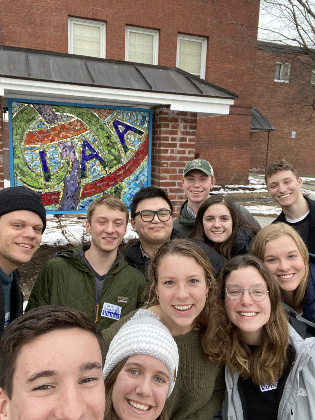 UVM Natural Philosopher club members gathered outside at the entrance to the Integrated Arts Academy in Burlington. 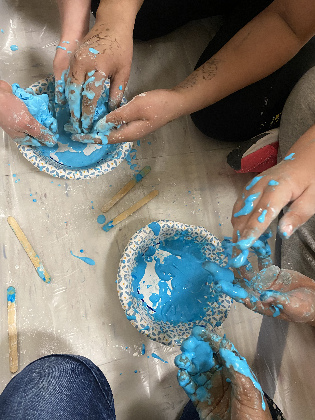