Some public monuments have to come down 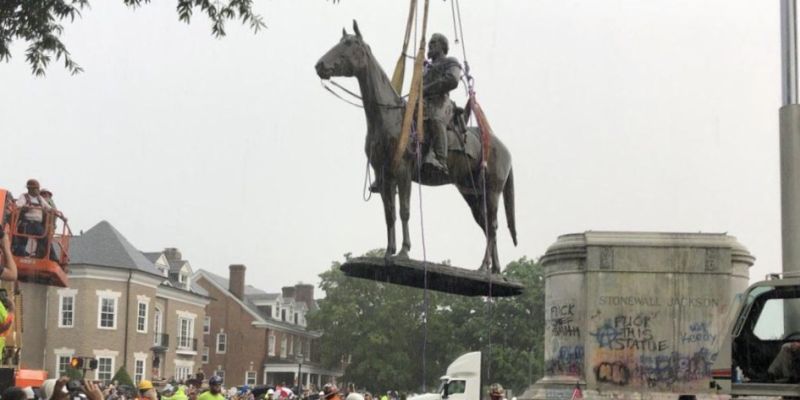 As the nation examines its history with race and racism, a national debate about the place of monuments that celebrate parts of that past is sweeping across the U.S.

“People who know little about monuments will cry out that removing them erases history. However, monuments only tell the story of those who built them,” said Kelley Di Dio, an Art History professor and internationally recognized scholar of sculpture.

While some monuments may have historical significance, Di Dio says, they may no longer have a place as a public work of art. This is particularly true in the U.S. where so many monuments to commemorate the Confederacy are symbols of white supremacy, Di Dio said. “Confederate monuments are highly unusual in the history of monuments, as they are monuments of the vanquished, not the victors.

But they reframe these men and the South’s loss by glorifying the Confederate generals and their ideals.”

“Many Confederate monuments were commissioned and paid for by the United Daughters of the Confederacy, a group that perpetuates the romanticization of the Lost Cause, which is the falsehood that the Civil War was a battle for states’ rights, and not a battle to preserve slavery,” Di Dio said.

Take, for example, a 1913 monument of a Confederate soldier in her hometown of Martinsville, Virginia, placed at the courthouse, Di Dio said. Commissioned at the height of the Jim Crow years, when institutionalized racism trampled on the rights of blacks, the monument symbolizes white supremacy and the lack of access to the judicial system. During this period many towns placed monuments in front of courthouses to exert white dominance, while at the time civil rights advocates pursued civil rights in those same courthouses, Di Dio said.

“What always struck me as a kid was that this area of the courthouse and the placement of that monument delineates the white part of town from the black part of town. You go right across the street from the court, from the side of the courthouse, and you end up in the very poor, very segregated black community in our town. And it's still very much like that in Martinsville today.” Di Dio said.

Di Dio rejects the argument that removing monuments means erasing history, pointing out that many Confederate monuments are located where there were no battles, and that they were only put up years after the end of the Civil War. Confederate monuments in former Confederate and non-Confederate states perpetuate a racially unjust system and should come down, Di Dio said. They have no place in public spaces because they perpetuate false narratives of history, and serve as painful testaments to white supremacy.

As a scholar of Renaissance sculpture, Di Dio studies monuments in other countries, like Italy, where monuments erected in the distant past are also deeply racially charged and problematic for today’s public spaces.

For example, take the monument of the Four Moors, by the famous sculptor, Pietro Tacca, in Livorno, Italy, Di Dio said.

“A beautiful, beautiful sculpture, but it is also highly problematic,” Di Dio said. “Because the marble monument depicts a white man, Ferdinand the first of Tuscany, standing above four dark bronze portraits of enslaved men.”

Italy is an increasingly diverse, but highly racist country, and the representation of a man who profited from slave trade, seen with slaves attached to the pedestal on which he stands, is no longer acceptable for a public space, Di Dio said. The question about what to do with this sculpture, Di Dio says, is a little bit harder to answer than Confederate monuments, because unlike most of the Confederate monuments, it has great artistic merit.

Probably the best thing would be to move the sculpture from its public location and into a museum, Di Dio said. Art in public spaces should reflect the values of the place where it is situated and the people who interact with it. In a museum, the monument could be displayed and have a label that explains its historical context about who the slaves were, why the monument was commissioned, why it was placed where it was, and how problematic it is.

“We should see monuments as not being so fixed that they can, in fact, be moved that our values do change in our public spaces should reflect those changes in morality.”  Dr. Di Dio said.

Art historians can help understand the context for historic monuments, but then the public needs to be empowered to use their voice about whether or not monuments of the past reflect their current values. When they don’t, they should be removed. Monuments are not permanent, just as our values are not, nor does removing them ‘erase history.’ “Indeed,” Di Dio concludes, “removing monuments does not erase history. Monuments do not teach history.  However, they do perpetuate ideas, sometimes entirely based on falsehoods, like those of the Lost Cause. As society changes, so must our monuments.”

For more on her writing and thinking on the subject a recent talk at a Rutgers symposium online here: Scarlet Speakers with Kelley Di Dio and recent commentaries on the topic, “Confronting Racism in Public Monuments in Italy: Pietro Tacca’s Quattro Mori,” Medium, 27 July 2020, and “Monuments that Erase History,” Medium, 30 July 2020. Watch an interview with Professor Di Dio on the importance of context in monument decisions here.

Dr. Di Dio is a scholar of Italian Renaissance sculpture concentrating specifically on sculpture between Italy and Spain. Di Dio is also the Associate Dean in the College of Arts and Sciences at UVM. Some of her books include Making and Moving Sculptures in Early Modern Italy (editor, Ashgate, 2015); Artistic Circulation between Early Modern Spain and Italy (edited with Tommaso Mozzati, Routledge, 2020).  In addition, she is the editor for Routledge's Visual Culture in Early Modernity series.

Mary O’Reilly is a sophomore English Major with an interest in writing presently working as a communications intern with the College of Arts & Sciences.

The Complicated Histories of Monuments 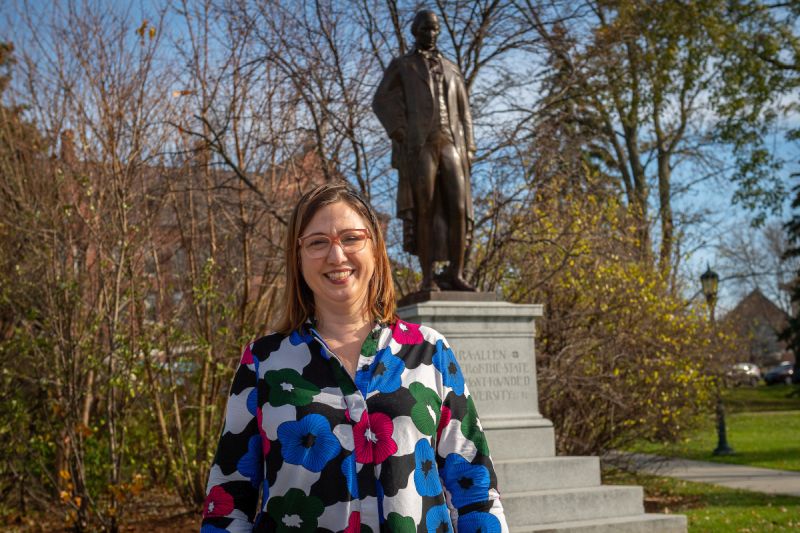