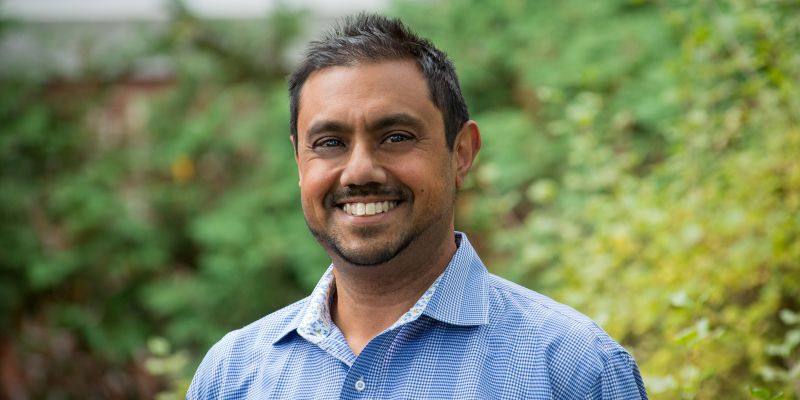 Between 2010 and 2020, in the wake of the Syrian civil war, the number of refugees worldwide increased dramatically. The United States stepped into the humanitarian crisis, expanding refugee resettlement programs and extending into smaller towns and more rural areas. How did these programs work in smaller towns? What impact have they had?

That is where Professor Pablo Bose comes in.

“There’s an important foreign policy function of having refugee programs.  It allows you to create better relations in some of the places that you want to have better diplomatic relations,” Bose said.  “And in places where you don’t necessarily have demographic growth, you need new workers, you need new blood, new businesses, and refugees can provide all of that.”

Bose, an urban geographer with a specialty in migration studies recently published Refugees in New Destinations and Small Cities: Resettlement in Vermont – the culmination of nearly 12 years of research on refugee resettlement in the state.

Refugees add value in many ways, Bose said. But in rural areas that are losing population new immigrants can be particularly important. It is not just a humanitarian effort, Bose said, but a positive infusion of new people and energy into communities.

“There are services provided by the federal government, but only up to a certain point,” Bose said.  “It generally tends to be direct support in the first year and some services up to the first five years.  But that said, for the most part, refugees are being employed quickly.  They are contributing to the local tax base. So this idea that refugees and more generally immigrants are a negative kind of drag is not really borne out.”

Research on refugee impact on the economy suggests that while we see a higher cost per individual refugee in the first generation when you calculate tax receipts, sales tax, and other things, the second generation generates a net benefit for the economy, and this is multiplied further in the third generation and beyond, Bose said.

Ultimately, while Vermont is by no means perfect for refugees, it is generally considered a very safe and welcoming place, Bose said.  Refugees have successfully created their own communities, especially in Burlington and Winooski and the surrounding areas.

In the book, Bose examines refugee resettlement programs in three Vermont cities, Burlington, Winooski, and Rutland, and compares the patterns he observed to other patterns seen throughout the United States.  One such pattern is secondary migration.

“One of the things we see in refugee resettlement more generally across the US is a lot of what is called secondary migration,” Bose said. “People come to a place and then go on to another place.  We have seen a lot less of that in Vermont.”

One disadvantage Bose spoke to was the cost of living in Vermont.

“I would say that Vermont is more expensive than, say, the Midwest,” Bose said.  “It has less housing stock.  There are fewer industries.  However, employment is still quite high for refugees coming here because the resettlement agencies work pretty closely with institutional employers.”

Unfortunately, Bose said, the Trump administration has shrunk the numbers of new refugees considerably.  If previous plans had continued, nearly 200 refugees would have been resettled in Rutland, Bose said. That number is currently sitting at a 14.  Depending on the results of the 2020 election, the number of resettlements may go back to the high numbers of four years ago, or we may see the program eliminated altogether, Bose said.

Nicholas Kelm is a student studying English and Philosophy at the University of Vermont.  He is currently working as an editor for the Center for Research on Vermont’s Newsletter. 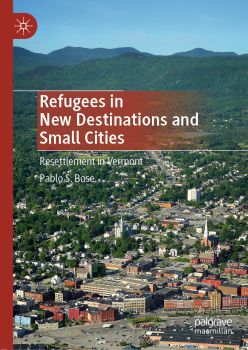