Putting the Welcome Sign Back up: A new approach to refugees 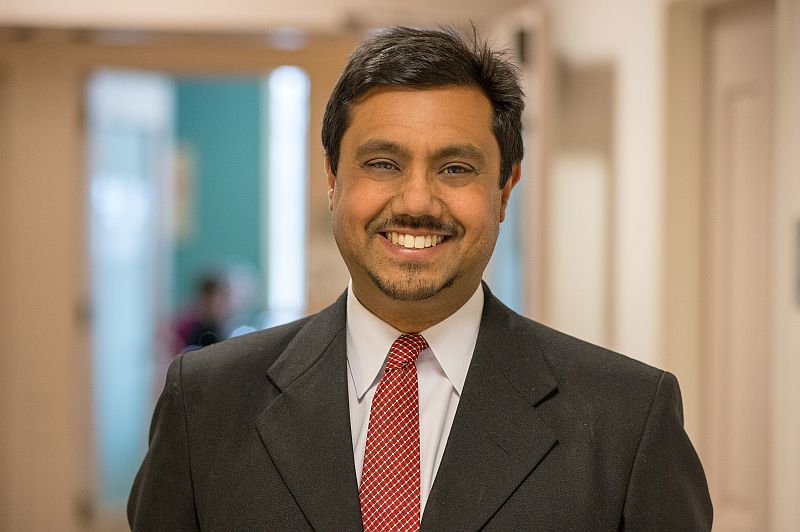 Welcoming and settling refugees in the United States is the right thing to do for a number of reasons, argues Pablo Bose, an urban geographer and migration studies scholar at the University of Vermont.

“I think that there’s a moral imperative for us to help others...If America thinks of itself as a just society, [resettling refugees] is part of that obligation to make the world better.”

Bose, the author of “Refugees in New Destinations and Small Cities,” is encouraged by a recent announcement from the Biden Administration setting a goal of accepting 125,000 refugees a year.

“There’s an important foreign policy function of having refugee programs. It allows you to create better relations in some of the places that you want to have better diplomatic relations,” Bose said. “And in places where you don’t necessarily have demographic growth, you need new workers, you need new blood, new businesses, and refugees can provide all of that.”

Although the United States has traditionally been a leader in refugee resettlement, refugees integrated into the U.S. dropped from 75,000 a year during President Obama’s time in office to 11,000 in President Trump’s last year in office. Defined as persons fleeing war, persecution and natural disasters, refugees make up a worldwide population of more than 40 million, according to the United Nations.

Refugees add value in many ways, Bose said. For instance, in rural areas that with declining populations, new immigrants can be particularly important bringing a positive infusion of new people and energy into communities.

Research on refugees’ impacts on the economy suggests that while we see a higher cost per individual refugee in the first generation of resettled families, when you calculate tax receipts, sales tax and other factors, the second generation generates a net benefit for the economy, and this is multiplied further in the third generation and beyond, Bose said.

Unfortunately, Bose said, the creation of false narratives about refugees have complicated re-settlement efforts, adding layers of unnecessary protocols to the process.

“Refugees are the most scrutinized immigrant group that comes into the country...each individual goes through multiple layers of checking.” But new rules created during the Trump administration did nothing for safety and only served to undercut the program, Bose said. Underfunding the programs also contributed to the decline in numbers.

“We have enough problems in the world that we do not need to invent them, refugees are not going to bring some apocalypse to you,” Bose emphasizes, “I remain deeply frustrated by what happened over the last four years because it will take a lot of work to rebuild over a period in which we could have been improving.”

Although Bose welcomes the new goals, getting to the numbers that Biden is shooting for will be difficult, he said.

“The reality is that it will take a lot longer to ramp those numbers back up, in part because of the number of obstacles and checks already in place,” Bose said.

Although Bose has studied migration and refugee programs around the world, his new book is focused on refugee resettlement programs in small cities, outside of the traditional areas, with a particular focus on Vermont.

Ultimately, while Vermont is by no means perfect for refugees, it is generally considered a very safe and welcoming place, according to Bose. Refugees have successfully created and found communities in Burlington, Winooski and surrounding areas.

In the book, Bose examines refugee resettlement programs in three Vermont cities — Burlington, Winooski and Rutland — and compares them to patterns he’s observed throughout the United States. One such pattern in which the state leads is in minimal secondary migration.

“One of the things we see in refugee resettlement, more generally across the U.S., is what is called secondary migration,” Bose said. “People come to a place and then go on to another place. We have seen a lot less of that in Vermont.”

Willow Zartarian is a sophomore majoring in Economics with minors in English and Psychology.  She is interested in topics related to social justice and economic inequality.

Refugees in New Destinations and Small Cities: Resettlement in Vermont by Pablo Bose