Philosophy and Farming: Plato’s Pigs draws from the past to build the modern case for sustainability 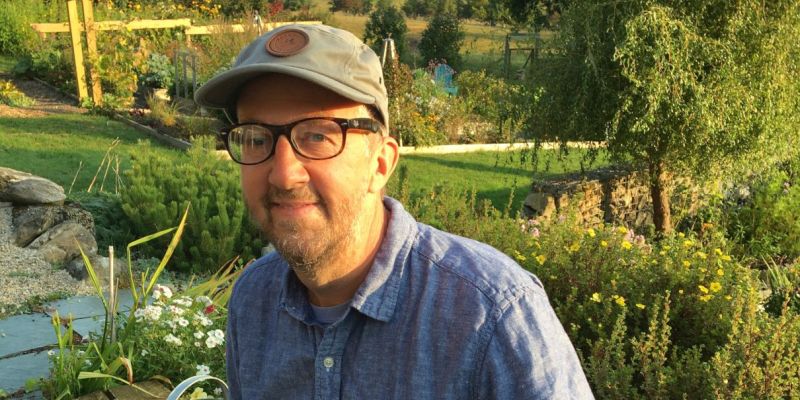 Mark Usher on his farm in Shoreham, VT

Mark Usher lives a double life. When he’s not pouring his passion into the study of Classics, he is surrounded by 100 sheep at his farm, Works and Days Farm, in Shoreham, Vermont. Over the past three years, Usher has been combining his love of farming and drive for sustainability with the cheeky writings of Plato and others in his latest book, Plato's Pigs and Other Ruminations: Ancient Guides to Living with Nature, published by Cambridge University Press.

“The book is exactly that kind of marriage of vocation and avocation,” Usher said.

Usher is committed to a life of farming, but his life is also heavily influenced by an abiding interest in poetry, philosophy, and topics that have little to do with farming. His book brewed as he began to notice sustainability principles in ancient culture and philosophy.

“This legacy that we've inherited from the so-called Western canon is very sympathetic to environmental and ecological concerns,” Usher said.

When his wife, Caroline, suggested he write a book merging his two passions, Usher sharpened his connections between farming, sustainability, and philosophy diving deeper and deeper into his research and reading.

“An ethos of sustainability and frugality and thinking about proper engagement with one's environment, especially in philosophy, but also in some aspects of ancient religion, are very, very conducive to that line of thought,” Usher said.

The book gets its title from its fourth chapter, “A City for Pigs,” in which Usher examines a thought experiment by the famous philosopher. In the Republic, Plato develops the concept of the ideal city. But before embarking on an investigation of the Utopia for which he is famous, Plato describes a city that is healthy, frugal, rustic, rural, and most importantly -- sustainable.

In this first city, farmers play a central role and everyone lives peacefully together. When one of Plato’s characters calls that city a “city for pigs,” referring to the vegetarian diet, Plato turns the situation on its head, showing that the opposite is a feverish city, dirty, and polluted.  In this chapter, Usher explores this city of pigs -- an ecologically sound city that lives within its own limits.

“The title Plato's Pigs comes from that signature chapter,” Usher said. “I believe that Plato is a systems modeler of a sustainable society. And that's what I argue that the Republic’s all about,” Usher said.

Usher describes Plato as a respecter of limits, whereas Plato sees his contemporaries as motivated by greed and ambition. The solution, Plato proposes, is to rework society from the ground up.

Much like Plato, Usher describes the climate problem as a symptom of a fundamental problem in human motivation and values. Not only do these motivations deviate from models of functional societies, but they are also the antithesis of many traditional values enshrined in many cultures.

“Showing due respect for others, whether it be people or, you know, nature or resources, I mean, that idea of just recognizing the agency of other beings and other entities in the world is something we've lost. So that motivates me. I think that that problem needs to be fixed and nothing else will be fixed until that problem is addressed,” Usher said.

While Usher is driven by the condition of the planet, everything, in the end, comes back to the fusion of farm work and intellectual work. Even the farm he owns and operates with his wife is named after an ancient Greek poem by Hesiod. Usher looks to a passage in art critic John Ruskin’s The Stones of Venice for inspiration: “It says that head work and handwork need to go together. The thinking person should be a doing person and a doing person should be a thinking person. And that's pretty much what motivates me to get up and feed the sheep every day,” Usher said. 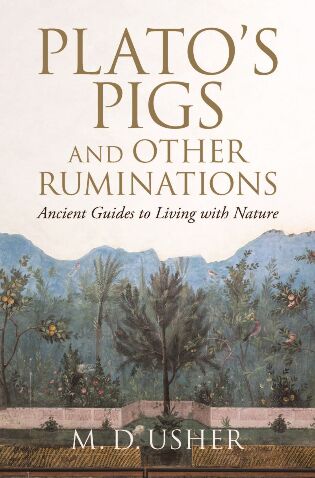