The Past and Future of Women's Suffrage 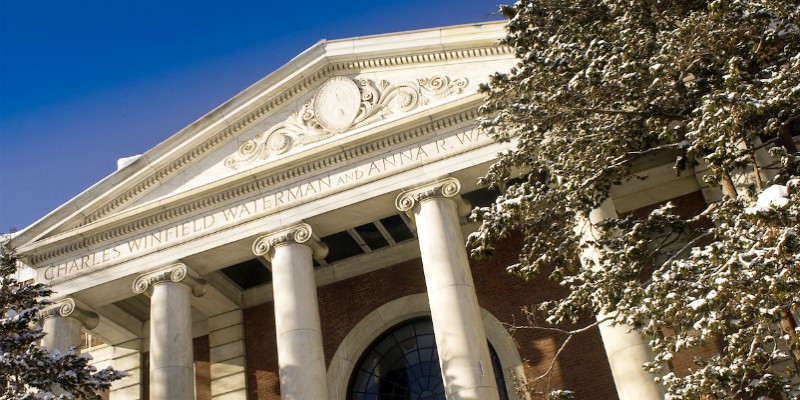 On February 19 in Waterman’s Memorial Lounge, five speakers presented a look back at Congress’ passage of the 19th Amendment to the Constitution in 1920, and discussed barriers women still face today in exercising their right to vote and run for public office.

The event, marking the 100th anniversary of the right to vote for women in the U.S., was sponsored by the UVM Gender, Sexuality and Women’s Studies program.

Vermont’s first female Governor Madeline Kunin (from 1985-1991) pointed out that it took nearly 100 years to pass the 19th Amendment, and many of the architects of women’s suffrage, including Susan B. Anthony and Elizabeth Cady Stanton, didn’t live to see the amendment ratified.

Kunin, a UVM Distinguished Visiting Professor, saw reason for optimism about greater representation for women in government after being elected governor in 1992 as a Democrat.

“I was the fourth woman governor to be elected in her own right—there were other women who served after the death of their husbands,” she said. “I thought the dam had broken and there would be lots of women elected to governorships and other offices. Right now there are nine women governors in the U.S. which is a record.”

Still, she noted, progress has been slow, with women in distinct minorities in both the House and the Senate.

UVM History Professor Melanie Gustafson gave an overview of the ways the suffrage movement has been memorialized across the United States, often in misleading or historically inaccurate ways. She used an 1873 political cartoon to illustrate what was really at stake in the voting rights debate. The cartoon pictures Susan B. Anthony in the foreground; behind her is a woman dressed in a police officer’s uniform. Two men, one holding a baby, the other a shopping basket, are having a discussion.

“The cartoon captures an important point—people were really worried that if women have public space and women have the vote, that the world will turn upside down,” Gustafson said. “Gender rules and power relations change. So the suffrage movement is about getting the vote, but it’s also about much more than that.”

Lisa Holmes, UVM associate professor of political science, provided data about women’s participation in recent elections, both as voters and as candidates. She showed that while the 2016 Democratic presidential candidate Hillary Clinton won the women’s vote, it was mostly as a result of support from minority women. White women actually favored Republican Donald Trump by a nine-point margin.

Holmes says recent research by University of Virginia scholar Jennifer Lawless shows no systemic bias against women compared to men regarding electoral prospects. But an “ambition gap” may explain why women are comparatively underrepresented.

Vermont historian Marilyn Blackwell provided a more local perspective on suffragists in Vermont. She told the story of Clarina Howard Nichols, who was educated in West Townshend, Vt., and later moved to Kansas where she introduced a petition calling for equal political and civil rights for women at the 1859 Kansas constitutional convention. Blackwell also spoke about Lucy Daniels of Grafton, Vt., who attended law school at New York University. She and her sister decided to protest their lack of voting rights by refusing to pay their property taxes. In 1917 she traveled to Washington to protest women's disenfranchisement at the White House gates; she was arrested and jailed as a result.

Kiah Morris, a former state representative from Bennington, contributed deeply personal testimony of her experience running for office as an African-American woman. “Women are the vanguard of justice in this country, and women of color are the ultimate vanguard of justice,” she said.

Morris’ experience is steeped in the history of the Civil Rights Movement in the 1960s. Her forebears lived in Philadelphia, Mississippi, and her great-grandfather was Deacon of the Mt. Zion Methodist Church in 1964. The church participated in a black voter registration drive that year, and Ku Klux Klansmen attacked members of the church and burned the building to the ground. Afterwards, four white Freedom Riders who reached out to parishioners were murdered, an event popularized by the film “Mississippi Burning."

Morris won two terms in the Vermont legislature but resigned in the wake of repeated harassment and threats.

“(Politics) is a difficult, dangerous, and complicated game,” she told a largely student audience. “This is not just about a sticker on the shoulder because you cast a ballot. It is about life and death for many in this state, and many in this country.”

Kevin Coburn
Vermont’s first female Governor Madeline Kunin pointed out that it took nearly 100 years to pass the 19th Amendment, and many of the architects of women’s suffrage didn’t live to see the amendment ratified.