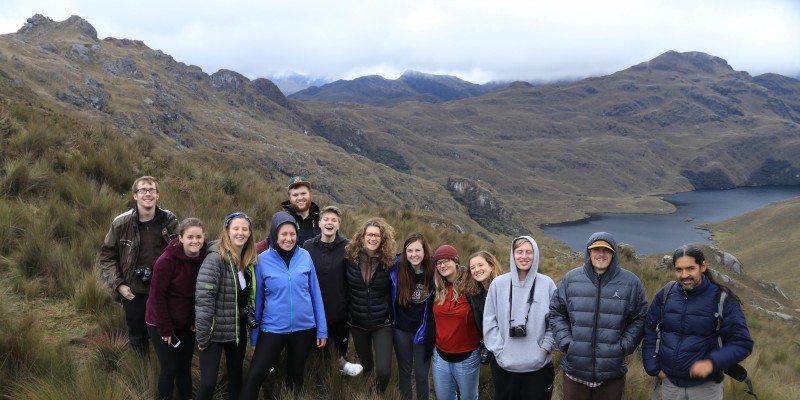 Born and educated in the United States, Stuart White spent two years in Colombia as a livestock extension agent with the Peace Corps. Later, his academic research took him to the upper Amazon in Peru, where he completed his doctoral fieldwork.

In the early 1980’s he was appointed assistant professor of geography at the University of New Mexico-Albuquerque. But he was so taken by the land and people in the Andes that he bought property in Ecuador in 1982 and eventually settled there. He's worked as a researcher, educator, alpaca rancher, and manager of a private protected area, the Mazar Wildlife Reserve, ever since.

“I became an Andean junkie beginning in the Peace Corps,” he explains. “Living at high altitudes, you can see forever, and the sky isn’t above you, it embraces you.”

Every year since 2012, White has shared his deep knowledge of the páramo—the extraordinary high-altitude savanna in the Ecuadorean highlands—during a Spring Break travel course titled “Ecuador: Reading Grass Páramo–The High Andes Underfoot.” It is one of several travel courses offered this spring by the College of Arts and Sciences. In his course, students will visit three mountainous paramos, located within Cajas, Sangay and Chimborazo National Parks. Students will have the option of climbing to 16,700’ on Chimborazo, a giant volcano that highlights the environmental constraints on the paramo plant community.

White was on campus in mid-October, providing an information session which includes a slideshow of the spectacular vistas between tree line and the snowline. At a distance, the steeply undulating landscape, stretching as far as the eye can see, appears covered with a layer of peach fuzz. The color can appear olive green or tawny yellow depending on the ambient light. Viewed up close, the spiny tussock and bunch grasses come into clear relief.

“One of the central questions students explore is, “What are the origins of this community of plants—and why doesn’t it eventually convert to forest?’” said White. He suggests the answer lies not, as often supposed, in fires caused by volcanoes or lightning, but fires set by early hunter-gatherers, since shortly after the Ice Age.

The region also offers a unique set of fauna, including the spectacled bear, the South American cougar and the Andean fox or culpeo, each reminiscent of their North American brethren. Given the sparse human population in the paramo, White lives in close proximity to these animals and he describes the delicate problem of balancing the opposing interests of wildlife preservation and ranching. He shows a photograph taken by a nocturnal camera trap of a magnificent puma feasting on an alpaca carcass.

Kerry Brosnan ’21, a student who participated in the course last semester and attended the info session, didn’t see the wild fauna directly, but her group did stumble on a place where a bear had recently bedded down–the animal was probably disturbed by their approach.

“This course was the best experience I’ve had so far at UVM,” Brosnan enthused.

Dates for the course are March 8-17.  Students will travel together on a flight leaving JFK on Friday evening, March 8, and be received when they land in Guayaquil, Ecuador. More information is available at https://learn.uvm.edu/study-abroad/study-abroad-programs/ecuador-reading-grass-paramo-the-andes-and-the-anthropocene-underfoot/. Or write the instructor, Stuart White, directly, at stuart.white@uvm.edu.

Kevin Coburn
“I became an Andean junkie beginning in the Peace Corps. Living at high altitudes, you can see forever, and the sky isn’t above you, it embraces you.” - Stuart White 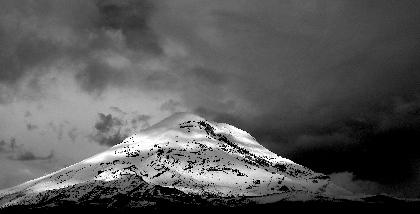 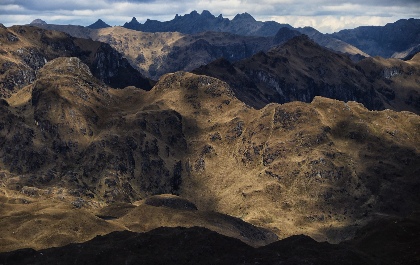