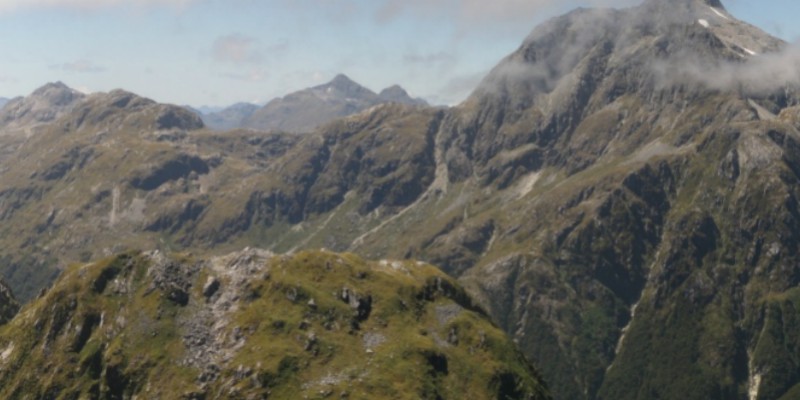 Klepeis returns to new Zealand in January, 2018, to conduct research on mountain range tectonics with the support of an $280,000 National Science Foundation Grant.

Professor of Geology Keith Klepeis studies the tectonic evolution of mountain ranges, and his research takes him to a place where mountain growth is so dynamic that sensitive instruments and isotopic dating techniques can register changes in elevation from one year to the next. In many ways, New Zealand is to tectonics what the Gallapagos, the place where Darwin famously documented the evolution of finches, is to evolutionary biology.

“Mountain ranges record how the Earth has changed from 4.5 billion years ago to present,” Klepeis explains. “There are mountain ranges in various states of preservation everywhere on the planet—if you want to explore a system more than three billion years old, I can take you to Greenland or Australia. There are many mountain systems over two billion years old in Canada. Our mountains (Vermont’s Green Mountains) go back about 450 million years. But in New Zealand the ranges are very young and forming right now.”

His latest project, funded by a $280,000 National Science Foundation grant, is an ambitious field study in Fiordland, along the southwestern tip of New Zealand’s South Island. Here lies the Alpine Fault, where a nearly unique set of conditions are present: two tectonic plates, the Pacific Plate and the Indo-Australian Plate, are both pushing against and sliding past each other, forming the Southern Alps.

“There are very few places on Earth where these forces have pushed up a large (~4500 km2) section of continental crust that once resided at depths of up to 65 km below the surface, and Fiordland is one of them,” Klepeis says. “It turns out that mountain ranges are like icebergs: they have gigantic roots. The biggest part of the iceberg is submerged, and mountains also have a big, thick crustal root holding them up. If you really want to understand the tectonics of mountain ranges, you realize that a very detailed record of geologic processes is preserved in rocks that were once buried dozens of kilometers deep.”

Some geologists use sound waves—seismic surveying—to assemble “CAT scans” of the mountain root. Others use drills to extract core samples of rock revealing geologic activity at depth going back millions of years. Klepeis observes clues preserved in rocks that were once at great depths but are now at the Earth’s surface.

He uses another analogy: mountain ranges can be thought of as teeth with large subterranean roots. Along the Alpine Fault, compression and deformation in the Earth’s deep crust and mantle has turned the tooth’s root on its side, allowing researchers to observe directly how its deepest parts relate to its upper surface.

“The deepest section of the root is next to the Alpine Fault. So, as you move toward the fault, it’s like you are walking along a virtual staircase from the Earth’s surface down to 65 kilometers.  We use this tilted staircase to reconstruct the mountain range’s history.”

“We like to involve as many students as possible in research activities,” said Klepeis. “Other students will be involved in evaluating samples in our labs here at UVM, at California State University, Northridge, and in New Zealand.”

Tectonics of the Future

Klepeis’ recent work with NSF also includes a visioning statement he recently wrote with co-author Katharine Huntington, associate professor of earth and space sciences of the University of Washington.

The report identifies five grand challenges of future tectonics research for NSF’s Division of Earth Sciences including one that related directly to Klepeis’ new project: understanding the dynamic interactions among Earth-surface processes and tectonics.

“Most people understand tectonics as the science behind the Earth’s crust, but it’s much bigger than that,” Klepeis said. “The field encompasses all the layers of the planet, from the core to the atmosphere, other bodies in our solar system, and how all these layers interact with each other on time scales lasting from milliseconds to billions of years.”

“The more we learn to share resources and collaborate, the faster we can make progress on problems that have real-world impacts, like being able to more accurately predict earthquakes, or mitigate the effects of climate change,” Klepeis said.

Kevin Coburn
"There are many mountain systems over two billion years old in Canada. Our mountains (Vermont’s Green Mountains) go back about 450 million years. But in New Zealand the ranges are very young and forming right now.” - UVM Geology Professor Keith Klepeis 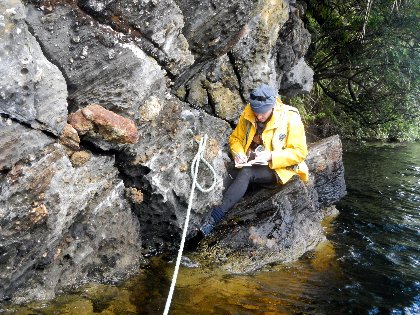 UVM Geology Professor Keith Klepeis records measurements of a sheared marble exposure. “It is important to record these because the marble horizons often act as large faults and move deep rocks up to the surface.” 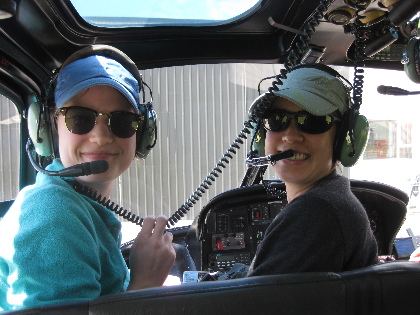 Kathryn Dianiska ’15 and Alice Newman ’15, former UVM graduate students, are strapped into a helicopter bound for the research site. Two other grad students, Christopher Eddy and Griffin Moyer, will accompany Klepeis to New Zealand in January.