Dr. Lisa Holmes on Ruth Bader Ginsburg’s Death - And What Comes Next 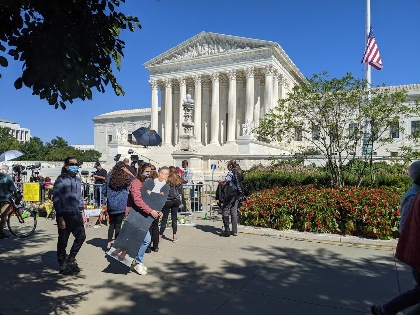 While many Americans are mourning Supreme Court Justice Ruth Bader Ginsburg’s passing, many are also asking: “what comes next?” For more on her legacy and what this means moving forward, we sat down with Dr. Lisa Holmes, associate professor of political science at UVM and an expert on the federal judiciary.

Can you tell us a little bit about Ruth Bader Ginsburg’s impact?

I think it's probably best to approach her work and her impact by thinking of her story as coming in two parts. Part one was before she was ever appointed to the judiciary, and part two was after she was appointed to the judiciary. I think that it is important to understand that it is not typical anymore for justices to have had notable careers apart from their time on the bench. RBG, of course, worked for the ACLU in the 1970s and litigated multiple cases in front of the Supreme Court with a focus on gender equality -- and she won most of the cases that she participated in. Even if she had never been appointed to the federal bench, we would be talking about her death, not obviously in the level of detail we are now, but it would be noteworthy. She transformed federal and constitutional law through her litigation work with the ACLU, advocating, and winning cases before the Supreme Court, that changed how the justices interpret the equal protection clause with respect to gender discrimination.

On the Supreme Court, in recent years, she's been most notable for these very sharply written dissenting opinions. These dissenting opinions have, at times, motivated and rallied more liberal interests. What is it in a dissenting opinion could, of course, at a future day be picked up by other lawyers or justices for subsequent cases.

Can you talk about some of these dissents a bit? Clearly a couple of them contributed to her profile as a popular icon – as RBG!

One that was particularly notable was in the 2013 Shelby County decision, where the Supreme Court gutted the preclearance provision of the Voting Rights Act. We are seeing the implications of this today. In her dissenting opinion, there is a very sharp but resonant quote where she says something like, "removing preclearance because it's working to protect voting rights is like throwing away an umbrella because you don't feel the rain." In just a single sentence, she highlights the whole issue with what the court was doing in terms of upending voting rights laws.

She also had very sharp dissents in cases like the Hobby Lobby case, the contraceptive mandate in the Affordable Care Act, and, if you want to go a little further back in time, she was one of the liberals that issued a harsh dissenting opinion in the Bush vs. Gore decision. And, her practice of wearing particular collars with her robe when she would give particularly important dissenting opinions on announcement days, I think, resonated publicly in a way and brought attention to her words.

As a woman who studies the law and who studies feminism in the law, is there something about Ruth Bader Ginsburg's own career that you followed or paid more attention to?

There are two things that I think are really notable. First of all, just the amount of discrimination that she had to overcome. I mean, I am in my 50s, and for somebody of my age I recognize that women of her generation were trailblazers, and she was most notable in the legal field among them.

Another thing that's important is when she started law school, she was already married and had a child. Imagine being one of only a small handful of women in this overwhelmingly competitive, male-dominated field and having a small child at home. Her husband was also a lawyer and a successful lawyer in his own right, and he was also in law school. And then he had a serious bout of testicular cancer. She was raising her child, helping him navigate school, and helping to care for him all the while performing at the top of her class in law school.

One thing that was also really notable about her to me, is about her relationship with her husband, Marty. You can see through digital media how strong their relationship was and what a huge advocate he was for her. And she talked about that during her life, about how she made a very fortuitous decision in partnering with a man who respected and valued her career and her work as much as his own.

And just the way that Marty looks at her in some of those pictures, it transcends bland digital format. It was a remarkable relationship and one that certainly helped her. Obviously, she did all the work on her own, but she also gave credit to her husband for supporting her. And everybody gives credit to him for basically bulldozing his way into the nomination process on her behalf at the time that President Clinton was considering nominees to replace Justice Byron White in 1993 because she was not going to do that herself, in part because it's not really appropriate for the potential nominee themselves to do it, plus it just wasn't really in her character to self-advocate the way that she would have had to.

Some have described RBG’s work right before joining the Supreme Court as being “ruthlessly strategic.”

That's a really important point. She was very strategic in how she approached her advocacy on behalf of the ACLU. Oftentimes, for example, the cases that she brought to the Supreme Court were on behalf of male plaintiffs, not female plaintiffs. And that was a strategic choice with this idea that, in the 1970s, the court might be more receptive to gender equality cases where the person being discriminated against is a man, not a woman. This was pre-Sandra Day O'Connor's appointment, so the Supreme Court was all-male at the time. The fact that she won so many of these cases shows that, if nothing else, that was not a bad strategy. Another thing that we've also been hearing about in recent months and years about her was her unending work ethic. And, for example, that her husband had to directly remind her to come home or she would work all night.

So, what happens now?

Well, the short answer is Donald Trump is going to get his nominee confirmed. Whether that happens before or after the election, I do not know. The problem for Democrats right now is that they essentially need to pull four votes over to at least hold this seat open to see what happens in the election. So far they only have two, Collins and Murkowski, and two is not going to cut it. The Dems need four, and I don't think they're going to get four.

What is the process going forward?

It takes some time. The president nominates somebody, then that name goes to the Senate Judiciary Committee, and they do their own investigation. They also hold hearings, and that's the thing that could delay things. A whole lot of senators are up for reelection this year, and they're going to want to go home and campaign. That could delay things a bit. Once a name is released and hearings are held, the Senate Judiciary Committee votes to approve the nominee and send it along. Then, it goes to the full Senate floor. Democrats could pull every procedural trick out of the book to try to delay this, but there's really nothing they can do to stop it. The question is just can they delay this long enough? And I don't think they're going to be able to, again, unless something unexpected happens. (Editors note: as we talked a news alert flashed across our phones that Sen. Mitt Romney had decided to let the vote go forward).

How will this impact the general election?

I have lots of thoughts on this. Again, I don't exactly know how this is going to play out, but here is my general take. I think it is undeniable that this is beneficial to President Trump, for a couple of reasons. One, anything that takes attention off of his handling of Coronavirus helps him, and this clearly does. Second, Republicans just care about this more than Democrats do. Understand here, I'm speaking generally. When he was still running for the Republican nomination in 2016, Donald Trump released a list of potential Supreme Court nominees to replace the recently departed Antonin Scalia. In 2016, exit polls indicated that Republicans were motivated by that vacant Supreme Court seat more than Democrats were.

Republicans can be mobilized, like that, over judges so quickly. For example, Judge Ginsburg just died on Friday. Over the weekend, Trump gave a rally where he talked extensively about the Supreme Court and the vacancy, and people started chanting, “fill that seat.” “Fill that seat” is to 2020 what “Lock her up” was to 2016.

One piece of evidence that RBG does transcend how Republicans and Democrats motivations might be is that Democratic fundraising outfit, ActBlue, received more than $100 million in 24 hours – a record number?

That's a very good point that there has been unbelievable fundraising. So this situation might be different because it is RBG.  It is very much about the Democratic base -- and we saw this in polling during the primaries --  whether it was South Carolina or Nevada or New Hampshire, one thing the Democrats were consistent about was the first goal of removing Donald Trump. So if you put those two things together, RBG a liberal icon, and Democrats really don't like Donald Trump. The thought of him replacing her could be something that at least for this one moment in time, pushes Democrats to care a lot about the Supreme Court.

You’ve written about the success of Republicans in filling the federal bench faster than any president at this point in their term.

I think there is evidence that Republicans are just more ruthless. You know, maybe because their party is more homogenized, maybe because they're even more ideologically extreme than the Democrats are, for example. So this is on one level, just, you know, the same problem. Different issue. Right. But I think it also shows with respect to Majority Leader Mitch McConnell, how much they care about the judiciary. You know, McConnell cares about this more than he cares about almost anything else and whether Trump is a one-term president or a two-term president. This is going to be a massive legacy of President Trump, his appointments to the federal judiciary as a whole, and his probably three appointees to the Supreme Court.

Professor Holmes specializes in judicial politics, constitutional law, gender and law, and American politics. Her research focuses on various issues surrounding the politics of appointing federal and state court judges. Her recent work on how presidents use judicial nominees to court favor with their partisan supporters and interested groups has been published in Presidential Studies Quarterly, American Politics Research, and the Drake Law Review. Her current project examines the implications of politicized appointment politics on the careers and attitudes of judicial nominees.

Dr. Holmes is featured in a podcast here talking about the federal judiciary and appointments under President Trump.

This article was written by Zoe Hulina, a Junior majoring in English with ENVS and FTS minor in the College of Arts & Sciences. 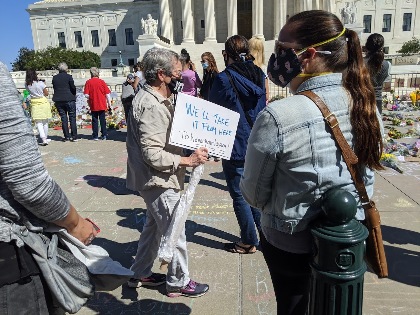 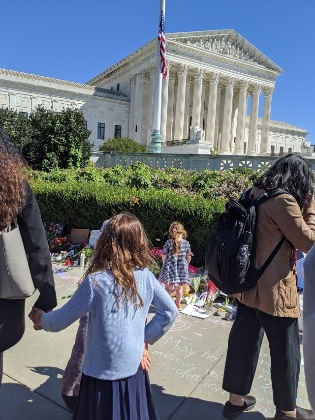