Performance and score in honor of Z. Philip Ambrose 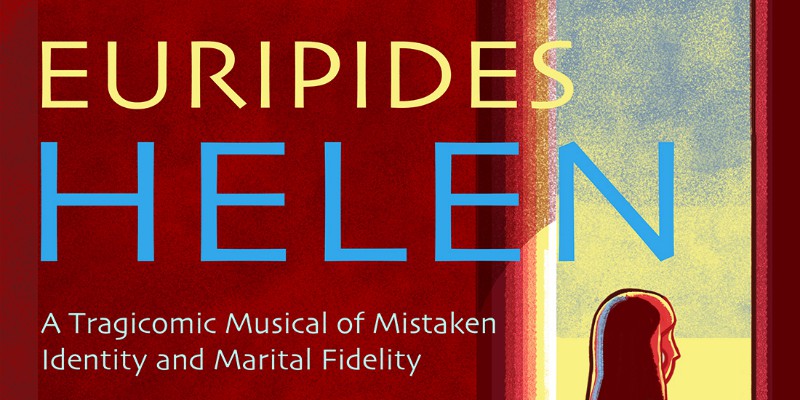 Among other honors, retiring professors with a long record of service and distinction are often awarded a collection of essays written by former students. Z. Philip Ambrose, professor emeritus in UVM’s Classics Department, will receive a livelier gift in the form of a newly crafted production of Euripides’ “Helen.”

Besides acknowledging Ambrose’s career at UVM—he began teaching in the department in 1962, served as the Classics Department Chair for two long stretches, and won the George V. Kidder Outstanding Faculty Award for Excellence in Teaching—the production brings together a rare combination of student, faculty and community collaboration.

Current Department Chair John Franklin has provided the impetus for the project, pulling together grants from the College of Arts and Sciences, the UVM Humanities Center, the Vermont Humanities Council, and the Vermont Arts Council to present four performances of “Helen” March 22-25, 7:30 at the Black Box Theater in Burlington.

“We thought there would be public interest in staging ancient Greek drama in Burlington, and we think ‘Helen’ is a good test of that,” explains Franklin. “In its own day it was considered somewhat avant garde, a quasi-comedic whitewash of Helen of Troy who, instead of abandoning Menelaos to run off with Paris and cause the Trojan War (that’s the traditional version), remains virtuous and is sent by the gods for safe-keeping in Egypt.”

The Greeks end up fighting a meaningless war over a phantom double, and this leads to a comedy of errors when Menelaos stumbles on the real Helen during his stormy homeward journey.

“The play shows that not all tragedy is ‘doom and gloom’ –it can also be fun and thought-provoking,” Franklin said.

This production features a new translation written by UVM classics faculty members and some of Ambrose’s former students—two of whom are now teaching in the department (Professor Mark Usher and Associate Professor Angeline Chiu). Classics students will be primary performers and crew members—some are enrolled in Chiu’s Ancient Drama class which was offered this semester to support the production. The director also has UVM roots: Aaron Robinson graduated with a theater degree in 2007.

"It’s a mix of student and community actors, and they are meshing together into a great cohesive cast," Robinson said. "I’m excited to get the whole script on its feet and really start exploring the characters with them."

The musical score also presents a distinctly UVM twist. A conservatory-trained musician, Franklin has long experimented with what he calls “new ancient” music and has created a score he will perform with two local virtuosos, Jamie Levis and Jeff Davis. The music features a replica of an ancient lyre by local guitar-maker Creston Lea, a framedram and Egyptian ney (flute), and Turkish saz.

“Experimental music-archeology on this scale is unprecedented, and we hope it will lead to a number of future opportunities, both in and beyond Vermont,” Franklin said.

Franklin and three classics colleagues will also present lectures before each performance describing the mythology, staging and music of the play. Showtimes are at 7:30 p.m. except Sunday March 25, which offers a 2:30 p.m. matinee. Pre-show lectures will be held at 6 p.m. and 1 p.m. on Sunday. Tickets are $10 for adults, $5 for students.

Kevin Coburn
“The play shows that not all tragedy is ‘doom and gloom’–it can also be fun and thought-provoking.” - John Franklin. 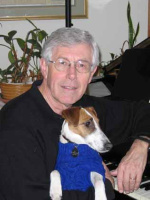 Philip Ambrose joined the UVM classics department in 1962 and served as chair from 1973 to 1992, and again from 2000 until retiring in 2006. During that time he taught a wide range of courses at all levels of Greek, Latin, and Classical Civilization (espe