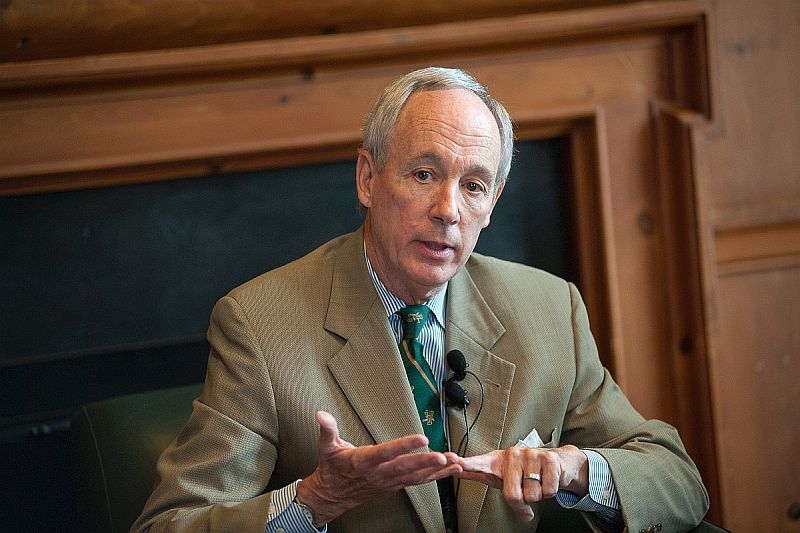 Just as the new spring semester gets underway, so does one of the most historic trials in U.S. history: the second impeachment trial of former President Donald J. Trump. For students in the Honors College seminar “Impeachment, the Constitution and Politics,” taught by former UVM President Tom Sullivan, the proceedings will be a unique opportunity to see classroom lessons playout in the Capitol.

“What a time to be thinking about law, political science and history,” said professor Sullivan, a constitutional law scholar. “Sometimes this can be dry when you're reading it in a book. But when you look at the textural richness of the Constitution and then you see it in action in real time, it is a moment like no other.”

The trial marks the first time a U.S. president has been impeached while out of office and the first time a U.S. president has been impeached twice — and serves as an unexpected window into how history is integrated into current politics, and how the Constitution is a living document. The seminar course explores the intentions of the founders as they wrote the original rules governing impeachment; the four previous presidential impeachment processes, including President Trump’s 2020 trial; and the influence of past impeachments on the present understanding of the Constitution. All of which could impact the trial and decisions that will unfold in the next week.

“Yet at the end of the day,” Sullivan said, “it is left to the judgement of each of the elected representatives to decide whether or not the conditions and the burdens laid out in the Constitution have been met.”

The current trial is built around one article of impeachment: incitement of insurrection. The thrust of the argument is that former President Trump incited violence against the government in the January 6 attack on the Capitol. Evidence will include videos and social media postings and touch on Trump’s role in trying to overturn Georgia’s presidential election results, Sullivan said, while the defense will argue that it is unconstitutional to hold an impeachment trial of a president who is out of office.

Precedent and law aside, one major question that the trial presents to the class is whether impeachment is a legal process or a political one, Sullivan said. Or perhaps some combination of both. Though the trial and decision may come before the end of the month, students will have the semester to explore these complicated issues in depth, Sullivan said, informed by the debate unfolding in real time.

“It really is a major civics lesson and a deep dive into civics education, of which we all need a lot more,” Sullivan said.

For more on the legal scholar’s perspective on the upcoming trial, see Tom Sullivan’s interview with Vermont Public Radio.

Nicholas Kelm is a fourth-year student at UVM studying English and philosophy, and a writer and editor for the Center for Research on Vermont Research Newsletter.

Nicholas Kelm
“It really is a major civics lesson and a deep dive into civics education, of which we all need a lot more,” said Sullivan, who teaches in the Political Science Department in the College of Arts & Sciences. 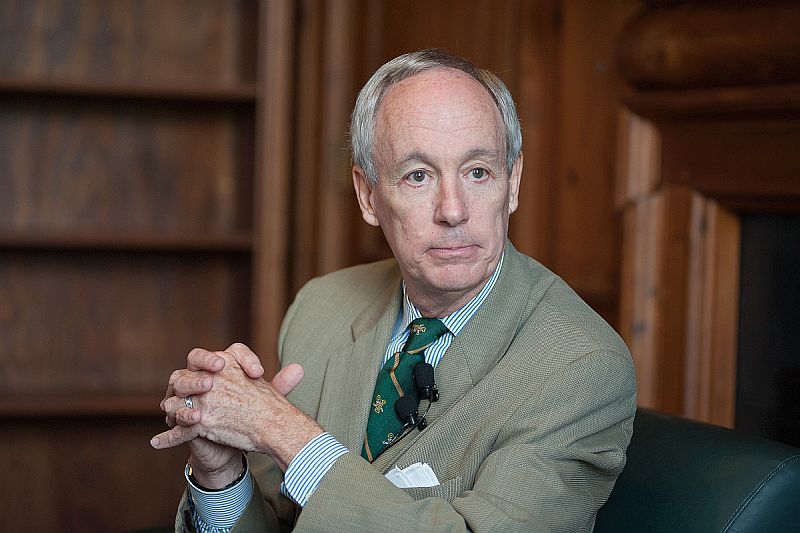