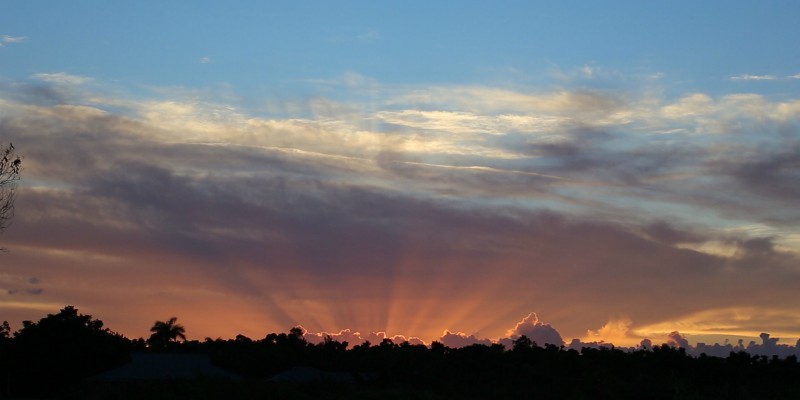 Last summer Matt Schildkamp ’18 travelled to the Florida Everglades to spend a week collecting nature film clips as part of a project by his advisor Sarah Nilsen, associate professor of film & television studies. The inspiration for his field activity was a 1953 Walt Disney True-Life Adventure film Prowlers of the Everglades.

After checking into a Travel Lodge in Homestead, Schildkamp walked into the sawgrass marsh and determined where the videographers for the original Disney film, Alfred and Elma Milotte, gathered their footage in the early 1950’s. It was a short stretch of trail called the Anhinga, now covered by a boardwalk. He set up his tripod and waited.

What he saw was similar to what the Milottes saw: long-legged egrets wading slowly through the wetlands seeking fish in the shallows; alligators cruising through the waters or sunning themselves in clearings. But he was troubled by what he didn’t see.

“A big theme of the Disney film was this big circle of life, how mammals like racoons sustained themselves on alligator eggs and hatchlings,” he said. “I saw alligators, but I never saw any mammals.”

When he asked where the raccoons had gone, a park ranger told him he hadn’t seen a mammal of any kind in ten years—unless it was roadkill.

Schildkamp was in Florida for just a few days, while his predecessors spent nearly a year filming through the wet and dry seasons in the Everglades. But he was there long enough to witness how quickly the ecosystem had changed, and there was no mystery regarding one of the root causes.

“Snakes are a big problem there, and iguanas are a big problem,” Schildkamp said. “They were introduced accidently through the pet trade. Not that that’s the sole reason for the changes there, but the non-native snakes have no natural predators. So they reproduce fast and eat the mammals.”

Florida naturalists have watched in recent decades as fauna in the Everglades have been invaded by exotic frogs, lizards and snakes. The Burmese python may have already supplanted the alligator as the apex predator in the region.

Nilsen admires the Disney True-Life Adventure films not just for their technical craft—many outdoor filming innovations were developed by naturalists who recorded the original footage—but also for the vantage point they provide for the state of wildlife in 1950’s America.

Disney Studios created 13 of these short films between 1948 and 1960 and they became staples for school audiences and television programs like Walt Disney’s Disneyland and Walt Disney's Wonderful World of Color. Most of the films featured wildlife in North America. Eight of them won academy awards.

“Walt Disney was enormously interested in animals and the environment, and he was very invested in these films,” Nilsen said. “When you look at histories of nature documentaries, almost all cite the Disney films as a central part of the story, but very little scholarship has been done on their impact.”

The films were “Disneyfied” in ways that might seem hokey to today’s viewers of Animal Planet or National Geographic Wild. For instance a scene featuring a pair of dueling scorpions in the desert southwest is set to square dance music. In another film, two bighorn sheep lock horns with Verdi’s “Anvil Chorus” playing in the background. But Nilsen notes that the films had an enormous impact on the environmental movement at the time.

“Many people who went into the park service or wildlife rehabilitation or some form of environmental protection say they were inspired by these films," she said.

An outdoor enthusiast and animal lover herself—she teaches an animals in films and television at UVM—Nilsen sees the True-Life canon as a baseline to measure how the environment and wildlife populations have changed in the intervening years. Schildkamp’s foray, funded by a College of Arts and Sciences internship grant, was the first of several faculty-student collaborations she envisions.

Schildkamp, who graduated in December with a degree in film & television studies, spent much of the past few months helping Nilsen edit footage. He sees himself as a trailblazer for other students working in the Everglades or other remote locations.

“I did a ton of research before my trip, learning about the Everglades and the Disney films,” he says. “Honestly, this was the most relevant internship work I could possibly hope to be engaged in.”

Nilsen has applied for a research grant that will fund trips to Alaska and Seattle to explore archives left behind by the Milottes and another couple, Herb and Lois Cristler, who also filmed wildlife scenes for the Disney series. On the way, she hopes to visit Olympic National Park to research elk migration, another Disney True-Life theme. Plans include a book on the historical significance of the Disney films.

“If we could go back to the original filming locations and re-create the documentaries, what would they reveal about our environment policies and the effects of global warming? I’d love to send students to these locations (reshoot) like the southwest, where the living Desert was filmed, or the Badlands where Vanishing Prairie was filmed.”

Kevin Coburn
“Walt Disney was enormously interested in animals and the environment, and he was very invested in these films. When you look at histories of nature documentaries, almost all cite the Disney films as a central part of the story." - Sarah Nilsen 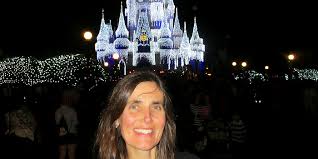 Associate Professor Sarah Nilsen's areas of interest include Walt Disney, the popular culture of the Cold War, and cultural diplomacy. She is currently working on a book which is a cultural history of the Disney princesses. 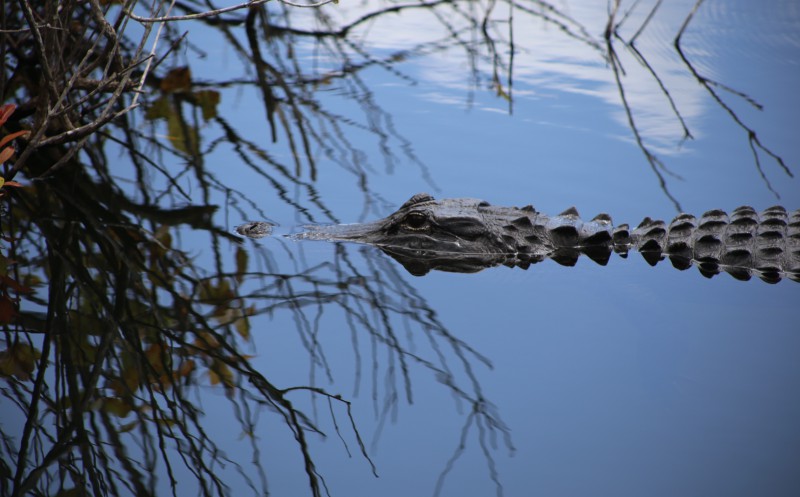 Matt Schildkamp '18 saw plenty of gators during his trip, but no mammals.