Welcome to the UVM Chapter of TriBeta

Beta Beta Beta (TriBeta) is a national honor society for students, particularly undergraduates, dedicated to improving the understanding and appreciation of biological study and extending boundaries of human knowledge through scientific research.  Since its founding in 1922, more than 200,000 persons have been accepted into lifetime membership, and more than 626 chapters have been established throughout the United States and Puerto Rico.  For more about TriBeta, visit www.tribeta.org.

The TriBeta chapter at UVM is named Upsilon Tau (

), and was created to embody the goals of the national organization: to stimulate interest and advance knowledge in the field of Biology while recognizing scholarly achievement. 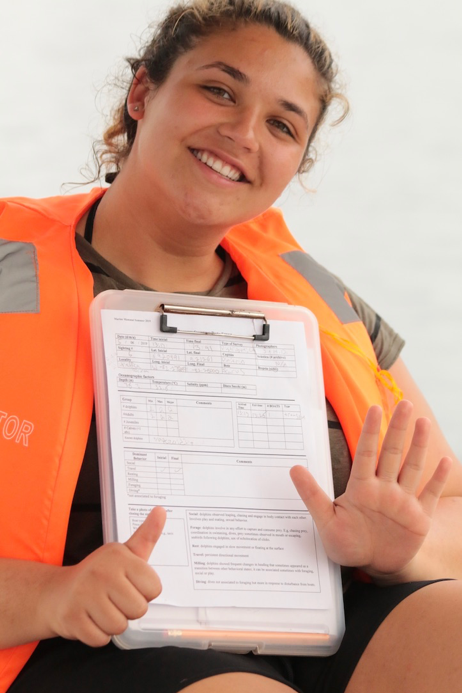 I am a Junior Biological Science major with a minor in Animal Science.  The title of my research is: Female Productivity and Calf Survivorship of Bottlenose Dolphins (Tursiops truncatus) in Bocas, Panama.  I am using photo identification, which is matching a photographed animal to the catalogue of dolphins we have, in order to track who was where, and when.  From there, I look at mothers with calves and juveniles and record the year of the calf’s birth, how many times it was seen with its mother, and if it lived past the two years of age (which means it survived to be a juvenile). 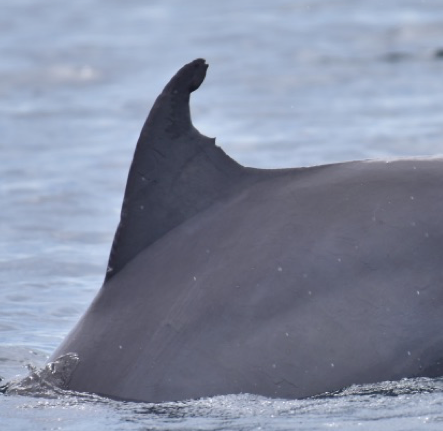 We are using data from 2004 to 2014 to infer dolphin female reproductivity and calf mortality rates.  A total of 35 females were identified from 140 dolphins in the current catalogue.  Twenty-three have Dolphin Bay as a key part of their home range where they regularly interact with dolphin-watching boats.  The resident bottlenose dolphins of the Archipelago of Bocas del Toro are regularly exposed to intense interactions with dolphin-watching boats.  The high calf mortality rate is of great concern for the Bocas population, which poses the need for increased monitoring of Dolphin Bay.  Increased boat activity, especially tourism, has created detrimental effects to mother-calf pairs.  Increased stress caused by net entanglement, avoidance of areas, and increased injury have all been seen since the boat activity has increased in Bocas.  We propose that Dolphin Bay of Bocas del Toro should have Governmental enforcement of the whale watching guidelines from 8 AM-5 PM every day in Dolphin Bay to ensure the health of mothers and their calves.

Tri-Beta_application.pdf, and turn it in to Dr. Rachel Plouffe's mailbox in the Biology office, Marsh Life Science 120.

College of Medicine Grand Rounds & COM Departments, Centers & Programs, which may list their own events 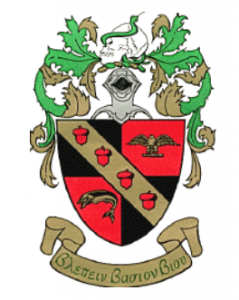 Meetings - the last Wednesday of each month.

Tutoring in Biology by TriBeta: