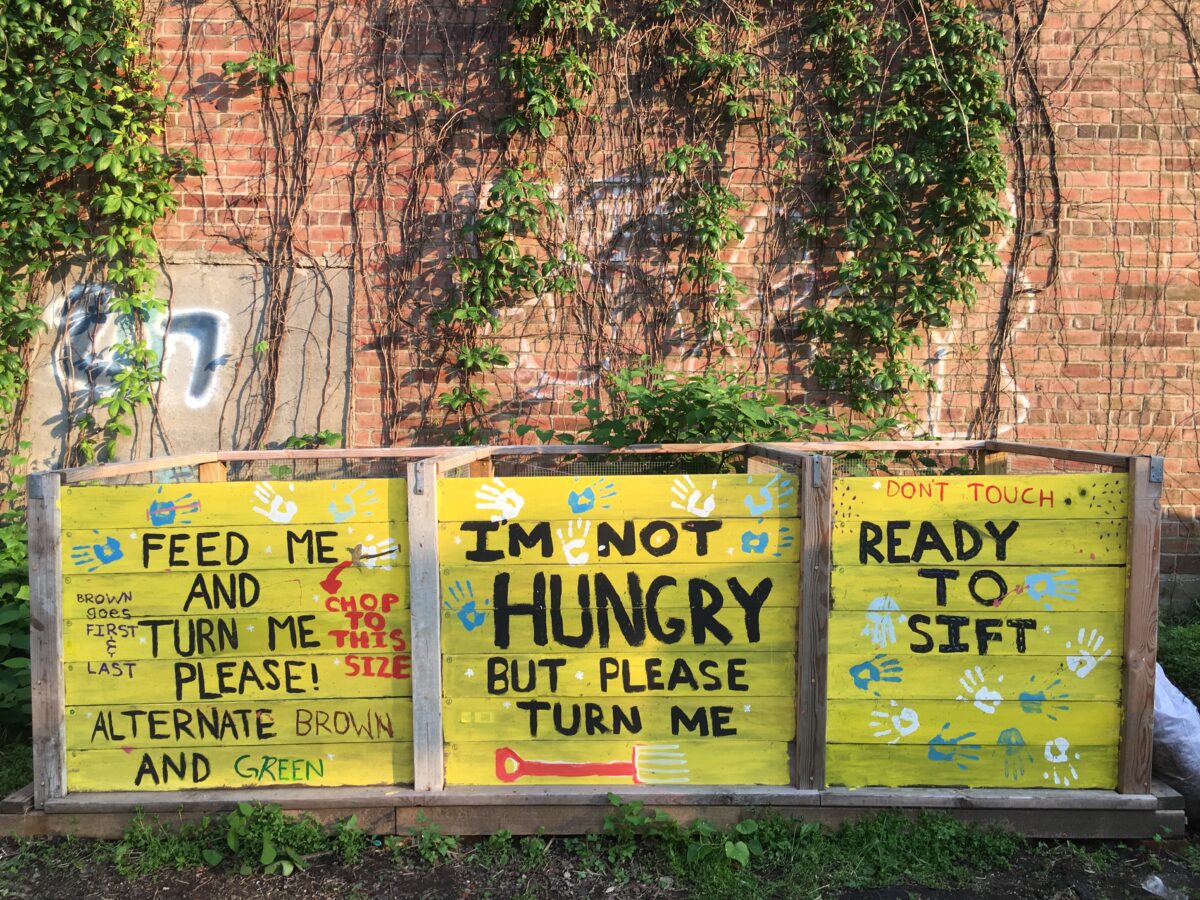 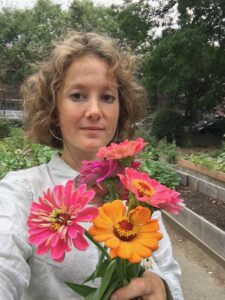 Gabrielle Hayes interned with the Agroecology and Livelihoods Collaborative and the Gund Institute for Environment at UVM this summer as part of her degree from Columbia University. Before attending graduate school, she worked in urban agriculture and outdoor education in New York City for 6 years, farming in every borough but Staten Island. She is a founding member of the NYC chapter of the National Young Farmer’s Coalition and lives in Crown Heights, Brooklyn.

In March 2020, soon before New York City businesses and schools were shuttered for a long siren-filled spring, I went to my local Trader Joe’s in downtown Brooklyn. The freezers and many of the dried goods shelves were empty. An employee had filled a large section of the produce area, labeled as potatoes and yams, with artichokes. In the mad dash to fill refrigerators and pantries inspired by an unfamiliar pathogen spreading throughout the city, artichokes were apparently the one vegetable New Yorkers were unfamiliar enough with to ignore.

At the time, I was managing and teaching an urban agriculture program for high school students. With the ground still frozen, this meant traveling through the Bronx, Queens and Brooklyn to teach students the basics of plant and soil science and to show them seed catalogues with pictures of the purple carrots, red lettuce, and yellow cucumbers that we could grow in whichever community garden they’d be working in. “Tell me what you want to eat! We can grow anything! Except those artichokes. Our growing season is getting longer because of climate change but it’s still too short to start those now.” 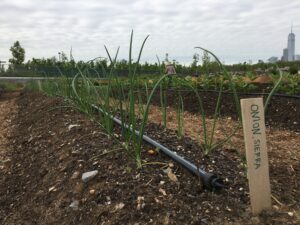 I also taught them the difference between local and industrial food systems. Many students were first-generation Americans with family in Ecuador or Trinidad or Mali. They told me stories of the local market or the fruit trees and chickens outside their family’s home in the place they called “my country”. The students whose connections outside of the U.S. had been severed had a harder time visualizing a local food system. But they understood what I meant when I explained that the burdens and benefits of the industrial system are not evenly distributed. Many had been to the Upper East Side of Manhattan on school trips or had witnessed opulence on their television screens. Yet they lived with the pollution-filled air that results from the Bronx being the entry point for most of New York City’s food or they shopped at supermarkets that restock the produce section so infrequently your chances of finding carrots or an unwrinkled pepper are slim to none.

I taught them that growing your own food means gaining power. It frees you from reliance on the international supply chains that restrict the varieties sold in supermarkets to ones that travel well and that are subject to break down, as they did during the early days of the pandemic. I dreamed that some may become interested in farming as a profession and hoped more realistically that they may learn to love their local community garden or to experiment with growing tomatoes on their fire escape.

The experience of farming in food apartheid[i] neighborhoods shaped my understanding of the American food system. I received a daily reminder that this system, while lauded for its productivity, has succeeded neither in 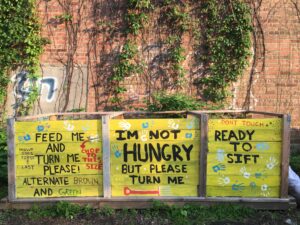 eliminating hunger nor providing universal access to the nutritious food needed to maintain bodily health. In my classes at Columbia University, where I am currently studying in pursuit of a Master’s in Public Administration – Development Practice, we talk of “structural transformation”. This is the idea that for a country to escape widespread poverty, there must be an increase in agricultural productivity such that labor is freed up to work in other industries. This spurs urbanization and, ultimately and desirably, reduces the number of farmers, and the value to the economy of their agricultural labor, effectively to zero. Disregarding that the equivalence of economic growth to progress is a Western invention, the assumption that farmers inevitably disappear in the process of raising living standards is a fallacy. To provide one example: Ireland, whose GDP per capita is higher than that of the United States, recently enacted a sustainable food policy intended to increase the value of its agricultural sector by providing support to, not encouraging the elimination of, family farms[ii]. The share of employment in agriculture there is 4.8%, compared with 1.4% in the United States [iii].

The ethos of structural adjustment, this idea that rural areas should be emptied, underpins much of the funding, research and efforts that have been devoted to agricultural development over the past several decades, despite the evidence provided by the United States that a likely outcome is inequitable and unsustainable food systems. The Green Revolution in Asia, while rightfully praised for reducing hunger and perhaps saving the lives of millions through increased agricultural productivity, also led to the suicides of an estimated 15 million farmers over the past 60 years [iv]. The Alliance for a Green Revolution in Africa, which has received roughly $1 billion in funding over the last 15 years, has failed to improve food security in the relevant countries, and failed to increase yields by even one third of their original goal [v]. It is clear that the assumption that we need only to create high yielding seeds or provide fertilizer to increase agricultural productivity and therefore improve lives, is not accurate.

This is why I find hope in agroecology. Its adaptable principles that lead, over time, to increased yields and improved ecosystem health, align with what I was taught at The Farm School, where I completed a year-long residential and experiential learning program. Central Massachusetts receives enough rain that we had no need for irrigation save in emergency situations. The specific practices that we used will not apply in arid environments. But the agroecological principles used to design those practices (such as nutrient cycling, promoting biodiversity, and integrating animal and vegetable growing systems) translate to diverse settings. 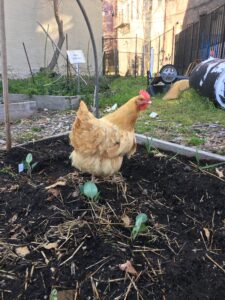 The agroecology movement, exemplified by the work of La Via Campesina, aims to advance food sovereignty by addressing political and economic factors that limit its existence. Defined in the 2007 Nyéléni Declaration as “the right of peoples to healthy and culturally appropriate food produced through ecologically sound and sustainable methods, and their right to define their own food and agricultural systems”, a world in which food sovereignty is realized looks nothing like the United States.

Garden education programs like the ones I’ve managed exist in urban areas as an antidote to the crises of physical, mental and environmental health wrought by structural transformation pushed to its maximum degree. The industrial food system of the United States is not broken. It was designed to exploit land, resources and bodies in pursuit of productivity and profit and it has succeeded spectacularly. It is not a system that requires only tweaks to become “climate-smart”. It is not a system that can be replicated in every climate, landscape and form of government. It is not a system that should be replicated at all. Agroecology provides a path to designing food systems that are culturally and environmentally appropriate, sustainable for people and the planet. In this time of increased focus on food systems and their interaction with our rapidly changing climate, may those with the power to shape the future learn from the past.

[i] I use the term “food apartheid”, coined by farmer and food justice activist Karen Washington, instead of the more commonly used “food swamp” or “food desert” to connote the man-made nature of this phenomenon.  Swamps and deserts are vital ecosystems.

[ii] Though positive in comparison to what is happening in the United States, this is not an agroecological policy and it  has been criticized for not doing enough to address water pollution or to protect biodiversity.