What We Don't Know (about lakes) Could Hurt Us

As extreme weather increases, scientists from 20 countries warn of risk to lakes and water quality 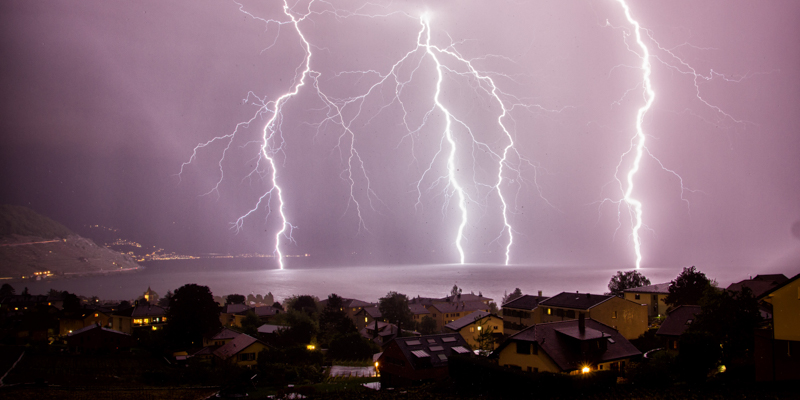 As the power of extreme weather events increase with climate change, a team of scientists warn that lakes around the world may dramatically change, threatening ecosystem health and water quality.

And the international team reports that our limited understanding of how lakes—especially algae at the base of food webs—may respond to more-extreme storms represents a knowledge gap that increases the risk.

The team of 39 scientists from 20 countries on four continents investigated what is currently known about how lake ecosystems respond to extreme storm events. The scientists found they cannot confidently predict how lakes will respond to the more frequent and intense storms that are expected in a warming world.

“If extreme weather events significantly change carbon, nutrient, or energy cycling in lakes, we better figure it out quickly,” said Jason Stockwell, an aquatic ecologist at the University of Vermont who led the new research with support from the National Science Foundation, “because lakes can flip, like a lightbulb, from one healthy state to an unhealthy one—and it can be hard or impossible to flip them back again.”

The new study focused on phytoplankton—microscopic plants commonly known as algae. “Phytoplankton are of particular concern because they are the base of the food web,” said Stockwell, “and a critical driver of water quality.”

The new study, “Storm Impacts on Phytoplankton Community Dynamics in Lakes,” was published in the journal Global Change Biology on 5 March.

It is well known that extreme weather events damage property, infrastructure, and the environment, including freshwater resources that are critical to human health. However, lakes are especially sensitive to storm events because they experience storms directly and receive storm runoff from throughout their watersheds. Runoff includes sediments, nutrients, microplastics, and much more.

“We have a good idea of how lakes physically respond to storms: the water column mixes, water temperature changes, and sediments can be churned up from the bottom or delivered by rivers and streams to make the lake more turbid,” Stockwell said. “But the physical response of the lake is just a part of the story. The biological impact of storms on phytoplankton and other plants and animals is fundamental to how lakes behave—and, as our study reveals, poorly understood.”

In a search of thousands of scientific articles from around the world, the scientists found just 31 studies on 18 lakes that connected storms to freshwater lake conditions, and then to phytoplankton. Not only was the information sparse, but the few available findings were inconsistent. It became clear that the scientific community has a poor understanding of how phytoplankton respond to storms, or how their responses may differ by storm types, across different lakes, or even at different times of year.

The scientists call for a collaborative, multi-disciplinary effort by modelers, limnologists, watershed experts and other scientists, through research coordination networks—such as the Global Lake Ecological Observatory Network (GLEON)—to develop and advance a research framework of storm impacts on phytoplankton.

Similar research is also required for zooplankton, tiny grazers a little smaller than a rice grain that are essential food for fish. The goal is to better understand the pathways by which storms impact watershed-scale processes and plants and animals in lakes.

“We must quickly learn more—so we can better respond to the very real and pressing threat of climate change on lakes around the world,” said Jason Stockwell, Director of UVM's Rubenstein Ecosystem Science Laboratory and a member of a program looking at resiliency to extreme events in the Lake Champlain Basin through VT EPSCoR. “Without healthy lakes, we are sunk,” he said.

Joshua E. Brown
Lakes can flip, like a lightbulb, from one healthy state to an unhealthy one—and it can be hard or impossible to flip them back again. —Jason Stockwell 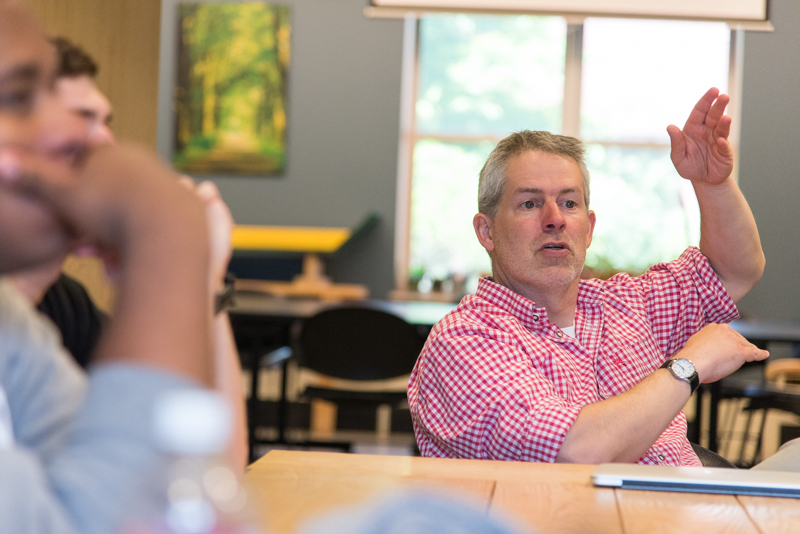 A new study, led by Jason Stockwell, a professor in UVM's Rubenstein School, shows that much uncertainty exists about the effects of storms on phytoplankton—and, therefore, on the health of lakes around the world. (Photo: Josh Brown)