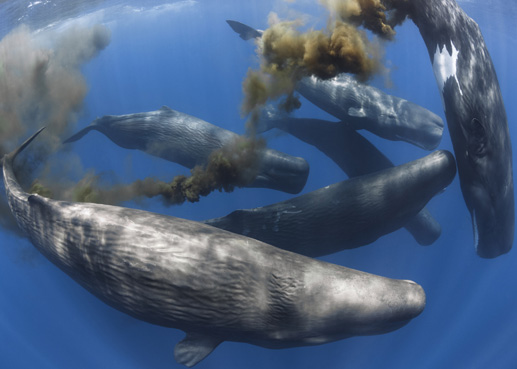 “Consider the subtleness of the sea; how its most dreaded creatures glide under water, unapparent for the most part,” wrote Herman Melville in Moby Dick.  Today, we no longer dread whales, but their subtlety remains. “For a long time, whales have been considered too rare to make much of a difference in the oceans,” notes University of Vermont conservation biologist Joe Roman. That was a mistake.

In a new paper, Roman and a team of biologists have tallied several decades of research on whales from around the world; it shows that whales, in fact, make a huge difference — they have a powerful and positive influence on the function of oceans, global carbon storage, and the health of commercial fisheries. “The decline in great whale numbers, estimated to be at least 66% and perhaps as high as 90%, has likely altered the structure and function of the oceans,” Roman and his colleagues write in the July 3, 2014, online edition of Frontiers in Ecology and the Environment, “ but recovery is possible and in many cases is already underway.”

“The continued recovery of great whales may help to buffer marine ecosystems from destabilizing stresses,” the team of scientists writes. This recovered role may be especially important as climate change threatens ocean ecosystems with rising temperatures and acidification. “As long-lived species, they enhance the predictability and stability of marine ecosystems,” Roman said.

Baleen and sperm whales, known collectively as the “great whales,” include the largest animals to have ever lived on Earth.  With huge metabolic demands — and large populations before humans started hunting them — great whales are the ocean’s ecosystem engineers: they eat many fish and invertebrates, are themselves prey to other predators like killer whales, and distribute nutrients through the water. Even their carcasses, dropping to the seafloor, provide habitat for many species that only exist on these "whale falls." Commercial whaling dramatically reduced the biomass and abundance of great whales.

“As humpbacks, gray whales, sperm whales and other cetaceans recover from centuries of overhunting, we are beginning to see that they also play an important role in the ocean,” Roman said. “Among their many ecological roles, whales recycle nutrients and enhance primary productivity in areas where they feed." They do this by feeding at depth and releasing fecal plumes near the surface — which supports plankton growth — a remarkable process described as a “whale pump.” Whales also move nutrients thousands of miles from productive feeding areas at high latitudes to calving areas at lower latitudes.

Sometimes, commercial fishermen have seen whales as competition. But this new paper summarizes a strong body of evidence that indicates the opposite can be true: whale recovery “could lead to higher rates of productivity in locations where whales aggregate to feed and give birth,” supporting more robust fisheries.

As whales recover, there may be increased whale predation on aquaculture stocks and increased competition — real or perceived — with some commercial fisheries. But the new paper notes “ a recent investigation of four coastal ecosystems has demonstrated the potential for large increases in whale abundance without major changes to existing food-web structures or substantial impacts on fishery production.”

In death, whale carcasses store a remarkable amount of carbon in the deep sea and provide habitat and food for an amazing assortment of creatures that only live on these carcasses. “Dozens, possibly hundreds, of species depend on these whale falls in the deep sea,” Roman notes.

“Our models show that the earliest human-caused extinctions in the sea may have been whale fall invertebrates, species that evolved and adapted to whale falls,” Roman said,  “These species would have disappeared before we had a chance to discover them.”

Until recently, ocean scientists have lacked the ability to study and observe directly the functional roles of whales in marine ecosystems. Now with radio tagging and other technologies they can better understand these roles. “The focus of much marine ecological research has been on smaller organisms, such as algae and planktonic animals. These small organisms are essential to life in the sea, but they are not the whole story,” Roman said.

New observations of whales will provide a more accurate understanding of historical population dynamics and “are likely to provide evidence of undervalued whale ecosystem services,” note the ten scientists who co-authored this new paper, “this area of research will improve estimates of the benefits — some of which, no doubt, remain to be discovered — of an ocean repopulated by the great whales.” 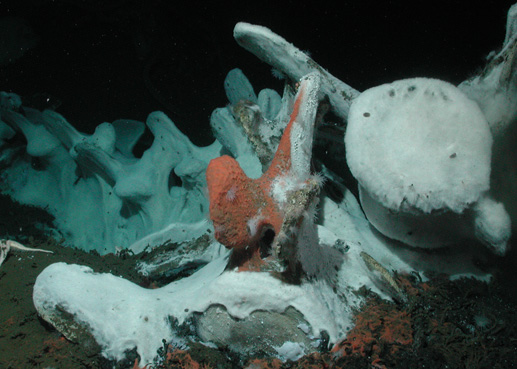