Effort Will Be Undertaken by Consortium of 22 Top Schools 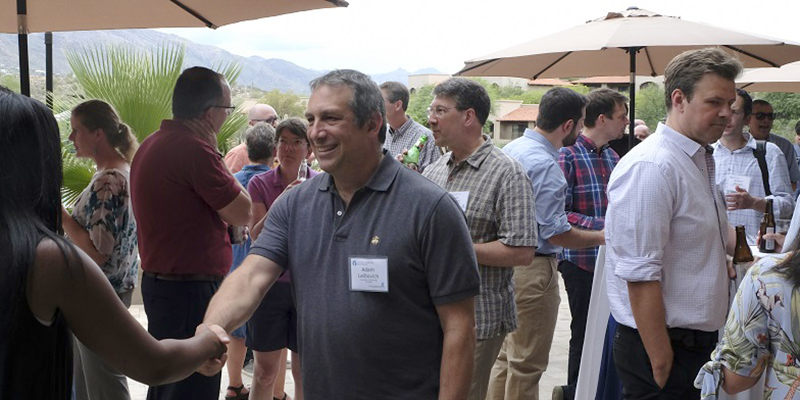 Research Corporation for Science Advancement has awarded a team of faculty from 22 high-profile colleges and universities a small grant with a large goal: to help academic departments in the sciences overcome challenges that have consistently derailed them in the past in the areas of diversity, equity and inclusion (DEI).

University of Vermont chemistry professor Rory Waterman is principal investigator on the grant, titled “Moving the Dial: A Network for Systematic Change.”

“There have been many attempts in the past to make science departments more diverse, and well-intentioned people have said all the right things,” Waterman said. “But the numbers have barely moved.”

According to data collected by the National Science Foundation, Ph.D. degrees in science and engineering fields earned by African Americans grew from 2.6% to 3.4% among all degrees in those fields from 2008 to 2018. African Americans made up 13.4% of the U.S. population in 2018.

The grant aims to spur real progress through education efforts, by putting concrete tools in the hands of individual faculty who are leading DEI efforts and by encouraging “change-agents” to collaborate with faculty at other schools to collectively advance the DEI agenda.

In the past, diversity initiatives tended to be global and top-down, Waterman said.

“We’re going to be thinking about this on a per-person level; what it feels like when a faculty member who is underrepresented comes to a science department, what their experience is and how to make it more appropriate and better for them.”

The program will have a range of sub-projects, including researching best DEI practices in the sciences and making faculty aware of them; creating tools that are easy to disseminate, like scripts guiding faculty on how to talk intelligently about diversity efforts with their research groups; and creating networks of DEI change agents who could discuss obstacles and strategies for overcoming them.

As the collaborative network gets up and running, the group will create other ideas for promoting systemic change, Waterman said. An important goal will be to create programs that can be consistently implemented across the institutions, so their impact can be collectively measured.

The amount of the grant, $25,000, is enough to finance the collaborative’s plans.

“What we’re doing isn’t costly,” Waterman said. “The power comes from the size of our group, their collective motivation and the fact that we are creating simple, inexpensive tools that can be widely shared.”

The collaborative is a “dream team,” according to Waterman, that includes faculty from, among other schools, Caltech, Michigan, Duke, Johns Hopkins, University of California/Davis, University of Rochester, Haverford, Michigan State, the Claremont Colleges, Indiana and North Carolina State.

“These are fantastic teacher-scholars who are passionate about making science more diverse,” he said.

The membership is drawn from Research Corporation for Science Advancement’s Cottrell Scholars program, which honors and develops outstanding early-career faculty recognized by their scientific communities for the quality and innovation of their research programs and their potential for academic leadership. The group has reached over 450 faculty since the program’s inception in 1994.

All the members of the “Moving the Dial” collaborative are Cottrell Scholars, many of whom Waterman has worked with on other projects since he was named a Cottrell Scholar in 2009.

Cottrell Scholar Collaborative Awards aim to enable teams to work together across physical science disciplines to overcome traditional bottlenecks to excellence in STEM education. The projects emerge from discussions at the annual Cottrell Scholar Conference in July.

Earlier Research Corporation for Science Advancement projects Waterman has been part of, funded at a similar level, have had positive outcomes, he said.

An effort he spearheaded designed to train science faculty in pedagogy, grant-writing, personnel management and other areas not covered by their academic training began as a workshop for chemistry professors. The New Faculty Workshop in Chemistry now has more than 650 faculty alumni with up to three annual events. The program prompted a parallel workshop in Germany as well.

"We’re hopeful that Moving the Dial can have similar impact,” Waterman said.

Research Corporation for Science Advancement was founded in 1912 and is the second-oldest foundation in the United States (after the Carnegie Corporation) and the oldest foundation for science advancement. It is a leading advocate for the sciences and a major funder of scientific innovation and research at colleges and universities in the U.S. and Canada.