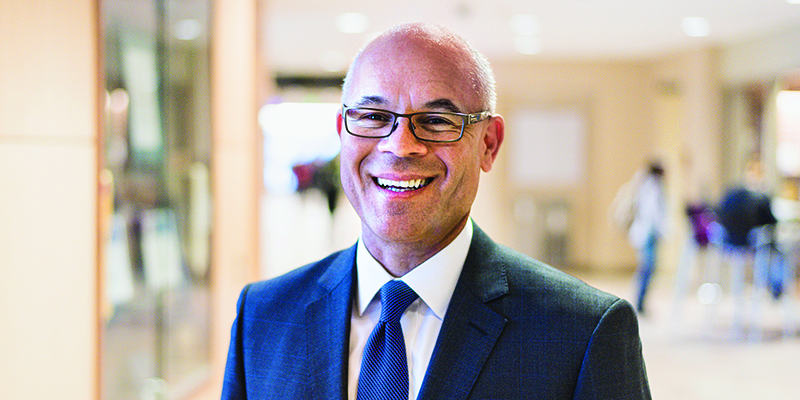 The University of Vermont Board of Trustees has elected Ron Lumbra as its new chair, and Cindy Barnhart will serve as vice chair.

“I am very thankful for the opportunity to serve as chair,” Lumbra said. “This is certainly an exciting time at UVM, and in higher education. I see plenty of challenges ahead, but I also feel confident that UVM is well positioned to capitalize on the opportunities that will allow us to continue to thrive in the years to come. This university has given so much to me and I am committed to continue to give back as much as I can for the benefit of current and future UVM students.”

Lumbra was elected to a six-year term on the University of Vermont Board of Trustees by the self-perpetuating trustees in March of 2014. This past December he was re-elected to fill the remaining two years of former Board Chair David Daigle’s term, who stepped down from the Board at the end of February.

Lumbra is managing partner of Heidrick & Struggles’ Center of Excellence, and a partner in the CEO & Board Practice based in New York. He was previously managing partner of the firm’s Americas region. He has more than 20 years of executive search consulting experience, and an extensive track record of recruiting board directors and chief executive officers to a broad variety of clients.

Born and raised in Vermont, in St. Albans and Montgomery respectively, Lumbra completed his undergraduate studies at UVM, and earned a master of business administration degree from Harvard University.

In addition to Lumbra’s election as chair at a special meeting on March 2, the Board also established the Sustainability Work Group. The group will advise the Board on rapidly changing circumstances around sustainable investment, and it will provide perspective to the Board on fossil fuel divestment. The group will be led by gubernatorial trustee Carolyn Dwyer. The rest of the members are: Student trustee David Gringeri; legislative trustees Carol Ode and Shap Smith; gubernatorial trustee Ed Pagano; self-perpetuating trustees Briar Alpert, Robert Brennan and Jodi Goldstein; and President Suresh Garimella. Vice President for Finance & Treasurer Richard Cate will serve as liaison to the work group.

The Board also welcomed two new trustees who began their terms on March 1:

And the following trustees have been re-elected:

Legislative trustee Curt McCormack was re-elected as Board secretary for another one-year term. All Board officer appointments are for one year.