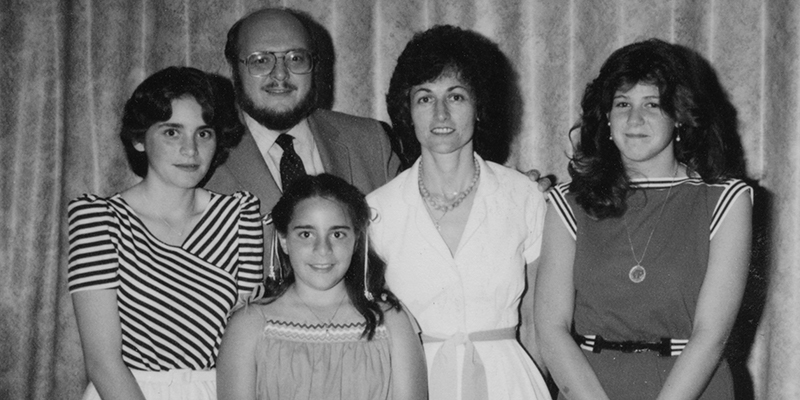 In 1976, early in his career, Howard Ball landed an attractive offer for a tenure track position at a large state university. The only possible catch, it seemed, was that the professorship was at Mississippi State, a geographic and cultural leap for a young, Jewish, Bronx-born academic.

In his latest book, a memoir, Ball recalls the moment. “I immediately called my mother to tell her the news. Her response was very loud and, for her, terse: ‘You are meshugenah!’ She truly believed that Mississippi was an evil third-world country. It was a place where Jews were eaten after being boiled to death.”

A Jewish mother’s questioning of her son’s sanity notwithstanding, Ball and his young family packed up the moving van. They would spend six years in Starkville, Mississippi, making waves, making a difference, making friends and living to tell the tale nearly 40 years later with the recent publication of “Taking the Fight South: Chronicle of A Jew’s Battle for Civil Rights in Mississippi” (Notre Dame Press).

UVM professor emeritus of political science and past dean of the College of Arts and Sciences, Ball is a noted historian, whose dozens of books include a landmark biography of Supreme Court Justice Thurgood Marshall, “A Defiant Life,” and “Murder in Mississippi,” which chronicles the Mississippi Burning killings of 1964.  At age 83, living in Richmond, Vermont, with his wife, Carol, a former UVM mathematics lecturer, Ball shares not only his academic expertise but also his own family life in the new book.

“Taking the Fight South” filters the political through the lens of the personal. Readers learn of Ball’s testimony before a congressional committee studying extension of the 1965 Voting Rights Act and his tireless advocacy working with the American Civil Liberties Union. There are stories about his kids and stories of a professor finding his way in a new academic environment. Perhaps less expected, a chapter on Ball’s sideline as a high school football referee, known to his crew as “Rabbi.” For an outsider in the Deep South, love of football provided a ready bridge. (Ball ventures that his zebra stripes and whistle are still packed away somewhere in his basement.)

A scholar has a natural bent towards documentation. And that’s what Howard Ball did through his six years in Mississippi — jotting down his experiences in a journal, saving press clippings and photos, filing them away with little thought to publication as other projects absorbed his time through the years.

After the Mississippi experience, Ball moved on to a faculty post at the University of Utah, followed by accepting the deanship at UVM in 1989. Deep South, Mountain West, or New England, the professor found ongoing universal struggles with racism and social justice. In Salt Lake City, he was aghast to encounter the rampant, taken-for-granted bias for Mormons in hiring processes. At UVM, he joined the campus at a time when protests for greater diversity led to student occupations of the executive offices of the Waterman Building.

In Burlington, Ball unearthed his notes and shared his stories from Mississippi with friends from his Ohavi Zedek Synagogue and a particular pair of pals, Michael Bukanc and Richard Bingham. “The Three Musketeers,” as Ball dubbed them, gathered regularly at the Windjammer Restaurant for soup, bread, coffee, and hours of conversation. Reconnecting with his memories, Ball started working his notes into something closer to a manuscript.

Perhaps “Taking the Fight South” was just waiting for these times. The rise of Donald Trump triggered many things across our nation, among them, Professor Emeritus Ball’s desire to add his voice, shaped by his experience in Mississippi, to renewed calls for racial justice in America.

During their years in the South, Howard and Carol Ball and their three daughters grew closer to their Jewish faith, finding community and common purpose in their synagogue. It’s remained a constant in their lives ever since. And the Jewish affirmation of justice — Ohavi Zedek, Ball notes, means “lovers of justice,” — has shaped both the character of the author and the mission of his latest work.

“Judaism asks a Jew not only to observe and obey the law but also, much more important, we are charged to vigorously debate, discuss, and disagree with each other and, more dangerous for those who take their argument to the next level, oppose a public policy by taking political or legal action challenging its ‘constitutionality,” Ball writes. “There is, at the core of our religion, a moral belief, Albert Einstein reminded us, that is ‘incarnate in the Jewish people, that the life of the individual has value [only] as it aids in making the life of every living thing nobler and more beautiful.’”

An Excerpt from “Taking the Fight South,” by Howard Ball 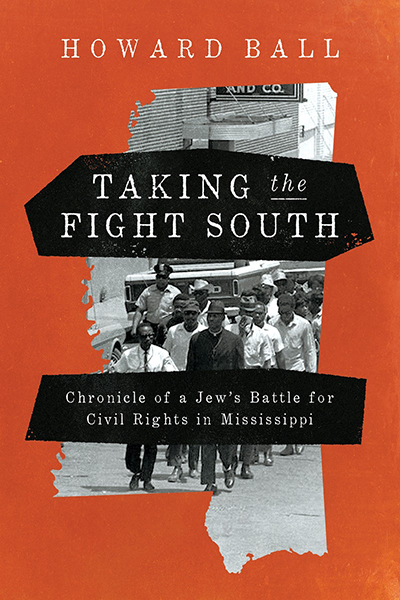