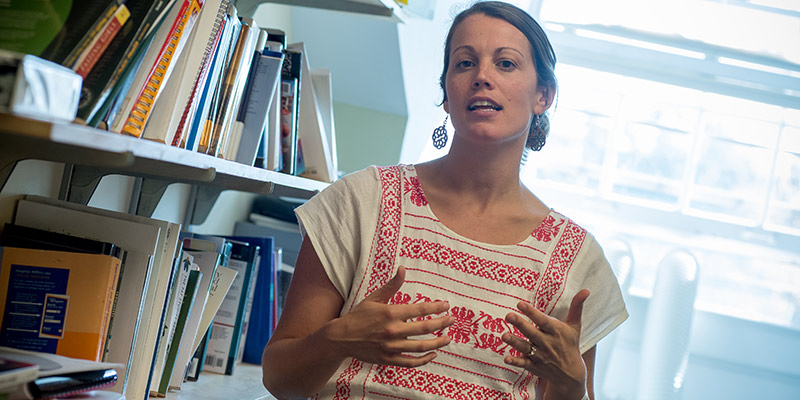 School officials focused exclusively on bullying prevention efforts might want to consider the findings of a new study showing the highly damaging effects of multiple forms of victimization on school climate.

The study, published in the Journal of Child & Adolescent Trauma, measured the impact of polyvictimization – exposure to multiple forms of victimization – on school climate at the middle and high school levels. Results show that bullying, cyberbullying and harassment were significantly associated with decreases in perceptions of school safety, connection, and equity.

Overall, 43.1 percent of students experienced at least one form of victimization during the 2015-2016 schoolyear. Just over 32 percent of students reported being bullied, 21 percent were victims of cyberbullying and 16.4 percent experienced harassment – defined as “experiencing negative actions from one or more persons because of his or her skin, religion, where they are from (what country), sex, sexual identity or disability.”

Based on data from the 2015 Vermont Middle and High School Pilot Climate Survey, the findings highlight the need for comprehensive policies that address all forms of victimization to offset further erosion to safe and equitable school environments, which is tied to educational outcomes.

“For each form of victimization, school climate measures go down precipitously, so if we only center the conversation about kids who are being bullied that limits it to ‘that’s not my kid,’” says study author Bernice Garnett, associate professor in the College of Education and Social Services at the University of Vermont. “But if we change the conversation to bullying can actually damage the entire school climate, then that motivates and galvanizes the overall will of the school community to do something about it.”

Polyvictimization highest among students who identify as female and transgender

The finding related to students who identify as female and transgender would not have been possible without the addition of a question by the Vermont Agency of Education to the Vermont School Climate Survey that gives students the opportunity to identify as transgender. The finding is unique, according to Garnett, due to the fact that most states, as well as the National Youth Risk Behavior Surveillance Survey, asks about sexual orientation, but not gender identity.

“We asked both to align with how Vermont policy is written and because Vermont schools protect both gender identity and sexual orientation,” says Garnett, who is a member of the committee that designed the Vermont survey. “I wasn’t surprised by the results, because transgender youth experience worse things across the board, but it was surprising to find that this is a reality in Vermont, particularly given all the work that’s been done here.”

The National Center for Educational Statistics tracks a number of ways students are victimized ranging from serious physcial attacks to verbal-based assaults. Garnett points out that bullying is motivated by another students real or claimed identity, and if that’s a protected identity, its actually discrimination.

"That’s an important distinction, because current bullying prevention programs focused on teaching students to be nicer or more empathetic would look very different," seh says. "If a student is targeting someone either implicitly or explicitly because of an identity they were culturally taught not to like, then it changes the conversation to ‘wait, why I am I thinking these thoughts? Why do I hold them? What am I learning from home and the media, and how can I check-in with my assumptions?”

Such prevention efforts would be difficult, if not impossible, to develop without data showing which students are being targeted. A recent study from Columbia University, for example, showed that queer youth living in states where schools enumerate homophobic bullying, experience less victimization. Data differs regionally, however, making it difficult to protect students in places where "people are using identities to target for power," says Garnett.

“Policies can actually shape the experiences of students in schools," says Garnett. "This study is trying to show that we need to be thinking about the structural forces that make bullying prevalent among certain groups of kids, which is not a coincidence. The reason why queer youth, English Language Learners, kids with disabilities and overweight kids are targeted is because those are socially acceptable identities to target depending on where you live."