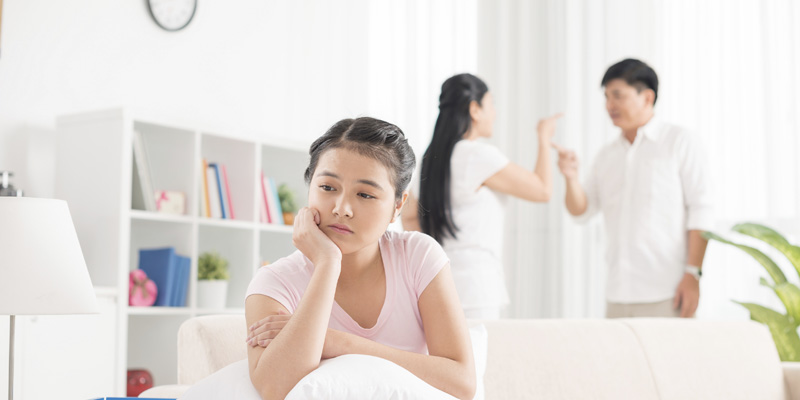 Children of parents who are frequently in conflict process emotion differently and may face more social challenges later in life compared with children from low-conflict homes, according to Alice Schermerhorn, assistant professor in UVM’s Department of Psychological Science and the author of a new study published in the Journal of Family Psychology.

The research study measured brain activity in children who were shown a mix of photos of couples in angry poses, happy poses and neutral poses. Based on questionnaires filled out by their mothers, the children were grouped in either a high-conflict or a low-conflict group.

When children in the high-conflict group were asked to pick out the angry couples in the battery of photos, their brains registered a much higher amplitude on an EEG test of an electrical activity called P-3 in response to the angry photos, compared with children in the low conflict group. P-3 is associated with the brain’s ability to discriminate among stimuli and to focus on and give meaning to one.

For the children from high conflict homes, looking for the photos of angry couples could be analogous to situations at home where parents have had an argument that hasn’t been resolved, Schermerhorn said.

“They’re being watchful in the home in the same way that they’re watching for angry faces in the research setting,” she said.

For some, that extra vigilance could lead to problems in social relationships later in life, Schermerhorn hypothesized, although more research is needed to test that theory.

“I would predict some association with their functioning in other kinds of situations,” she said.

Schermerhorn and her colleagues currently have research under way that could determine if a correlation exists between higher P-3 amplitudes in a similar research study and the behaviors of their research subjects.