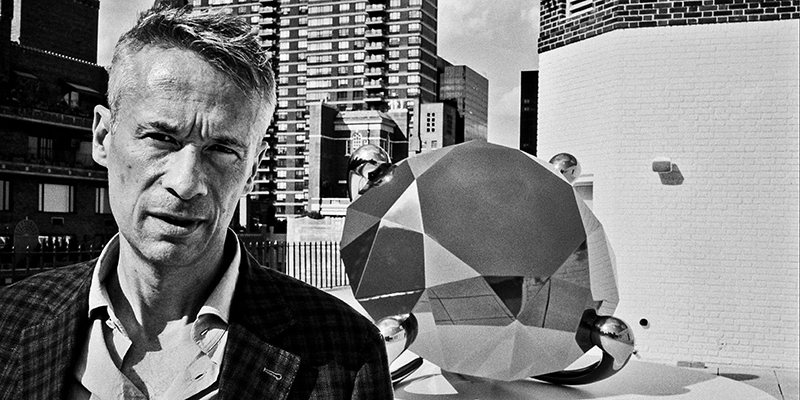 Noted scholar of American art Alexander Nemerov, chair of the Art and Art History Department at Stanford University, who writes frequently on the importance of the humanities in contemporary life, will give the commencement address at the University of Vermont on May 20.

Nemerov is a UVM alumnus who graduated Phi Beta Kappa in 1985 with degrees in Art History and English. He received an honorary doctorate degree from the university at UVM's May 2017 commencement.

“Alexander Nemerov is one of the university’s most accomplished alumni, whose celebrated career is still unfolding,” said UVM president Tom Sullivan. “His post-UVM success as one of the foremost scholars of American art by itself will be inspiring to our graduates. In addition, his insights into the importance of the humanities in helping us all find meaning in life – an area he writes and speaks about with great eloquence – will be of great value to our students as they embark on making meaning in their own post-UVM lives. It will be a great honor to welcome him to the speaker’s platform.”

Over the course of his twenty-year career, Nemerov has published seven highly regarded books, including the acclaimed Acting in the Night: Macbeth and the Places of the Civil War, considered boldly original for its reading of the Civil War through the lens of a single night’s performance of Macbeth in Washington, D.C. attended by President Lincoln.

He has also published more than thirty articles and essays in top peer-reviewed journals and has curated three exhibitions at national museums, each accompanied by a catalogue under his authorship.

This past spring he gave the 66th annual Andrew W. Mellon Lectures at the National Gallery of Art, becoming the first speaker in the history of the series to speak on American art.

After earning his doctorate in art history from Yale in 1992, Nemerov began teaching at Stanford. In 2001 he returned to Yale, where his class “Introduction to Western Art” attracted one of the largest enrollments of any undergraduate class at Yale.

In 2009, Nemerov was appointed chair of the Department of the History of Art at Yale University, and in 2010 he was named to an endowed professorship.

In 2012, Nemerov accepted the position of Carl and Marilynn Thoma Provostial Professor in the Arts and Humanities at Stanford University and was named chair the Department of Art and Art History.

His classes are some of the largest humanities classes taught at Stanford. In 2014 the Stanford Daily named him to their Top 10 Professors list.