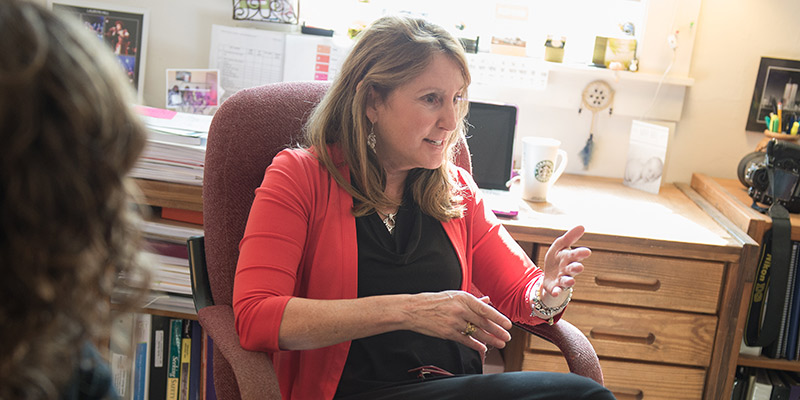 A consortium of programs treating torture survivors that includes an initiative launched at the University of Vermont has received the 2017 Human Rights Award from the American Psychiatric Association.

The award was given to the National Consortium of Torture Treatment Programs (NCTTP). The New England Survivors of Torture and Trauma (NESTT), a member of the consortium, has its roots at UVM.

“The APA Human Rights Award recognizes extraordinary efforts by individuals and organizations focused on promoting and supporting the human rights of populations with mental health needs,” Dr. Saul Levin, chief executive officer and medical director of the American Psychiatric Association, wrote in a letter to the organization.

“The APA feels strongly that NCTTP demonstrates both dedication and leadership in providing mental health care to the survivors of torture in the United States and advocating for the prevention of torture worldwide, making it a prominent recipient of this prestigious award,” he wrote.

UVM’s work with torture survivors began in 2007, when the university created a mental health treatment program for refugees who had experienced torture in their home countries. The program, called Connecting Cultures, was developed and led by Karen Fondacaro, director of UVM’s Vermont Psychological Services Clinic.

In 2009 Connecting Cultures merged with the Vermont Immigration and Asylum Advocates, which provided legal services to refugees, to become New England Survivors of Torture and Trauma. The program has recently partnered with the Vermont Law School to provide legal services to refugees and torture survivors and has affiliations with UVM’s Social Work and Physical Therapy departments.

“We’re very proud to be part of a group that has received such a prestigious and important award,” Fondacaro said. “Being recognized in this way strengthens our connections with other centers in the consortium and shows that a program within an academic environment can provide valuable services to community members and address critically important human rights issues.”

New England Survivors of Torture and Trauma has provided services to torture survivors from 29 different countries. Founded in 1998, the NCTTP currently has 35 member organizations in 18 states and the District of Columbia.

The New England Survivors of Torture and Trauma