Center Based at Vermont Law School—UVM a Key Partner 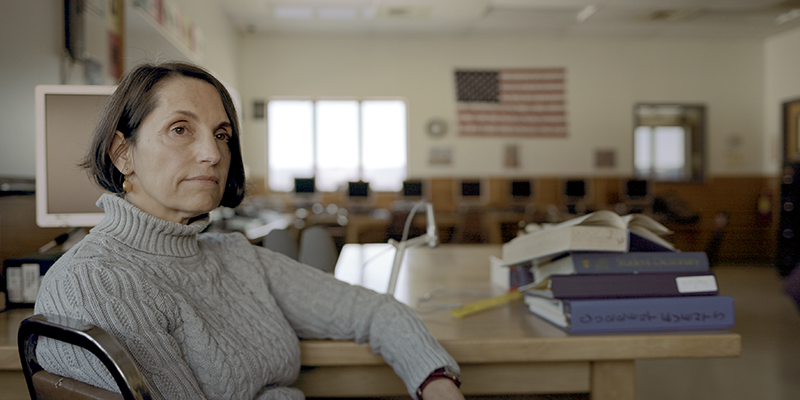 Kathy Fox is associate dean of UVM’s College of Arts and Sciences, which will serve as the research hub for the new National Center. Photograph by Corey Hendrickson

U.S. Senator Patrick Leahy (D-Vt.) Tuesday announced that Vermont Law School will receive a $3 million grant from the U.S. Department of Justice (DOJ) to establish the nation’s first National Center on Restorative Justice.  Leahy, the vice chair of the Senate Appropriations Committee, has led a several-year effort to establish and fund the Center. Leahy also has been a leader on criminal justice reform as a leading member of the Senate Judiciary Committee.

The Center, a collaboration with the University of Vermont, the University of San Diego, DOJ’s Office of Justice Programs (OJP), and other partners, will focus on engaging criminal justice professionals, community members, educators, and social service providers with incarcerated individuals and broaden their understanding of the justice system and restorative justice. Through restorative justice practices, offenders are rehabilitated through reconciliation with victims, their communities and other means. The efforts are known to reduce recidivism, and help break the cycle of violence.

“To address the problem of mass incarceration of people in our country, we need to fundamentally rethink our approach to the justice system," Leahy said. "By establishing a national center that will focus on engaging with the community, including our incarcerated population, we can begin to do just that.  Vermont is an incubator of sound ideas, and the approaches to restorative justice education and training at Vermont Law School and the University of Vermont make this a fitting collaboration to host this new, national center.  We want the new center to be a generator of workable solutions, and a catalyst for real change.

“The award of this grant recognizes the groundbreaking work being done at Vermont Law School – the only law school in the country that awards a master’s degree in restorative justice – and the opportunity to share this expertise nationally," said Vermont Law School dean and president Thomas McHenry.

“As a Land-Grant university, for UVM this center aligns strongly with our commitment to our community, our state, and our nation," said University of Vermont president Suresh Garimella. "Breaking the cycle of recidivism recognizes the potential for incarcerated individuals to turn their lives around and contribute to society in positive ways.  We’re proud that Senator Leahy, our researchers, and our colleagues at the Vermont Law School are leaders in this important effort.”

Leahy has led efforts in Congress to establish a National Center on Restorative Justice. As vice chairman of the Senate Appropriations Committee he included funding in fiscal years 2019 and 2020 for the Department of Justice to establish the center. The new national center, based in South Royalton, will be a leading voice on educating, training, and engaging with the future leaders of the U.S. justice system.

“This grant demonstrates the commitment of the Department of Justice to research and support newly forming attitudes about punishment in the United States and the value of community-based resolutions to crime­,” said Robert Sand, founder of the Center for Justice Reform at Vermont Law School and former Windsor County prosecutor. “We look forward to working with our partner institutions and OJP’s Bureau of Justice Assistance to further the critical evolution of restorative justice efforts nationwide.”

Kathy Fox is associate dean of UVM’s College of Arts and Sciences, which will serve as the research hub for the new National Center. “Pairing the educational expertise of the Vermont Law School with the interdisciplinary research strengths of the University of Vermont’s Justice Research Initiative, we are well poised to generate data-driven change focused on restorative justice practices in the United States," Fox said.