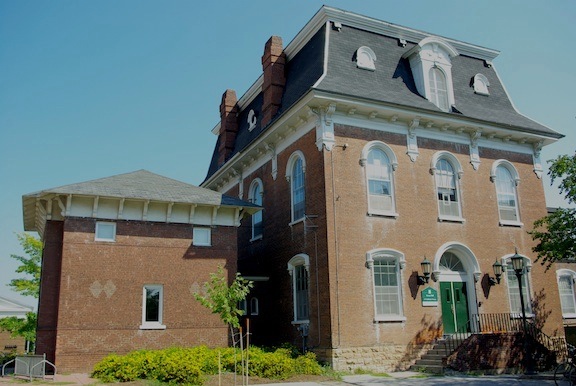 A fire is in progress at Torrey Hall on the University of Vermont campus. The fire has been contained, and the Burlington Fire Department is actively working to fully extinguish it. The fire began at 8:10 and was caused by the soldering of copper material on the roof as part of a renovation of the building taking place this summer.

No injuries have been reported.

The building houses two classrooms. No classes were being held in the building over the summer.

The Pringle Herbarium is housed in Torrey Hall, with two-thirds of the collection located on the third floor. With 300,000 samples, it is the third largest herbarium in New England and the largest Vermont flora collection in the world. The status of the collection is unknown at this point and it will not be possible to conduct a full assessment until after Burlington Fire Department releases the building.

The building also houses the Zadock Thompson Zoological Collection on the second floor. The status of this collection is also unknown.

Torrey Hall was built in 1863. The building is on the National Register of Historic Places.

Following a preliminary examination of the interior of Torrey Hall, David Barrington, director of the Pringle Herbarium, has determined that the existing collection is largely intact. There is some damage to materials that had not yet been processed. There appears to be no damage to the Zadock Thompson animal collections.

The fire was declared under control early in the afternoon, and minimal Burlington Fire Department personnel remained on site monitoring the building for possible hot spots. The building will remain under a fire watch for the next 24 hours.

All surrounding buildings that had been previously evacuated have been re-occupied. Plans are being prepared for relocating the collections, and to begin the building restoration process.