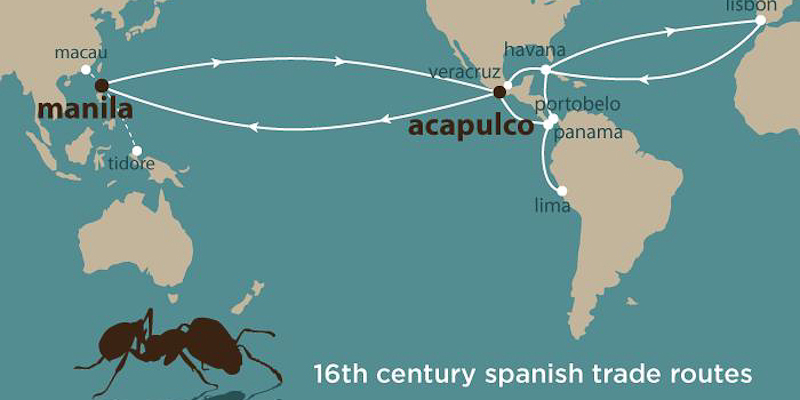 Invasive species are largely thought to be a modern problem, a product of today's global economy. But, thanks to a bit of genetic sleuthing, a team of researchers, including two UVM scientists, traced the invasion history of the tropical fire ant back hundreds of years to the Spanish Empire. It's the first ant species known to travel the globe by sea.

Their study, reported in the January edition of the journal Molecular Ecology, reveals that 16th century Spanish galleons shuttled tropical fire ants from Acapulco, Mexico, across the Pacific to the Philippines, and from there to other parts of the world. Today, the ant species is found in virtually all tropical regions, including in Africa, the Americas, Australia, India and Southeast Asia.

"Invasive ants are a huge problem. Once they arrive, they establish really high densities in new habitats, with negative consequences for agriculture, native species and human quality of life," said University of Vermont biologist Sara Helms Cahan, a co-author on the new study. "Controlling them costs millions of dollars annually."

So how did tropical fire ants (Solenopsis geminata) get on board ships — and then off again? "A lot of these ships, particularly if they were going somewhere to pick up commerce, would fill their ballast with soil, and then they would dump the soil out in a new port and replace it with cargo," explains University of Illinois professor Andrew Suarez, a lead author on the study. "They were unknowingly moving huge numbers of organisms in the ballast soil."

The researchers analyzed the genomes of tropical fire ants from 192 locales, looking at patterns of genetic diversity. The team also analyzed the trading patterns of Spanish sailing vessels going to and from the New World in the mid-1600s.

The researchers were able to date the ants' invasion of the Old World to the 16th century. At this time, the Spanish had just established a regular trade route between Acapulco and Manila, Philippines, not only setting up the first trade route across the Pacific Ocean but also effectively globalizing commerce.

"Acapulco was a big stopping point for the Spanish," Suarez said.

"From there, Spanish galleons brought silver to Manila, which served as a hub for trade with China," the authors wrote.

And that is what they found.

"There was this very clear pattern where there was the most genetic diversity in the New World, where it's native, and then you see these stepping stones of nested subsets of diversity as you move away from the New World into the Old World," Suarez said. And the pattern of genetic changes over time "always overlaps the timing of when the Spanish trade was going on," he said.

"Our research highlights the importance of historical trade routes in setting up current distributions of pest species," said Gotzek, who conducted the genetic analyses. "It also establishes the utility of using genetic data to reveal such patterns."

"Uncovering events that happened long ago, before the age of digital tracking codes and customs enforcement, is often a difficult task," UVM’s Helms Cahan said. "Luckily for us, however, it turns out that invasive species keep their own records of their history, encoded in their genomes."

The National Science Foundation and USDA supported this research. This story is adapted from a release by Diana Yates at the University of Illinois. 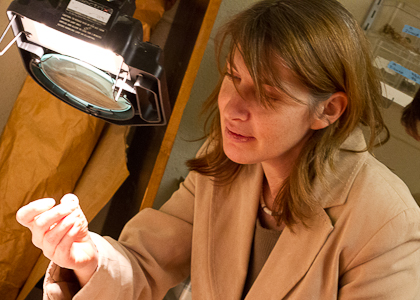