From the Archives: Dissent on Campus

Generations of student activists have rallied to change UVM, the community, and the world 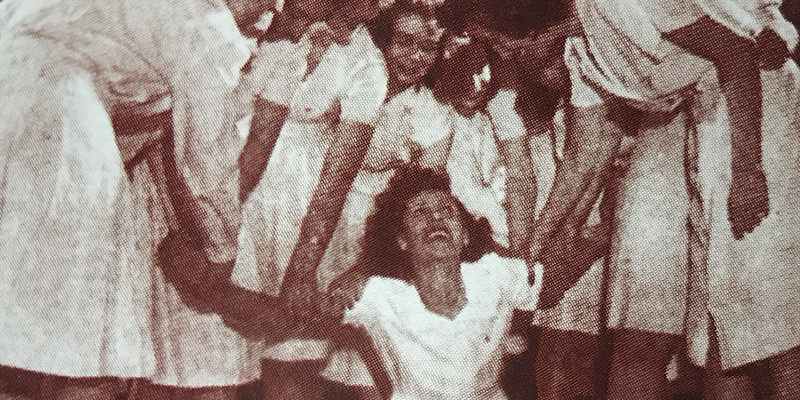 "LIFE" magazine featured Crystal and Alpha Xi Delta on May 20, 1946. The three-page feature told the story of the sorority sisters who ignored a decision by the national headquarters to not admit Malone because of her race. Members chose to burn their charter rather than accept the decision.

The following is an excerpt from "Dissent on Campus," a story that originally appeared in Vermont Quarterly, Fall 1998, by Jules Older '62.

Over the centuries, student protests have upset elders, disrupted classes and changed societies around the world. The issues have run from rancid butter to the American Revolution, impersonal universities to the Vietnam War, campus curfews to apartheid. Student protest has a long and proud tradition.

UVM students have been part of the tradition. Their — our — activism has challenged issues that range from purely local to broadly international. Students have protested segregation in campus sororities, Burlington motels, and Southern lunch counters. They have protested Kake Walk, lack of ethnic diversity, investments in South Africa. They have confronted the Vietnam War and the Gulf War, CIA recruiting and environmental degradation. One protest dealt almost entirely with a paternalistic dean of men. Student activists have changed alma mater, changed society and in the process, changed themselves.

In 1946, a year after the end of World War II, Alpha Xi Delta sorority pledged Crystal Malone ’47, a black student from Washington, D.C. This action by a hitherto all-white sorority was probably sparked by a UVM conference on religion in November, 1945. Anti-Semitism and “anti-Negroism” were among the themes of the conference. The Cynic reported that when the meeting ended, 100 students “thronged the lounge to elect a committee to investigate the quota system and abolish it on this campus.”

The “quota system” was a means of keeping down numbers of Jews at universities and medical schools by maintaining a quota— a percentage of acceptances— which would not be exceeded. The quota came to be applied to other minorities by other institutions, including fraternities and sororities.

The following January the Cynic announced, “Henceforth, all sorority rushing will be on a basis of no racial or religious discrimination.”

“The university students, mostly girls, were young, impressionable, with dreams of a better world. When I arrived on the campus in 1943 as a freshman, there was one other Black student.

“I never expected to be asked to join a national sorority. I had grown up in a segregated world. When I was asked to join Alpha Xi Delta, I remember being pleased — the spoken emotions and feelings after the war made me think it was possible.”

But it wasn’t possible. When Alpha Xi Delta pledged Crystal Malone, the national sorority president, Mrs. Beverly Robinson, traveled to Burlington to try to dissuade 18-year-old Malone from joining. Mrs. Robinson said, “Life is selective, and maybe it’s just as well to learn it while we are young.” But Malone declined to be de-selected, and the UVM chapter stood by their sister. At which point, the national sorority suspended the UVM chapter.

The chapter appealed to the university administration for help. But according to the Cynic, President J.S. Millis responded, “This is a matter between the local sorority and the national.”

The Vermonters responded with a momentous deed — they burned their charter. Doing so meant that no UVM group, including themselves, could use the name Alpha Xi Delta for five years. Knowing this, the chapter decided to close its doors — essentially saying: “if we can’t be Alpha Xi Delta with Crystal, there will be no Alpha Xi Delta.”

In less than a year the suspended Vermont chapter disbanded.

Today, a lively Crystal Malone Brown is a retired high school teacher. Looking back on the furor that surrounded her Vermont days, she says, “I remember those days with fondness. I was not an unhappy coed; my goal was to be a UVM student, find the best of life and strive for it. Perhaps I was too idealistic, but it gave me a wonderful four years. Sure, I might have missed some things, but at least I tried to capture the world before me.”