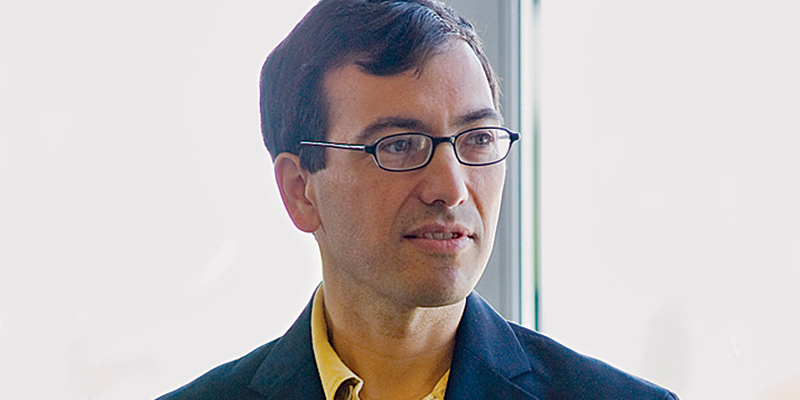 Eric Lipton, longtime reporter for the New York Times and a graduate of UVM’s Class of 1987, is among this year’s recipients of the Pulitzer Prize, which were announced on April 20.

The Times won the prize for investigative reporting for Lipton’s series on aggressive efforts by lobbyists and lawyers to push state attorneys general to drop investigations, change policies, negotiate favorable settlements or pressure federal regulators to benefit their clients.

Lipton was not far removed from his days as editor-in-chief of the Vermont Cynic, UVM’s student newspaper, when he shared in a 1992 Pulitzer Prize in Explanatory Journalism for his investigative reporting on how flaws in the Hubble Telescope had escaped detection. He was a staff reporter for the Hartford Courant at the time.

In addition to his newspaper work, Lipton co-authored City in the Sky: The Rise and Fall of the World Trade Center, a chronicle of the birth and tragic death of New York's twin towers. The book was published in 2003 to critical acclaim as "the definitive biography of the iconic skyscrapers and the ambitions that shaped them." Read a spring 2004 Vermont Quarterly interview with Lipton about City in the Sky.

Over the years since earning his UVM bachelor’s degree in philosophy, Lipton has been generous with his time in visiting campus to talk with students about journalism, the importance of the experience he gained at the Cynic to launching his career, and the intellectual grounding of his education.

"UVM offered a place in the philosophy department where I was forced to think," Lipton said in a recent talk with UVM Honors College students. "The honors thesis I did at the time was one of the hardest things I did in my life. Analytical thinking, storytelling and writing are all things you can learn well here if you apply yourself."

Lipton received an honorary degree from UVM in 2008. In 2009, he was among the UVM Alumni Association’s Alumni Achievement Award winners.