Meet the elementary school teacher behind the mittens that launched a million memes and who's spreading joy through generosity. 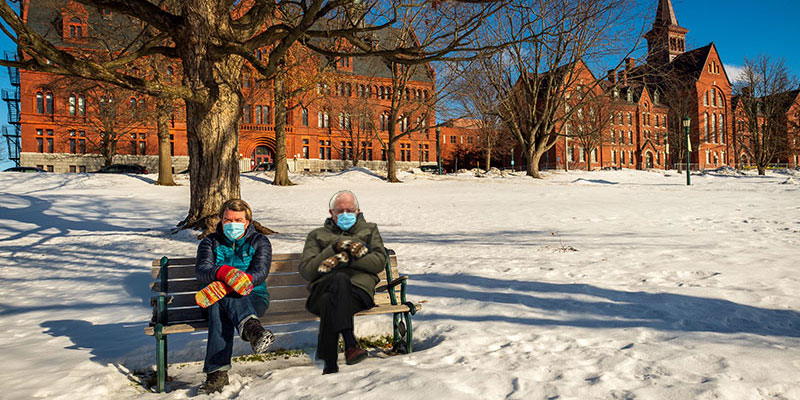 By now you may have heard that the brown, sweater-like mittens that won the internet’s heart on Inauguration Day — the ones that launched a million memes of Sen. Bernie Sanders (I-Vt.) sitting cross-legged on a folding chair in unexpected places — were made by UVM alumna Jen Ellis ’00, a second-grade teacher from Essex Junction, Vt.

Heck, you may have even tried to buy a pair of the cozy mittens yourself. Now a few weeks out from that cold Inauguration Day, Ellis has emerged from the bottom of her inbox’s unread messages to share the news: Soon, you can have a pair yourself. She’s teamed up with the Vermont Teddy Bear Company to bring her mittens to the hands of those thousands (upon thousands) who have asked where they can get the “Bernie mittens.”

We got in touch with Ellis about the new collaboration and to hear the back story behind her gift to Sanders. Here are 10 things we discovered about the Bernie mittens and how Ellis is sharing these 15 mittens minutes of fame with worthy causes.

Kaitlin Shea Catania
“Many nonprofits have lost fundraising opportunities due to the pandemic and this was an opportunity to help them make up for some of what they have lost. I hope that my efforts have branded the Bernie mittens and mitten-themed products as something that will help lots of people in the end.” — Jen Ellis '00, creator of the "Bernie mittens" 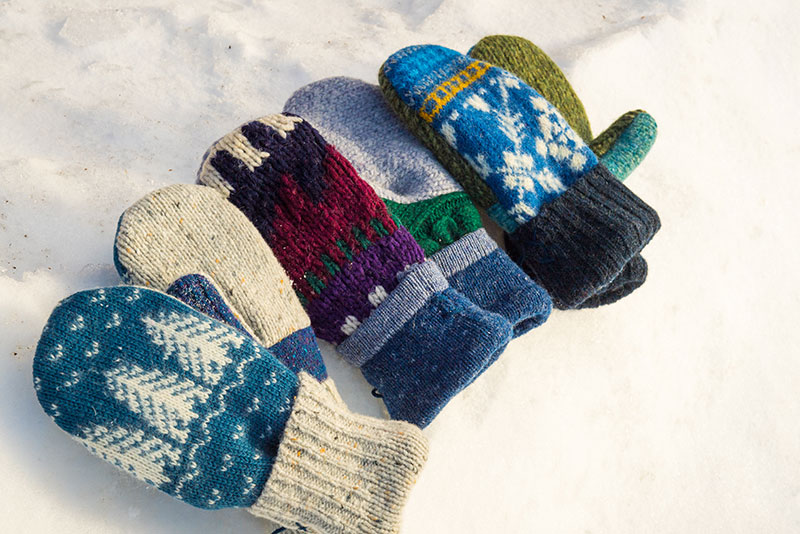 Bernie's mittens are just one pair among hundreds Ellis estimates she's made over the years, most of which have been gifted to friends or sold at small craft fairs.