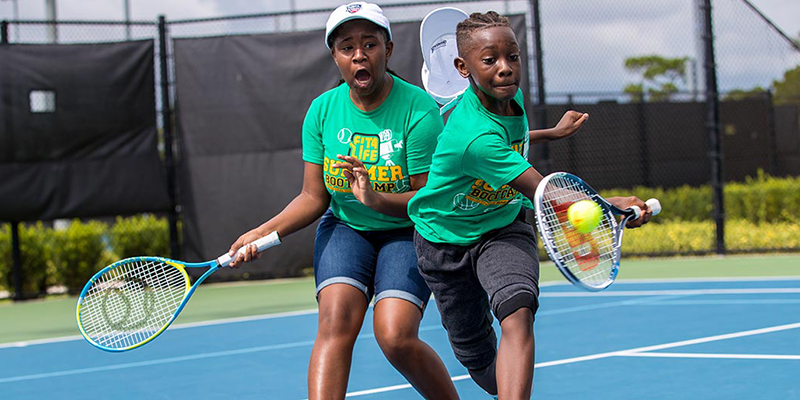 Last week, Richard Ader '63 was honored at the 2018 U.S. Open gala for his many years of work as an advocate for the National Junior Tennis and Learning Network. "Serving underserved children is exposing them to other options in life. It helps them evolve and become more knowledgable about going to college as well as giving them a lifetime sport. That combination is outstanding." (Photos: USTA/Manuela Davies and USTA/Steven Freeman)

Discovering the next Serena would be nice. But that’s not the point of the United States Tennis Association’s National Junior Tennis and Learning Network. More kids on more courts taking up a lifetime sport is the primary objective, says Richard Ader, UVM Class of 1963, a member of the USTA Foundation Board, which backs the program. As the U.S. Open kicked off last week, Ader was honored at the grand slam tennis tournament’s 50th Anniversary Gala, pictured below with the great Billie Jean King, for his many years of leadership and work in support of the game he loves.

A varsity basketball player for the Catamounts during his college days, Ader was inducted into the UVM Athletic Hall of Fame last year. It was about eight years beyond graduation, looking for a new sport to stay active and drawn by a neighborhood court, that he took up tennis as a thirty-year-old beginner. “I noticed many of the older tennis players looked younger than their chronological age, so I thought it must be a good thing,” Ader says.

Hoops quickness and agility from the hardwood translated well to the tennis court; Ader was immediately hooked and soon entering tournaments, leading to competition as co-captain of the U.S. Master's Tennis Maccabi team for sixteen years. As his love of tennis deepened across decades, so too did his commitment to creating opportunities for others to get in the game. In his work with the USTA Foundation Board across the past decade he’s been a particularly strong advocate for the National Junior Tennis and Learning Network.

The programs in multiple cities nationwide offer free or low-cost tennis lessons and equipment in a fun-first format. They also include educational programming, help with both academic and life skills that has reached some 250,000 kids across the country.

“Serving underserved children is exposing them to other options in life. It helps them evolve and become more knowledgable about going to college as well as giving them a lifetime sport. That combination is outstanding,” Ader says. 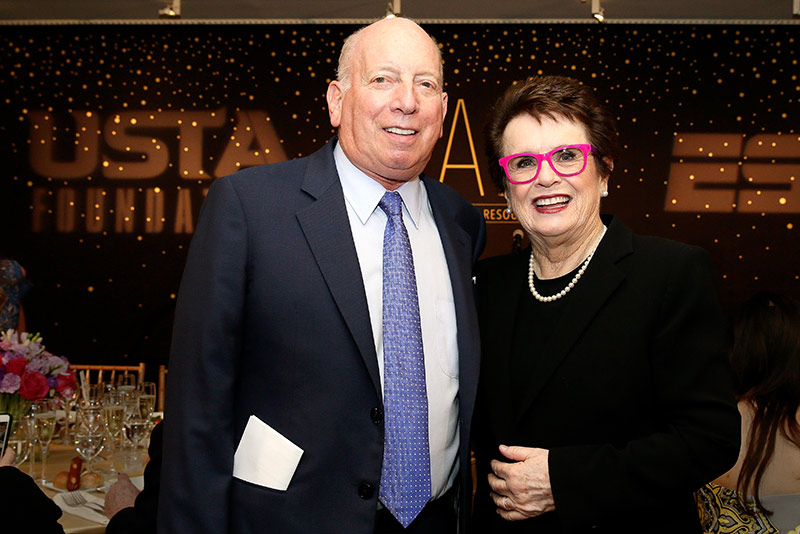 While supportive of the Junior Tennis and Learning Network’s broad effort through his work with the board, Ader himself established a chapter of the NJTL in Bennington, Vermont, a first for the program in a more rural area.

His leadership with the USTA is just one aspect of Richard Ader’s support and service for organizations he believes can make a difference. He is currently on the UVM Foundation Board, the Southwestern Vermont Healthcare Board, and served on the Women’s Sports Foundation Board in the past, among others.

But the lessons and empowerment of youth tennis has a special place in the heart of this lifelong athlete. “My message is that there are very few things in life you can do as a charitable giver that can have such dramatic impact on so many people, and for children in particular,” he says.

Thanks to Ashley Marshall, USTA Foundation, for his interview with Richard Ader.