The Recycling & Zero Waste Program is committed to sustainable materials management at UVM. We provide collection of solid waste, recycling, organics and more from all university buildings. We manage the Surplus Property Program, coordinate moving services and support educational and outreach programs to the UVM community. We coordinate and collaborate with University stakeholders on campus-wide initiatives to reduce, reuse and recycle university discards.

Our Program History Goes Back 40 Years! 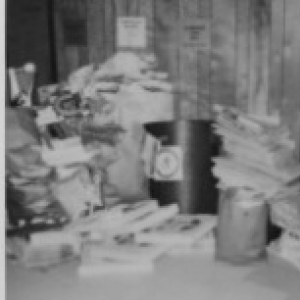 Way back in the 1980's, the Physical Plant custodial crew took the lead in creating an institution-wide recycling program. With support from the Residential Life department, barrels were set out in residence halls, and the "vintage" trash chutes were officially closed off. A student club (VSTEP) was instrumental in conducting research and writing a waste action plan to encourage the administration to recycle.  The State of Vermont enacted the state's first recycling law and established regional solid waste districts to address long range waste issues. Stacks and stacks of papers, magazines and newspapers were the typical items recycled at the time. 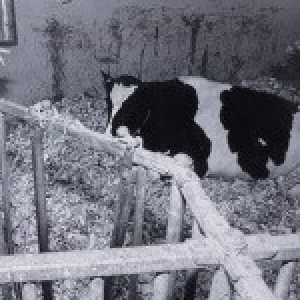 In the early1990's, the department teamed up with UVM's Miller Dairy Farm in a unique program which turned old newspapers and office paper (aka "fibers") into cow bedding used in the dairy cow stalls. Tons of paper was shredded using a roto-chopper machine, then it was baled and used in lieu of conventional hay or sawdust bedding. The used bedding mixture (along with the cow poop) was then composted on the UVM farm site. After 5 years of operation, the program ended because there were too many contaminants (such as paper clips and plastic) found in the bedding mix. That, plus the old newsprint made the cow hides "inky" and the cows were getting too smart, reading newspapers all day. Luckily for UVM Recycling, the regional Solid Waste District was building a brand new Materials Recovery Facility (MRF) a few miles from campus that could process all of our recyclable paper and containers. 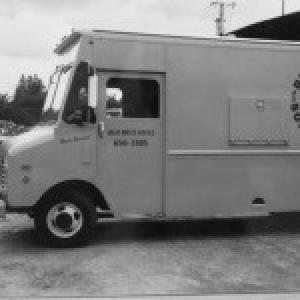 UVM started sending its recyclable materials (separated into two streams as "paper" and "containers" to the new regional Material Recovery Facility (MRF). The Recycling Crew used a big step van to collect bags of materials, and they would off load materials into larger 30-cubic yard containers. These containers were then hauled to the MRF by a private hauler. Food waste was collected in all dining halls, and brought to the then Intervale Compost Facility which had just opened up its operations in Burlington. New style recycle bins were placed around academic & administrative buildings. And, we began our annual Student Move-Out campaign to collect clothing and food donations at the end of semester. We also began collecting old computers, CRT's and monitors for recycling in an environmentally-secure manner, as awareness about the hazards of "e-waste disposal" were just coming to light. 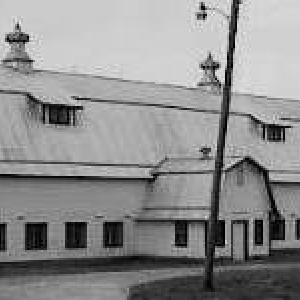 These were years of great change for UVM Recycling. The program purchased a new self-dumping hydraullic collection truck to enable us to deliver our material directly to the Material Recovery Facility (MRF), thus avoiding the contractor hauling fees. We began a household battery collection program in conjunction with UVM Environmental Safety Facility.

A several years-long "foam polystyrene recycling" program (conducted with Dining Services and DART Container) was ended due to high cost, logistical obstacles, lack of markets for foam polystyrene and environmental concerns about the use of "styrofoam cups". Instead, UVM Recycling and UVM Dining Services opted to use paper packaging and began exploring the use of "compostable" packaging, which was an industry still in its infancy at the time.

The Surplus Property program, previously operated by the Purchasing Department, was officially transferred to the Physical Plant Department to be managed by UVM Recycling. The operations were moved around to various temporary and smaller spaces around campus until it was placed in the Wheelock Barn on Spear Street, which was no longer used by the Farm.

In 2004, UVM Recycling launched the first ever ECO-REPS program and hired a cohort of students to promote recycling, conservation and environmental awareness among peers in residence halls. 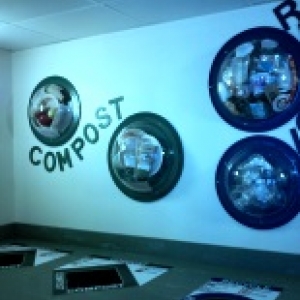 After it's demonstrated success, the ECO-REPS program was formally moved to Residential Life new UHS "GreenHouse" program, and then moved, again to its permanent administrative home within UVM's new Office of Sustainability.

In 2007 UVM was recognized as the "Outstanding College/University Recycling Program of the Year" by the National Recycling Coalition at their national conference in Denver.

UVM's new student center, the Dudley H. Davis Center officially opened as a LEED Gold certified facility, launching a new era for efficient handling of waste, recycling and food scraps at the building's loading dock. UVM Recycling embarked on initiatives with Dining Services to expand the use of compostable packaging products in all dining areas. 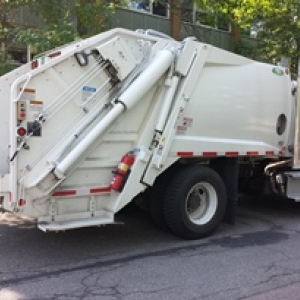 In 2014, the daily operations of the recycling and surplus crew were formally transferred to the Grounds Department in an attempt to increase efficiency of staffing and equipment. A new rear-loading compactor vehicle was purchased to replace the well-worn recycling truck, which still enables the UVM Recycling team to handle the collection of basic recyclables from most of campus.

"Composting is the new recycling" becomes our mantra, and many strides are taken to expand the collection of organics and food waste in areas beyond the dining facilities. 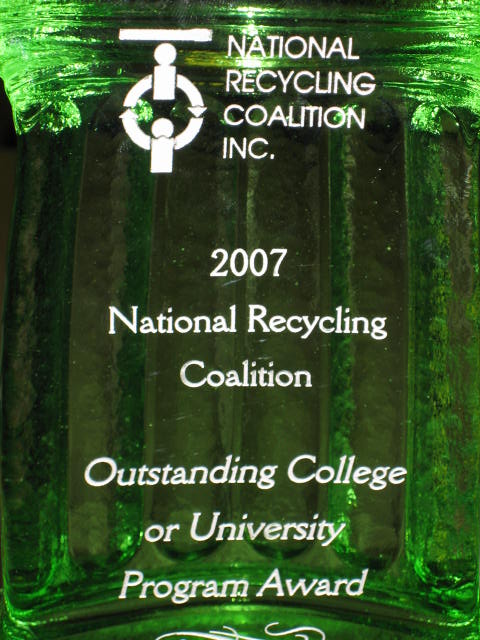