After conferring with news creators, we decided at the outset of the news tool project to transition to a 16x9 aspect ratio for featured images and a preferred 6x4 or 4x6 for images inlined further down the page. Good news? Fields dedicated to featured media can more flexibly alternate between images and video. Bad news? Talk of changing image ratios sometimes instills fear in our partners. More good news? We are planning for this to be a non-event.

What do you need to know about existing news photos?

If you have been following existing photo guidelines in news stories to add high quality, 800x400 photos, we've got you covered. Image height will be determined by the width, and the aspect ratio will stay the same. Keep in mind, existing images will get proportionally larger in the existing space (they will not stretch). In the situation where a lower-quality photo was used, it will be a larger lower quality photo. These are the only instances in which we predict users will want to make some changes.

How should you plan for a new 16x9 photo use?

We ask that you do just that -- bear in mind that when we launch this new news tool and landing page, you should begin planning for, taking and uploading photos with the new ratio. You could choose to do nothing between now and then. However, if you are planning for a news story with a large photo project, consider that at some point in the near future you will collect photos that are 16x9 and more specifically 1149 W x 647 H.

Will photos in the new image gallery also need to be 16x9?

No, any size and orientation of photos can be used when the new gallery feature goes online. However, if you want to link to your gallery from the Featured Media component on a News Landing page, then the first image in your gallery should be 16x9.

First, an example of the featured image containing a 16x9 image. Imagine this page is divided into 12 vertical imaginary columns. This new image takes up 10 of the 12 columns. (Disregard the cyan-blue and magenta spacer blocks-- those are just notes for our development team.) 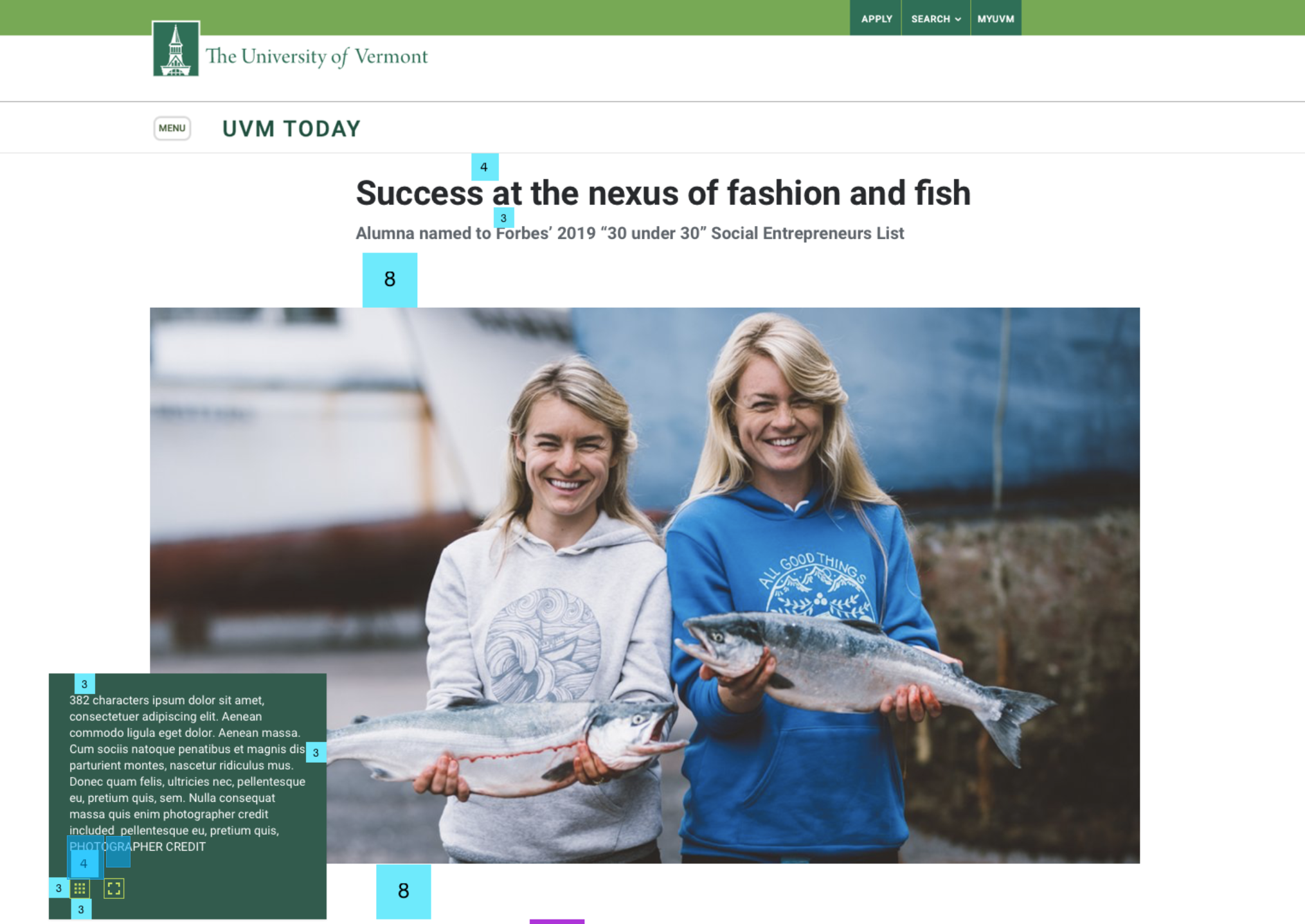 Second, an example of a legacy 800x400 image in this same location. Imagine this page is divided into 12 vertical imaginary columns. This image takes up 11 of the 12 columns and appears wider than the one above. 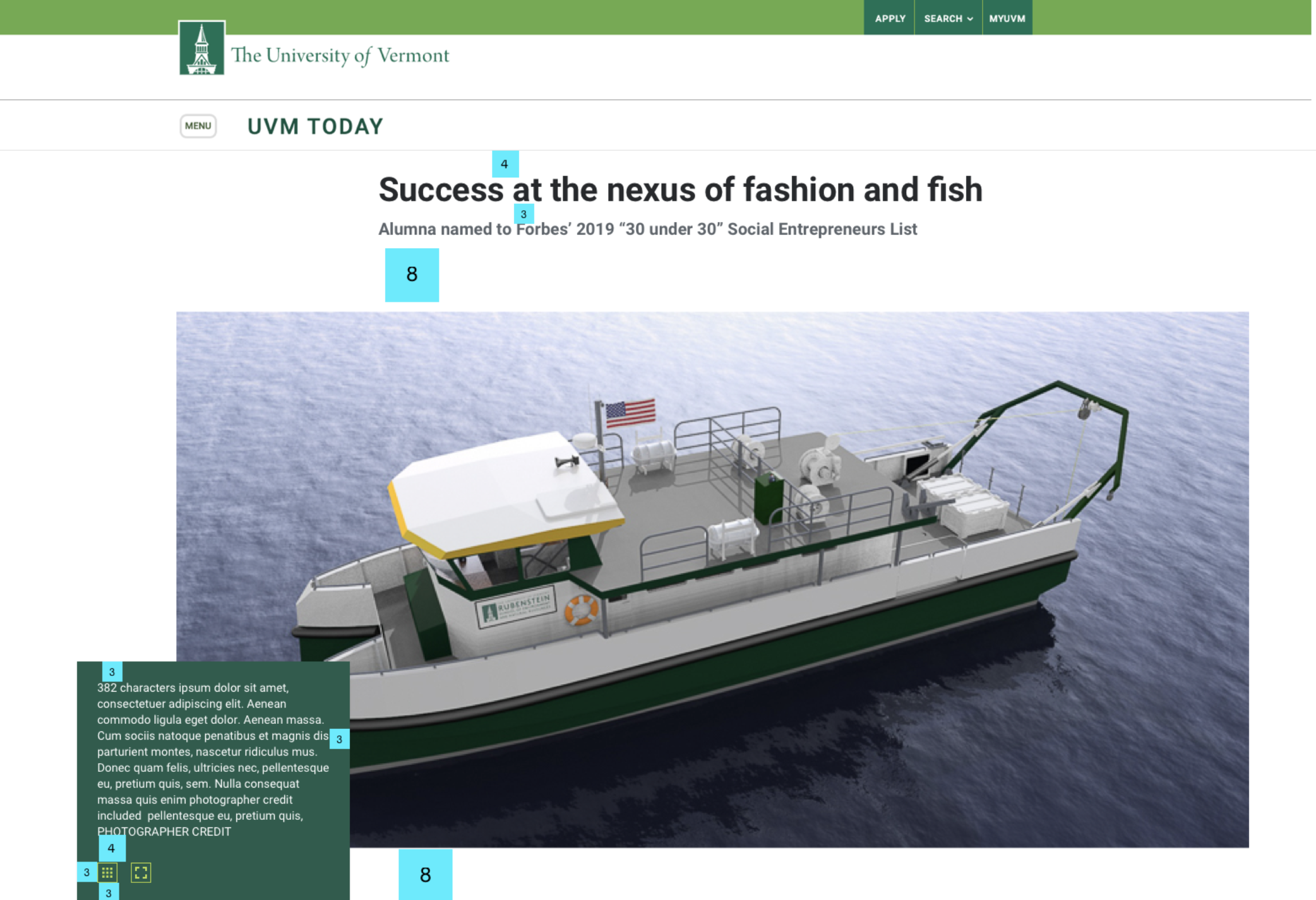 In the following image, you'll see the new inline image with a horizontal orientation (6x4). The gray box represents how a legacy 800x400 image would appear. 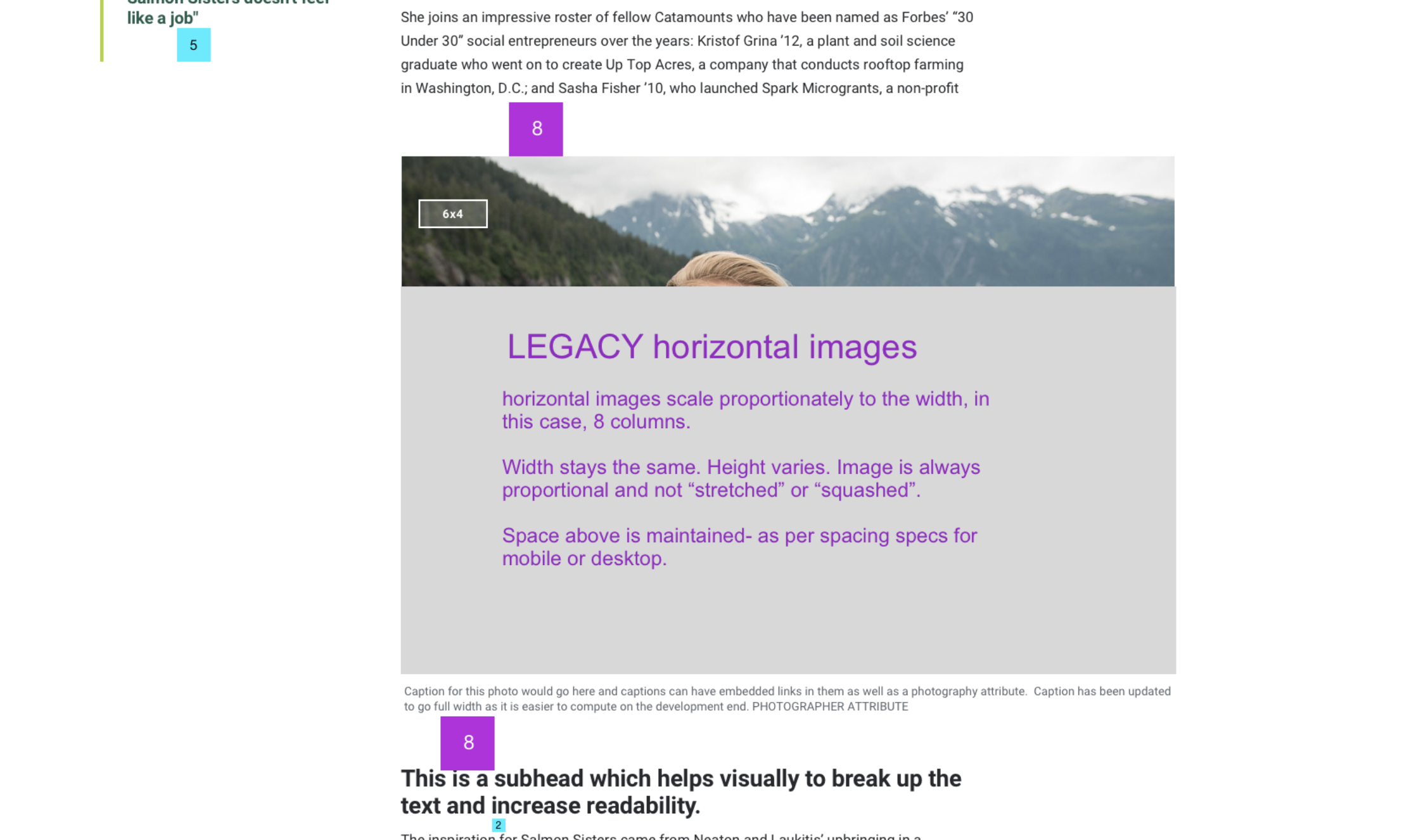 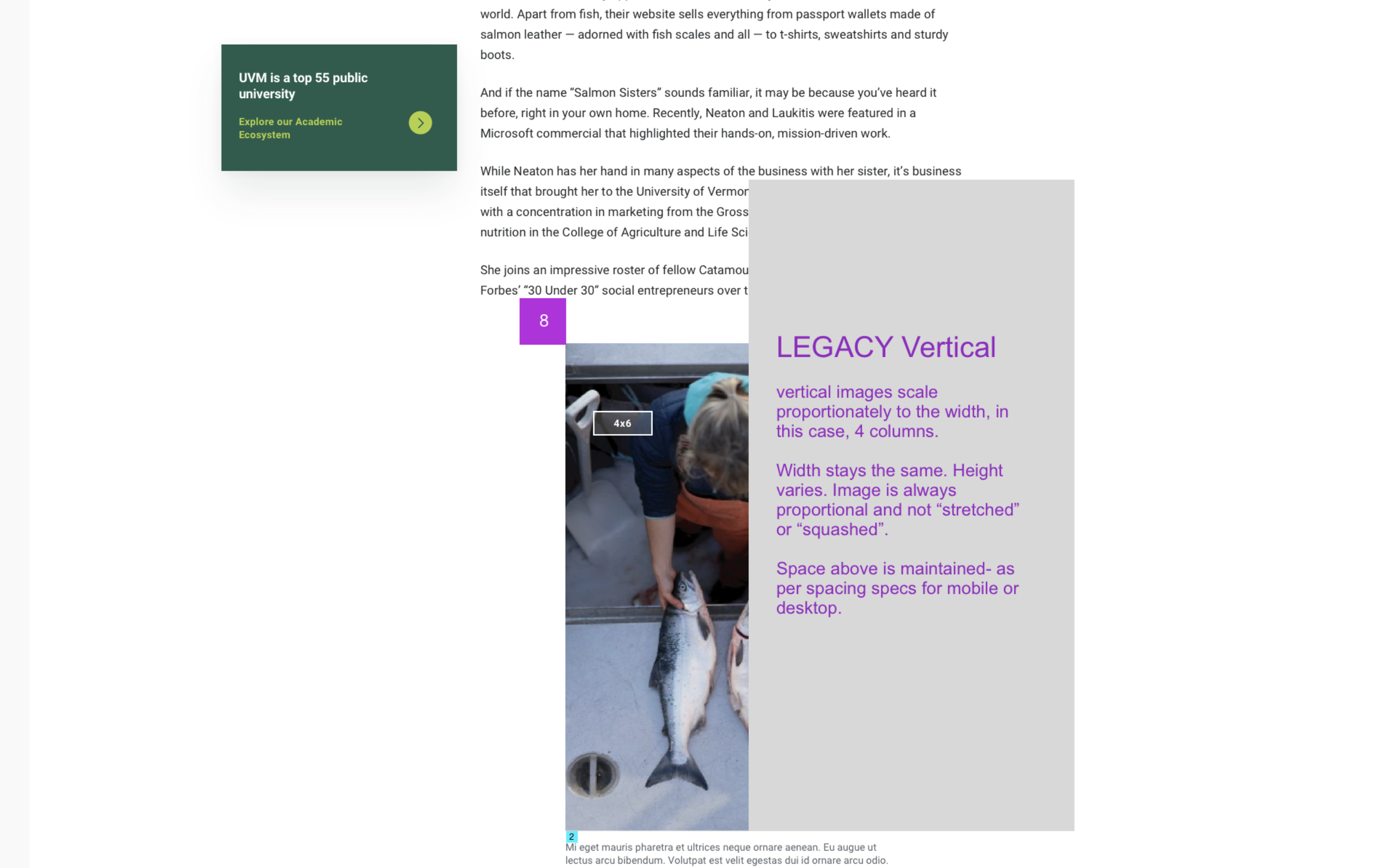