Professor Borchert specializes in the religions of East and Southeast Asia. His area of research includes Theravada Buddhist traditions of mainland Southeast Asia and the minorities of China. Other research interests include religion and politics, monastic education, transnational Buddhist networks and the legal systems that govern religious actors in Asia (both religious and secular). He received a Ph.D. (2006) in the History of Religions from the University of Chicago and a B.A. (1992) from Swarthmore College. He is the author of Educating Monks: Minority Buddhism on China’s Southwest Border (University of Hawai’i Press, 2017), and is the editor of Theravada Buddhism in Colonial Contexts (Routledge 2018). In the spring of 2010, he was a Visiting Research Fellow at the Nalanda-Sriwijaya Center at the Institute of Southeast Asian Studies in Singapore where he researched Buddhist networks. In the spring of 2014 he was a visiting research fellow in the International PhD Programme in Buddhist Studies at Mahidol University (Thailand), where he researched the relationship of monastic and national identity under the auspices of a Fulbright Fellowship. In the spring semester 2020, he will be research Buddhist attitudes to Islam in Chiang Mai. He came to UVM in 2006.

"I am particularly interested in the ways that definitions have different kinds of lives in the contemporary world. States set forth legal definitions and seek to promulgate these throughout their populace; at the same time this same populace has its own set of (often unstated) definitions. The ways these different definitions play out on the ground can have important consequences for the way people conduct their religious lives. The term religion is a case in point. People in China and Japan often remark that they “have no religion,” but then they regularly perform actions which seem to our eyes as religious. At the same time, the Chinese and Japanese states enact their own definitions of what does and does not constitute legitimate religion. When state definitions and those of the people clash, it can lead to serious problems for the continued practice of a religion or set of religious practices. Understanding these dynamics is important, and complicated by the fact that the academy has its own definitions that do not always cohere directly with those of the people we study. I want students to understand how the lives of definitions affect what we study." 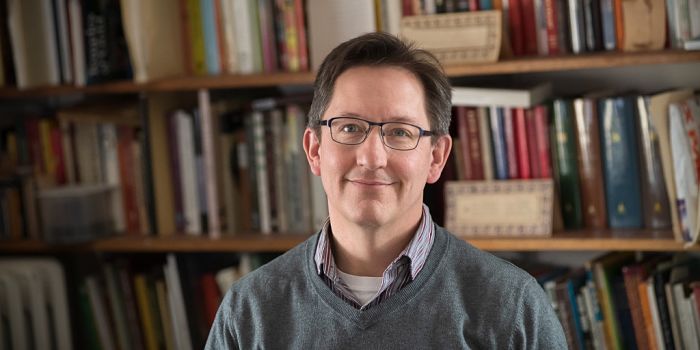 Religions of Asia, with a focus on religion and politics

REL 132 - D2: Buddhist Traditions A survey of Buddhist beliefs and practices in a diversity of cultures, including some modern developments. Credits: 3.0

REL 141 - D2: Religion in Japan An examination of Japanese values as expressed in folk, Shinto, and Buddhist traditions, and in social structures, aesthetic pursuits, or business practices. Credits: 3.0

REL 145 - D2: Religion in China Examination of Classical, Confucian and Taoist thought through texts in translation, developments in these traditions, and interactions with folk religion and Buddhism in the premodern period. Credits: 3.0

REL 255 - Religion, Nation, and State Exploration of religion in the public life of the modern nation-state. Focusing on the relationship of nationalism and religion, examines how religion is both a source of mobilization by the state and a means of resistance to it. Credits: 3.0