Professor Sugarman's fields are phenomenology, Jewish philosophy, existentialism, and the humanities, ancient and modern. His Ph.D. is from Boston University (1976), and his M.A. and B.A. are from Yale (1969, 1966). He came to the University of Vermont in 1970. He just published his latest book, Levinas and the Torah: A Phenomenological Approach (SUNY Press, 2019).  His other publications include Rancor Against Time: The Phenomenology of Ressentiment (Felix Meiner, 1980), and (with R.T. Simone) Reclaiming the Humanities: The Roots of Self-Knowledge in the Greek and Biblical Worlds (Univ. Press of America, 1986). He has authored numerous articles on the religious philosophy of Emmanuel Levinas, including an edition and annotation of John Wild, Speaking Philosophy: The Posthumous papers of John Wild (2006) ed. with R.B. Duncan; Phenomenological Inquiry 24 (2000): 205-292; and "Emmanuel Levinas: The Ethics of 'Face to Face'/ The Religious Turn" in Phenomenology World-Wide, ed. Anna Teresa Tymieniecka (Boston: Kluwer Academic Publishers), published in Analecta Husserliana 80 (2003): 409-430. Other important essays on Levinas include: "To Love the Torah More Than God," translation of a chapter of Emmanuel Levinas’ Difficile Liberté,  with H.A. Stephenson, with a commentary by R. Sugarman, in Judaism, Spring, 1979,  pp. 79- 86; “Messianic Temporality: Preliminary Reflections on Ethical Messianism and the Deformalization  of Time in Levinas” appearing in Recherches Levinassiennes; ed. R. Burrggreave  et.al. Series Bibliotheque Philosophique de Louvain, 82, 421-436, Peeters Publishers, Leuven, Belgium, 2012; “The Breakup of Totality and the Promise of Time in Thought of Emmnanuel Levinas” appearing in Levinas Autrement, ed. R. Burggreave et. al. Series Bibliotheque Philosophique de Louvain, 83, 445-460. Peeters Publishers, Leuven, Belgium, 2012; "The Notion of the 'Face' in the Thought of Emmanuel Levinas." Encyclopedia of the Bible and Its Reception  (Verlag Walter de Gruyter).  Editors Hans-Josef Klauck et al., 2013; “Toward a Rationality of Transcendence: The Importance of Emmanuel Levinas to Contemporary Jewish Thought” A Perennial Spring, Downhill Press: Jersulalem, New York, Feschrift in honor of Rabbi Norman Lamm, 1-20.

Professor Sugarman also served as Director of the Integrated Humanities Program for first-year students from 1994-2014. Sugarman has won each of the three teaching awards at UVM, Kroespsch-Maurice Award for Excellence in Teaching, the Dean’s Lecture Award, and the George V. Kidder Outstanding Faculty Member Award, given by the UVM Alumni Association. He also has served as a senior advisor to Vermont Senator Bernie Sanders (I) from 2007-2017.

"It is through Philosophy that I approach the field of Religion, and the subject matter of Jewish Studies, in particular. The emphasis is on learning to read seminal texts in Religion, Philosophy, Jewish Studies, and the Humanities. The approach is through dialogue where students become part of an on-going conversation with the great thinkers and texts of the past and present." 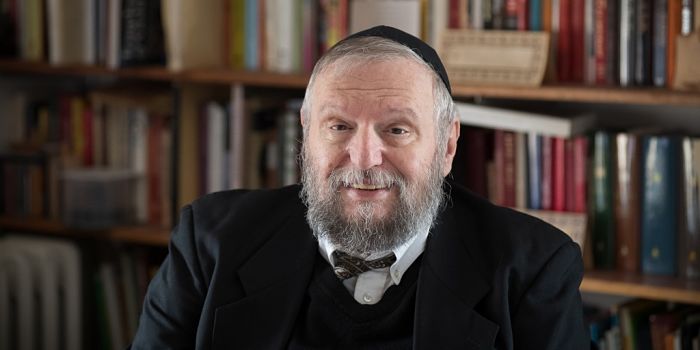 REL 027/028 - Integrated Humanities Study of religious and philosophical thought in Western culture from Hebraic and Greek antiquity to present. Credits: 6.0

REL 085 - On the Meaning of Life An exploration of the ways in which different religious and philosophic thinkers, texts, and traditions have responded to questions concerning the meaning of human life. Credits: 3.0

REL 114 - Jewish Scriptures Study of the history and writings of the Hebraic-Judaic religion to the first century B.C. Credits: 3.0

REL 180 - Moral and Religious Perspectives on the Holocaust A study of the Holocaust in relation to questions of moral responsibility, justice, guilt, and human suffering, focusing on Jewish responses. Credits: 3.0

REL 214 - Studies in Judaica Selected topics of concentration emerging out of and related to the study of normative Judaism, e.g. the prophetic faith, Rabbinic Judaism, Hasidism, and Jewish mysticism. Credits: 3.0